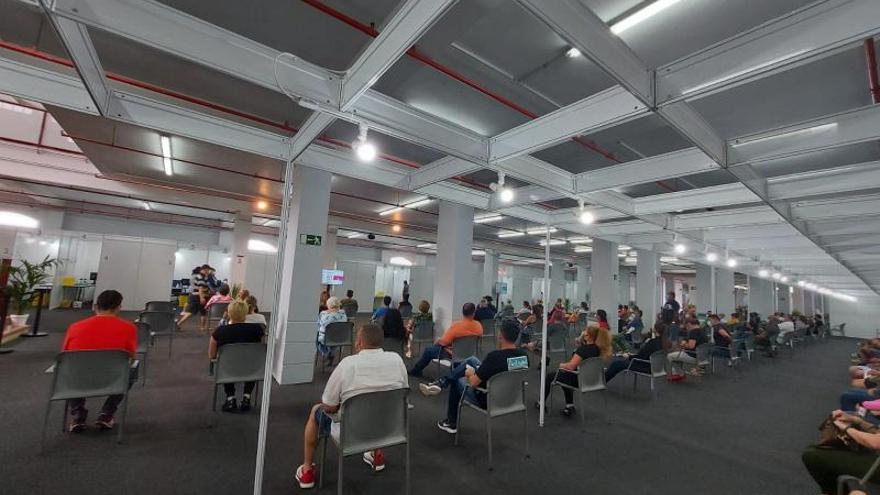 Since the beginning of the process on December 27, and waiting to know today’s figures, the nursing professionals have administered 1,384,768 doses of the sera, 93.84% of the arrivals to the autonomous community until the end of week.

The truth is that the massive inoculation points play an essential role in achieving the Executive’s objective. In fact, since yesterday, the Ministry activated two new spaces in Gran Canaria: those announced in the fighting ground of the La Presa Sports Complex, in Pedro Hidalgo, and in the Juan Carlos I Hospital. Both devices operate every day of the week and they have the capacity to vaccinate 2,100 people each day between the two.

It should be remembered that last week a new vaccination course was also installed in Tenerife at the Institute of Social and Social Health Care, capable of taking 300 daily inoculations, and which opens its doors from Monday to Friday. In addition, the activity of seven health centers on this island was reinforced over the weekend.

Between June 7 and 13, 171,486 injections were administered, 25,737 more than in the previous week. After having concluded the activity between the members of group 1 and 2 – users of residences, workers of these spaces and toilets who work in the first line – the process continues among the rest of the groups. Thus, group 3 – other health professionals – is already vaccinated 100% with one dose and 62.32% with the two indicated.

For its part, the fourth group, that of people with a high degree of dependency who are at home, has already been vaccinated at 73.1% with the two punctures. In the fifth group, on the other hand, made up of those over 66 years of age, there are already 215,930 people who have accessed the two doses, which translates into 75.29% of the group.

Likewise, 46,998 components of group 6 – essential professionals for society such as firefighters or teachers – are vaccinated with a dose of the compounds, that is, 72.2%, while 41.7% have already completed the regimen.

On the other hand, 77.48% of the members of group 7, which includes the population under 60 years of age at risk of suffering severe clinical pictures of Covid-19, have already received the two doses necessary to develop immunity . Also, 115,049 users between 60 and 65 years old –group 8– have been summoned to access an injection, which represents 75.45% of the group, compared to 11.7% who have already concluded the schedule.