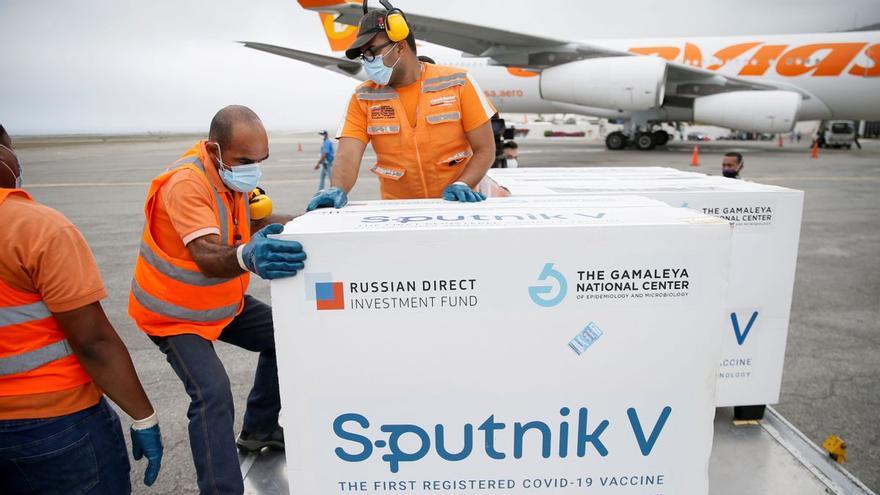 This was stated in response to journalists during the press conference after the Regional Government Council, where he explained that during the day yesterday, Wednesday, 14,407 of the currently permitted vaccines were administered.

According to the latest data from the Ministry of Health, more than 354,705 doses of vaccines against COVID-19 have been administered, of the 457,120 received, which represents 77.60 percent.

Of the total of the doses used from the three laboratories approved by the European Medicines Agency to vaccinate in Europe, 249,022 were from Pfizer, 21,792 from Moderna and 83,891 from AstraZeneca, as reported by the regional Executive.

In addition, until yesterday, Wednesday, the immunization of 114,637 people who have already received the two doses of the vaccine in the Canary Islands, representing 6.13 percent of the target population (1,871,033 people) had been achieved.

On the other hand, Pérez pointed out that if on May 9 the declaration of the State of alarm remains without effect, the Canary Islands will be pending so that they do not lose the health, economic and social shields that have been in force during the last year.

“If that objective is reached – he said -, if it is possible to dispense with the legal declaration of the State of Alarm, it does not mean that on May 10 everything is over and we will regain the normalcy that we lost at the beginning of last year.”

Here, he understood that some of the restrictions will have to be maintained and special emphasis on two areas; on the one hand in the sanitary aspect and on the other not to lose the economic and social shields derived from the State of Alarm.

“We already know that some, if it is the case, would be prolonged like the ERTE but there are others that have to do with rents or evictions that we care about to be attentive legally and that there is no reduction in the level of protection” .

The European Medicines Agency (EMA) confirmed this Wednesday that it will carry out “An inspection of good clinical practice” on Russia on the way in which the trials were carried out in the volunteers with the vaccine Sputnik V, which is in a continuous review process in this regulator.

The Executive Director of the EMA, Emer Cooke, justified that it is “a normal process” that the agency follows during its drug evaluation process and seeks to confirm that clinical trials followed adequate scientific and ethical procedures, given the concern that international standards were not met.

Russia has indicated that military and state employees have participated in the trials of the vaccinedeveloped in a state laboratory and funded by the Russian Direct Investment Fund (RDIF), a sovereign Kremlin fund, which said there was no pressure on the people who took part in the trials. “We will carry out an inspection of good clinical practice in Russia. This is an evaluation of the way in which the test was carried out that allowed the results to be generated. This is a normal procedure that we follow for many vaccines and drugs depending on our knowledge of the trials that have been conducted and whether other authorities we work with have also conducted similar inspections, ”Cooke added.