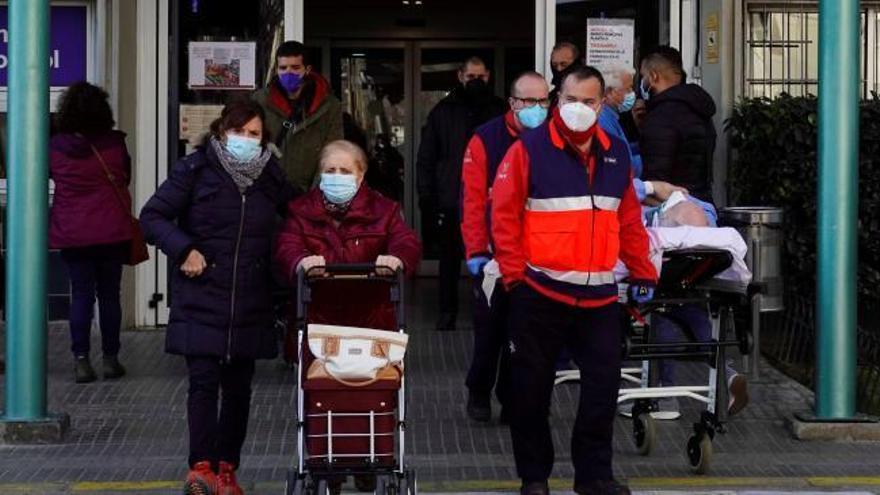 The relaxation of the measures during the Christmas meetings has made the epidemiological picture of Gran Canaria worse. During the last week the island has accumulated 641 infections of the 1,731 registered in the Archipelago, which means that two out of every five infections that have occurred in the region have occurred in Gran Canaria. Seven days ago the island overtook Tenerife for the first time in two months in the number of daily infections.

These data are given after December became the month with the most deaths from Covid-19 in the Canary Islands, with 85 deaths. So far in January, 24 people have lost their lives fighting SARS-CoV-2. In the last hours two people died in Tenerife and two in Gran Canaria, aged between 55 and 93 years, one of them associated with the outbreak of the Ifara social and health center, in Santa Cruz de Tenerife.

La Graciosa registered its first coronavirus outbreak over the weekend since the health crisis began. Three infections in the family have forced another 47 people to remain in isolation, since they maintained close contact with them. This means that about 7% of the population of the island of the Chinijo Archipelago is in quarantine. The close contacts of the three confirmed positives are awaiting PCR testing.

From yesterday until next January 24, Gran Canaria and Lanzarote are governed by the new restrictions imposed by the Government of the Canary Islands to stop the advance of Covid-19. Both islands, together with La Gomera, are at alert level 2, so the maximum capacity allowed between non-cohabitants in spaces for public and private use is four people. The limitation of circulation at night, except for properly justified trips, operates every day of the week between 10 p.m. and 6 a.m. In addition, urban and metropolitan public transport is limited to 50% of its usual capacity.

Sports activity inside the facilities is restricted to a maximum of four people per group, including the monitor in group activities where the safety distance of two meters cannot be maintained.

The municipalities of La Oliva and Tuineje have implemented several measures, including limiting freedom of movement between 10 p.m. and 6 a.m., to curb the number of infections that municipalities have registered in recent days. They also limit the group of people living together the permanence in spaces of public use as private, closed or outdoors. In addition, the hotel and restaurant establishments are closed to the public before 10 pm.

For its part, the Department of Sports of the Puerto del Rosario City Council announced yesterday the suspension of football competitions and training in sports facilities until January 24 due to the increase in infections on the island. The consistory pointed out that it is a decision taken by the board of directors of the Inter-island Football Federation of Las Palmas and endorsed by the City Council given the serious situation of the pandemic on the island.

Members of the Civil Guard processed 44 complaints last weekend in Corralejo for non-compliance with the measures related to Covid-19, the majority for not wearing or not wearing the mask correctly.