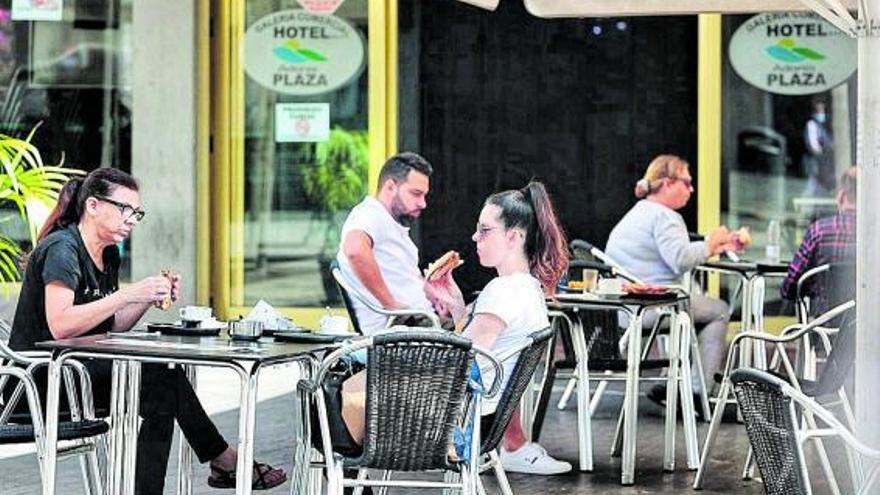 The also Minister of Public Administrations explained that next Thursday the members of the Government will make a decision regarding the restrictive measures currently imposed in the Archipelago. Pérez alluded to the Interterritorial Health Council that last Wednesday decided that all the communities adopt common measures for the new de-escalation and that they adapt to the current epidemiological situation. For this, they will take into account both the reduction in the rate of infections that is being generated in much of the country, as well as the progress in the vaccination campaign.

The island traffic light will remain unchanged for another week, which means that Gran Canaria remains at level 1, and that both Lanzarote and Tenerife will remain at 2. «In these islands, infections have not decreased so much, therefore The situation is not so good that the government decides to lower them, "said Pérez. And it is that both islands have shown an often erratic evolution and that does not respond to a clear trend. This is the case of Tenerife, which, after two weeks of continuous decline in its epidemic curve, has shown a sign of rebound in the last two days. Thus, yesterday, after adding 83 new cases, the weekly count rose 2.5% compared to the previous week. Regarding Lanzarote, although it has managed to considerably reduce the number of diagnosed weekly and daily positives - as a consequence of controlling the main focus of infection that occurred in a gym - its healthcare pressure continues to increase. Yesterday, two new patients were admitted to the Molina Orosa Hospital, reaching five. In any case, the occupancy indicators continue at a low risk level.

The case of Gran Canaria.

The Government spokesman dedicated part of his speech to mentioning the epidemiological situation in Gran Canaria, given that "once it has passed to level 1, it has continued to improve." The island accumulated 34 new cases yesterday, which means that it has accumulated only 150 cases in the last week. In this way, the island maintains a 24.6% reduction in its weekly cases, which are already very low. The last time the island reported this number of weekly cases was in early December, just before the infections soared.

What happens in Tenerife?

The counselor tried to answer this question although, as on other occasions, he could not give a concrete answer. However, he did point out that the epidemiological profile on the island was based on outbreaks not related to each other and widely dispersed throughout the island. "Control must be maintained," he said.

With regard to the whole of the Autonomous Community, the report collects that globally the indicators point to an increasingly positive evolution. Thus, although the Accumulated Incidence at seven days for the group of ages is still at medium risk, the impact on the group aged 65 and over is at a low risk level and the rest of the complementary indicators for evaluating the level of transmission and use of healthcare services are at low or minimal risk. Therefore, it is proposed that it continue at alert level 1. This will allow the autonomous community to take advantage of some of the de-escalation measures imposed by the central government. On the other hand, for the United Kingdom this has not been enough, and it will keep the Canary Islands on its amber traffic light of countries to travel to.

Despite the statements made on different occasions by the director of the Center for the Coordination of Health Alerts and Emergencies (CCAES), Fernando Simón, the Canary Islands have not yet considered relaxing the use of a mask. "This is not the time to think of an exception," said Pérez, who admitted that in some countries the decision to abandon it has already been made. However, this relaxation has been conditioned by "stricter rules." "We will go little by little," he stressed.