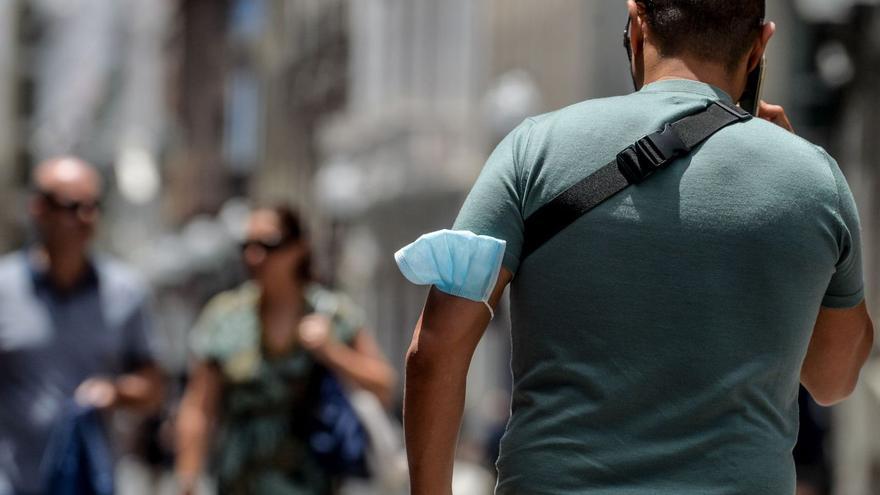 Canary deck increase restrictions on the capital islands after the December bridge. Both Tenerife and Gran canaria maintain an upward trend in infections – more pronounced in the latter – however, after the modification of the thresholds of the national covid traffic light, they will remain in level 1 because they “do not meet the criteria yet” to be forced to increase their restrictions. Specifically, Tenerife has four of its epidemiological indicators at medium risk, including ICU occupation, and one at high risk. Gran Canaria, for its part, has two indicators at medium risk and two at high risk, all of them related to incidence.

Despite the changes undertaken in the thresholds of the covid traffic light, it is possible to see a worsening of the situation in Fuerteventura. The island entered level 2 just a month ago (on November 11), but the infections have not stopped growing. This week, the reported cases have grown by 33%, a figure above the average for the Canary Islands, whose growth of positives is at 30%. The implementation of restrictive measures has indeed borne fruit in Lanzarote and La Graciosa, which, since yesterday, have returned to green traffic light measures thanks to their good epidemiological indicators.

These decisions regarding the covid traffic light take place at the gates of the December bridge and on the day on which The Archipelago has 484 cases, the highest figure in 108 days. The Canary Islands did not register a higher figure since August 12, at the peak of the fifth wave and with this increase it grows 30% compared to the previous week. The island that has experienced the fastest rise in infections is Gran Canaria, which already exceeds Tenerife in the number of new diagnosed cases. This week, the capital island has exceeded 1,000 weekly cases and yesterday added 201 new positives, also its highest figure in 108 days. The number of infections in Tenerife is somewhat lower, since yesterday it reported 990 weekly cases and 187 new diagnoses in 24 hours.

Regarding the non-capital islands, it is worth highlighting, in addition to Fuerteventura (which added 58 new cases yesterday), the increase in cases on La Palma which, after notifying 15 new cases yesterday, accumulates 46 weekly positives, 27% more than the week previous. La Gomera and Lanzarote maintain a stable level of infections, with a slight decrease in the case of the latter. El Hierro has not reported new cases for more than two weeks and only maintains one asset.

Despite the rise in infections, hospitals still maintain adequate levels that allow them to maintain care. In the Archipelago there are 244 hospitalized patients, of which 37 are in critical condition. The most important increase in hospital admissions is occurring in hospital beds. The daily average of beds of this type occupied during the last week by patients has increased by 22.7% compared to the previous week, with an average of 173 beds occupied, although the percentage of occupancy is at a low risk level in the islands, except La Palma and El Hierro which are at very low risk.

The number of beds Occupied ICU maintains the upward trend that began three weeks ago, with an occupancy percentage of 7%, which represents a low risk. Most of the islands continue to have a very low risk level in terms of ICU bed occupancy, except Tenerife and Fuerteventura. The island with the highest number of patients is Tenerife, which has 143 admissions, of which 18 are in the ICU. This represents 11.24% occupancy of critical patients and a medium risk. Fuerteventura, for its part, has a saturation of 18.1% of covid patients in the ICU, which is a high risk. The median age of those hospitalized is 65½ years.