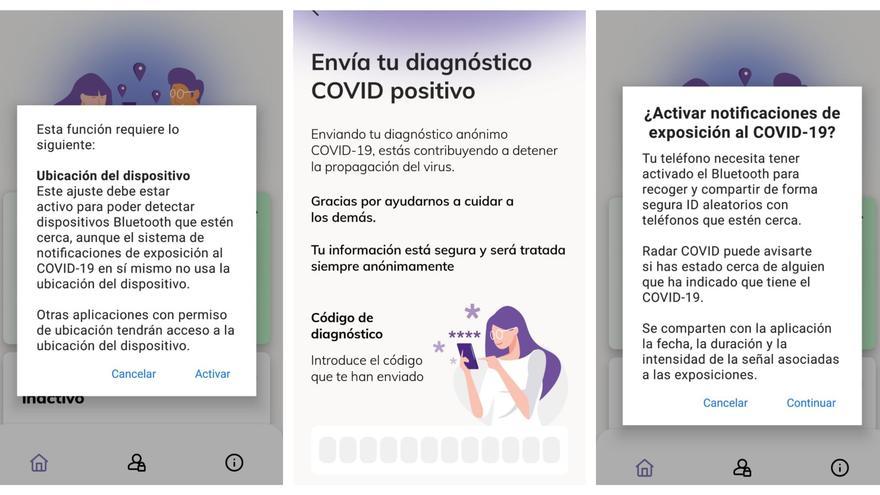 The mobile application for tracking close contacts of positive cases of COVID-19 detects twice as many infected as manual trackers. COVID radar "shows satisfactory results in all the variables analyzed", the Secretary of State for Digitization and Artificial Intelligence, Carme Artigas, explained on Monday about the results obtained in a pilot test in La Gomera (Canary Islands) between June 29 and 31 July, in which four waves of fictitious regrowths of COVID-19 have been simulated. The application has detected 6.4 close risk contacts detected by confirmed simulated positive. This figure represents almost double the current efficiency of manual tracers, which in the Canary Islands detect an average of 3.5 contacts.

The Balearic Islands and the Canary Islands are considering implementing a functional and less "sophisticated" initial version of the app from mid-August, which will be available in general from September 15, Artigas explained. Each autonomous community, together with Health, must decide on the implementation of this tracking mechanism. Those who wish may connect the tool with their health warning management systems.

As the secretary of state has assured, it is considered that it will be truly useful from around 25% of downloads and use, and from there it would increase its effectiveness "linearly".

During its development, and despite the fact that it only worked on the island of La Gomera, more than 60,000 people downloaded the app throughout Spain. The first objective of the pilot was to precisely assess the adoption of the tool, that is, the number of people who would download it, and a target of 3,000 participants was set for La Gomera, a goal that has been exceeded according to the data obtained during the test. . A second objective was to measure retention, referring to the number of users who kept the app active after downloading it. The results also point to an 83% average retention achieved. In addition, the commitment of the users in the communication of fictitious positives was analyzed, achieving 61% of active communications, of which 78% occurred within 24 hours after receiving the simulated contagion code.

Due to the design of the Radar COVID, no user can be identified or located because there is no registered data and because the entire process takes place on their phone without going to any server, the Ministry highlights. Both the use of the app and the communication of a possible contagion will always be voluntary. The application uses the terminal's Bluetooth connection, through which the mobiles emit and observe anonymous identifiers of other phones that change periodically. When two terminals have been close for 15 minutes or more two meters or less apart, they both keep the anonymous identifier issued by the other. If any user were diagnosed positive for COVID – 19 after performing a PCR test, they would decide whether to give their consent so that an anonymous notification could be sent through the health system. In this way, the mobile phones that had been in contact with the patient would receive a warning about the risk of possible contagion and instructions on how to proceed would be provided. As no data of any kind is requested, it is impossible to identify or locate any user in any way.