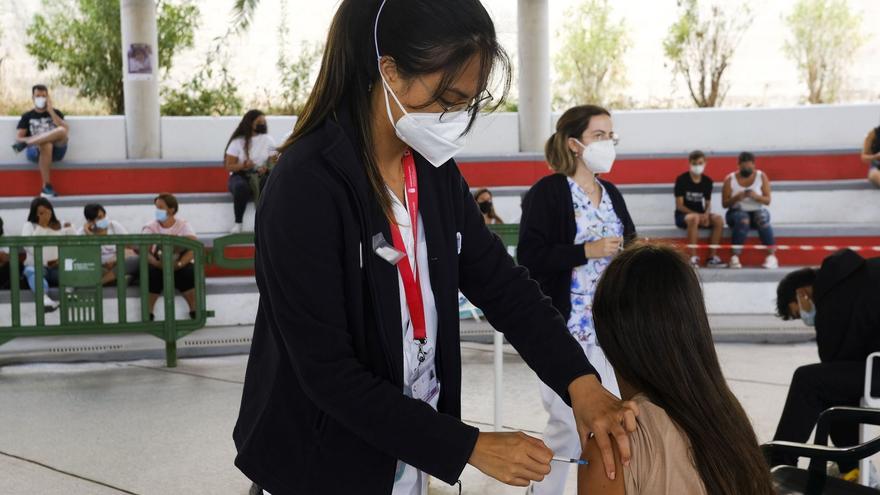 In addition, until yesterday the immunization of 1,197,089 people who have already received the complete vaccination schedule against the coronavirus.

In the archipelago there are 1,491,034 people who have received, at least one dose of the vaccine, that is, the 76.04 percent of the target population, which has been increased by including the population over 12 years of age in the National Vaccination Strategy against covid-19.

The vaccination schedule is developed by the target population groups to which it is directed and by available vaccine destined for each age group according to the National Vaccination Strategy.

In this sense, the vaccination teams in each basic health zone are advancing with each population group as the previous one ends, prioritizing continuing with the maximum coverage of each age group, without the vaccination process being paralyzed on any island .

Group 4, that of large household dependents, is 99.57 percent immunized with the two doses.

Vaccination coverage has also been completed with a dose of group 7, which includes the population under 60 years of age at risk of severe covid-19, since 12,420 people have been vaccinated, while 99, 97 percent of this group has received both doses.

Regarding group 9, made up of people between 50 and 59 years old, 92.70 percent are already immunized.

The immunization of group 10, which includes people aged between 40 and 49, has also progressed so that 213,895 people, 66.42 percent have received both doses.

Regarding group 13, made up of adolescents between 12 and 19 years old, there are 56,618 people who have received a dose of the vaccines, 31.49 percent of the target population of this age group.