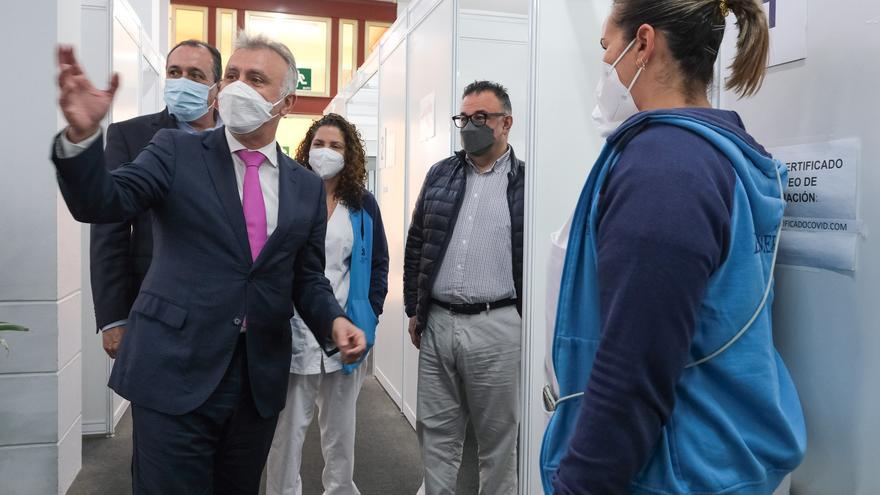 The Archipelago is committed to applying a homogeneous criterion in all Spanish regions when counting deaths from coronavirus. This was stated this morning by the President of the Government of the Canary Islands, Angel Victor Torres during his visit to the mass vaccination point of infecton the occasion of the commemoration of the second anniversary of the detection of the country's first positive case in La Gomera. “There must be an updated protocol so that all communities make an identical count of people who are positive, those who enter the ICUs and those who end up dying. There is a debate about deceased with or by Covid and I hope that this can be regulated, ”said the leader of the regional executive. And it is that, in his opinion, “it is not logical” that the Canary Islands register more deaths than other communities that have a higher percentage of occupation in intensive care.

Based on the words of Torres, the region has established "consensus mechanisms" in the interterritorial commissions and has "scrupulously" respected the established count. “We are transferring what the health workers who carry the death certificate put in the documents and we maintain that they are people who die and have Covid, even if the death is for another reason,” she explained.

The petition has already been transferred to the Interterritorial Commission and, although there is still no scheduled date to remedy the conflict, the president hopes that it can be resolved "as soon as possible".

Another of the objectives is to avoid the arrival of a seventh wave, and even more so taking into account the exorbitant count of positives that the sixth onslaught of the pathogen has left. «The sixth wave represents 45% more than all the positives of all the previous waves together», asserted Ángel Víctor Torres, who did not hesitate to value the importance of the vaccine. "If we had not had the vaccine, we would be talking about thousands and thousands more deaths."

The appointment in Infecar was also attended by the director of the Canary Islands Health Service (SCS), Conrad Dominguezand the Minister of Health, Blas Trujillo. Precisely, the head of the Canarian health assured this Monday that the forecast of the Ministry is that the childhood vaccination starts in the educational centers this week. “We have been working with the Ministry of Education for several weeks to implement pediatric vaccination in schools and we hope to start this week. We are going to choose certain centers to start the process and we have already analyzed the protocol to implement it.”

Based on the information handled by the Ministry of Health, the autonomous community has added this Monday 625 Covid-19 infections, after having carried out 3,608 diagnostic tests on Sunday, 1,247 less than on Saturday. In addition, the Archipelago has lamented five new deaths linked to SARS-CoV-2 infection. The deceased were between 77 and 92 years old and suffered from previous pathologies. Three of the deaths have occurred in Gran Canaria, one in Tenerife and another in Fuerteventura.

Since the last balance, 770 epidemiological discharges were issued. However, 627 patients remain hospitalized in the Covid floors of the hospitals – 17 more than the previous day – and 93 in the critical areas – the same figure remains.

The director of the Canary Islands Health Service (SCS), Conrado Domínguez, reported this Monday that 125 patients have been referred to private and concerted health centers during the sixth wave of coronavirus. For his part, the President of the Government of the Canary Islands, Ángel Víctor Torres, stressed that, despite the fact that the Archipelago was the first region of the country to which the coronavirus arrived, it is the one that has had the lowest percentage of infections. «The state average is 20% and here it is 11%. We have also had a lower mortality rate, according to the population, ”said the president, who also wanted to thank the entire health community for the work done. |YM