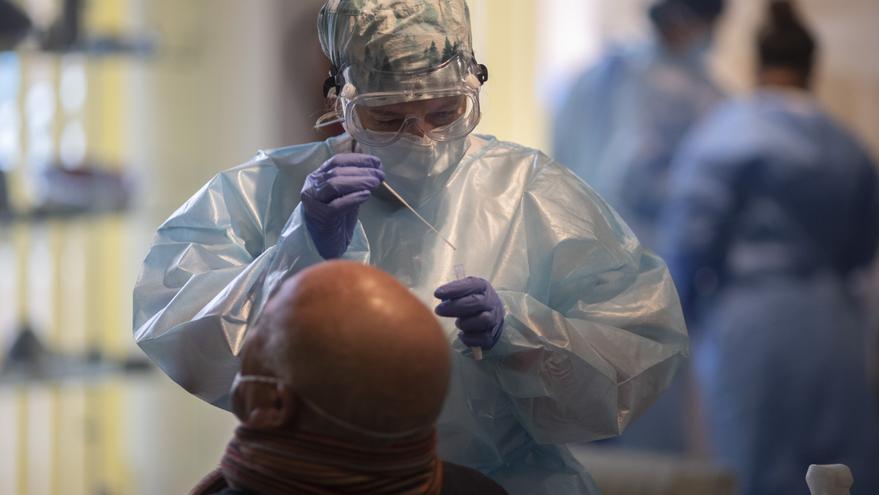 The whole of the Canary Islands will impose a curfew at 10 pm during Holy Week, following in the wake of the restrictions established in the rest of the State. It will not matter then at what level the island is framed, since it is an extraordinary measure like the one that was implemented in the Islands during carnivals. On the other hand, the perimeter closure of the entire Archipelago will not be undertaken, since this measure will continue in force in those islands in the worst epidemiological situation, classified as risk level 3 or 4. Regional or foreign visitors may continue traveling to the Canary Islands during that period carrying a negative coronavirus test, as in previous periods.

After the massive vaccination, the Canary Islands keep only eight residents infected with coronavirus in their homes for the elderly. This was stated by the Ministry of Health, which stated that, since this vulnerable population has been inoculated with the coronavirus vaccine, there has been a palpable improvement in the epidemiological situation of these centers. In fact, Health assured that this has been the best week for residences – with respect to the number of people affected – since the beginning of the pandemic. According to the same data from the Imserso, as of February 21, 73 people in residences died in the Islands due to outbreaks of coronavirus.

In an informative meeting on vaccines, the epidemiologist Amos García Rojas affirmed that the effort and the “muscle” of the Canary Islands in this task is being demonstrated. “A muscle that has made it possible for practically all the vaccines received to have been supplied,” said García Rojas. According to the latest report from the Ministry of Health, the Canary Islands have inoculated 77.5% of the vaccines delivered, that is, 167,802 of the 216,560 delivered. García Rojas did not hesitate to point out the scarce supply of vaccines as the main problem of the campaign to achieve this objective, because “in the interest of the system, he will not do it.” In this sense, the epidemiologist sees a glimmer of hope in the arrival of a fourth vaccine on the Covid-19 calendar, that of Janssen Pharmaceutica, which also only requires one dose to achieve immunity. “Will 70% of the vaccination be achieved before the summer? I don’t know ”, reflected García Rojas, who insisted that“ if the entire supply is normalizing, given that it is what has failed the most, the system will be able to vaccinate a lot and quickly ”. For now, the Canary Islands are supplying an average of 5,800 vaccines a day, according to data from the Ministry of Health.

At the meeting to clear up doubts about vaccination, both García Rojas and Paloma Poza, an allergist at the Hospital Universitario de Canarias and a member of the Spanish Allergy Society, transmitted a message of reassurance regarding the adverse effects that coronavirus vaccines may generate . In this sense, Poza clarified that there are some cases of allergies that could cause the contraindication of the vaccine due to its composition, but that, in any case, “they are local or controllable reactions.” And, although “in the Canary Islands we have not had any problem of this type”, an exhaustive pharmacovigilance is maintained, as well as special protocols for those people who have had a previous allergic reaction to one of its components. In any case, in addition to having adequate treatment to deal with an allergic reaction, health centers or vaccination teams have agreed to monitor these patients for 45 minutes after receiving their dose, instead of 15 minutes as in the rest of the population.

The experts also cleared up doubts about the side effects that some people have had after inoculating the vaccine, being more widespread among the population that was inoculated with the AstraZeneca vaccine. The epidemiologist stated that for the moment the adenovirus on which it is based “is potentially more capable of creating side effects.” In any case, the experts remarked that the side effects “are quite similar” to those of the rest of the vaccines and are fundamentally fever, feeling of fatigue, headache and discomfort in the administration area.

While the vaccine slowly continues its rhythm, yesterday the Canary Islands added 209 infections, which, added to the cases of the whole week, represents an increase. Gran Canaria leads the infections with 105, although it keeps them at bay and continues its decline. Tenerife, for its part, accumulates 86, which represents an increase of 6.5% compared to the previous week. Fuerventura has seven cases, Lanzarote five, La Palma three and El Hierro and La Gomera, one each.

A deceased in Lanzarote.

Yesterday there was the death of a 90-year-old man in Lanzarote, linked to a family outbreak. He remained admitted to the hospital, suffered from previous pathologies and had experienced a worsening of his clinical condition.

Tags: 22, advance, Canary Islands, I touched, is left over