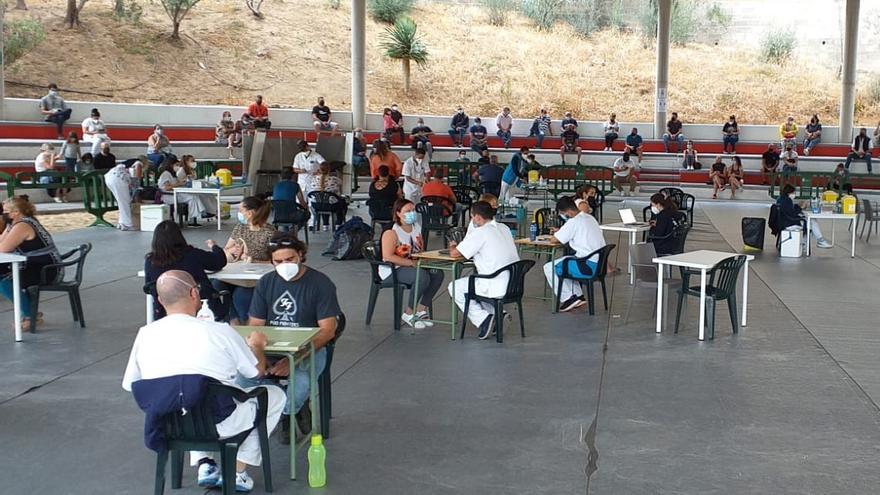 The Ministry of Health of the Government of the Canary Islands has administered 2,080,798 doses of the vaccine against COVID-19 of the 2,270,390 received, which represents 91.65 percent. During the past week a total of 155,527 doses of vaccines were inoculated, of which a total of 8,000 Janssen drugs were administered without an appointment yesterday to the 40 to 59-year-old group in Gran Canaria and Tenerife; in addition to those that were given to people who had an appointment for this Sunday with the rest of the serums available for each age group.

In the Archipelago there are already 1,261,459 people who have received at least one dose of the vaccine, that is, 64.33 percent of the target population, which has been increased by including in the National Vaccination Strategy against COVID-19 to the population over 12 years of age. For this reason, 215,178 people included in the age group of 12 to 15 years have been added to the statistic, so that now the target population of the Canary Islands amounts to 1,960,774 people. Taking as reference the population over 16 years of age, 67.42 percent had been vaccinated.

In addition, until yesterday the immunization of 919,355 people who have already received the complete vaccination schedule against the coronavirus had been achieved, which represents 46.89 percent of the target population over 12 years of age in the Canary Islands.

It should be noted that group 4, that of large household dependents, is 77.2 percent immunized with both doses. Regarding group 5, made up of people over 66 years of age who do not reside in nursing homes, there are already 256,467 people who have received the two doses, that is, 88.86 percent, while it has been completed one hundred per hundred vaccination with a dose of this group, made up of 288,606 people.

Group 3 is already one hundred percent with one dose and 81.22 percent with two doses; and group 6, made up of 60,000 people, which includes teachers, firefighters and policemen, 84.84 percent are already immunized.

Vaccination coverage has also been completed with a dose of group 7, which includes the population under 60 years of age at risk of severe COVID-19, since 12,354 people have been vaccinated, while 84, 01 percent of this group has already received the two doses.

For their part, 120,804 people between the ages of 60 and 65 who make up group 8 have already received a dose, which represents 79.23 percent of that group; while 49.54 percent already have immunization. Regarding group 9, made up of people between 50 and 59 years old, 87.81 percent have already received one dose, and 86.20 percent of that age group already have both doses.

The inoculation of group 10, which includes people aged between 40 and 49 years, has also progressed so that 164,486 people, 51.08 percent have received at least one dose, while the 46.08 percent are already immunized. As for group 11, made up of people between 30 and 39 years old, 44.83 percent already have at least one dose of vaccine against COVID-19 and 7.13 percent are already immunized.

-Team 5. Vulnerable people due to their age, non-residents of senior centers