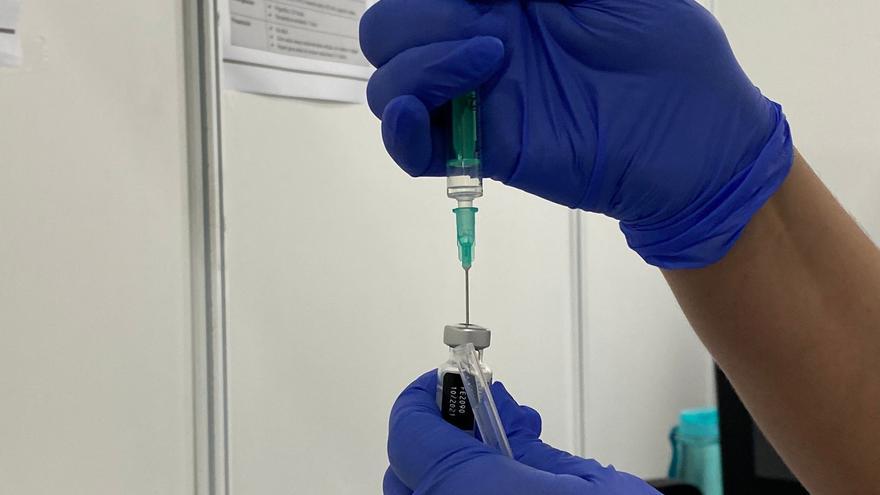 The Ministry of Health of the Government of the Canary Islands has administered 1,885,958 doses of the vaccine against COVID-19, of the 1,984,970 received, which represents 95.01 percent of those received in the Canary Islands.

Also, in the archipelago there are already 1,159,764 people who have received at least one dose of the vaccine, that is, 59.15 percent of the target population, as reported by the regional Executive in a press release.

In addition, until this Friday, the immunization of 802,224 people who have already received the complete vaccination schedule against the coronavirus had been achieved, which represents 40.91 percent of the target population of the Canary Islands.

Health has highlighted that group 4, that of large household dependents, is immunized 76.79 percent with the two doses. Regarding group 5, made up of people over 66 years old who do not reside in nursing homes, there are already 243,206 people who have received the two doses, that is, 84.27 percent, while it has been fully completed percent vaccination with a dose of this group, made up of 288,604 people.

Group 3 is already one hundred percent with one dose and 79.74 percent with two doses; and group 6, made up of 66,000 people, which includes teachers, firefighters and police, 79.82 percent already have a dose, while 77.76 percent are already immunized.

Vaccination coverage has also been completed with a dose of group 7, which includes the population under 60 years of age at risk of severe COVID-19, since 12,330 people have been vaccinated, while 83, 42 percent of this group has already received the two doses.

For their part, 119,537 people between the ages of 60 and 65 who make up group 8 have already received a dose, which represents 78.39 percent of that group; while 45.63 percent already have immunization.

Regarding group 9, made up of people between 50 and 59 years old, 85.23 percent have already received one dose, and 79.11 percent of that age group already have both doses.

The inoculation of group 10, which includes people aged between 40 and 49 years, has also progressed so that 153,570 people, 47.69 percent have received at least one dose, while the 27.45 percent are already immunized.

Regarding group 11, made up of people between 30 and 39 years old, 29.73 percent already have at least one dose of vaccine against COVID-19 and 2.72 percent are already immunized.