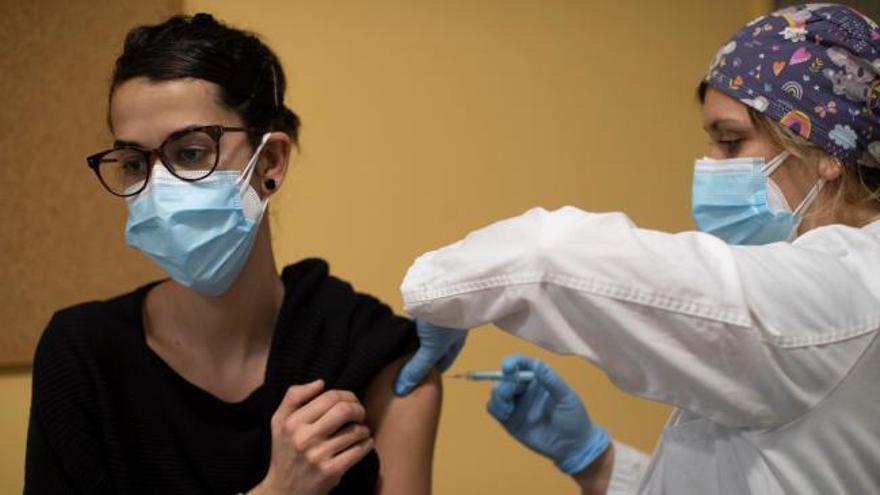 Canary Islands has administered 125,079 doses of the three vaccines available in the European Union (EU) currently, what the 70.64 percent of the total doses received until Monday, February 22, although it is foreseeable that the figure of 130,000 has been exceeded in these days.

This is how the Ministry of Health of the Government of the Canary Islands in relation to the progress of your vaccination plan. In this way, 51,572 people have been immunized so far in the archipelago, who have received the two doses of the vaccine, which represents 3.82 percent of the target population, while in the whole of the Spanish population this complete vaccination schedule reaches 4.27 percent.

Thus, they point out, The Canary Islands is the “only” community in Spain with “more people vaccinated with the full schedule than accumulated coronavirus cases (39,651)”, to which they add that the rejection of vaccination “is practically non-existent” in the archipelago, according to the regional Executive in a press release.

Actually, Group 1 vaccination has been completed 100% (residents and workers of senior centers); while in Group 2 (SCS professionals) it is reached 99 percent with 38,497 vaccinated professionals, Y Group 3 (Other health and social health personnel) is at 72.01 percent.

Likewise, Group 4 (large dependents and caregivers in homes) continues, which has the peculiarity of having to plan “conscientiously” the vaccination routes to avoid losing doses, since they have to be consumed in six hours and extracted at the moment . In this case, there are already more than 25,000 people in the Canary Islands, achieving coverage of 12.11 percent.

What’s more People over 80 years of age (Group 5) have begun to be cited in health centers in the Basic Health Zones and a 1.45 percent coverage of this group has been achieved (which is about 90,000 people in total, from which those included in groups 1 and 4 must be subtracted).

Regarding the vaccines administered, the Canary Islands Health Service (SCS) It has received 132,960 doses of that of Pfizer, of which it has administered 114,111, with which the remaining 18,849 will continue to administer the second doses to SCS personnel and the first to large dependents and day center users.

According to the Moderna vaccineThe Canary Islands have received 7,000 doses and administered 6,559, with the remaining 441 being vaccinated first- and second-line health personnel from subsidized and private health centers. This group includes personnel from the Institute of Legal Medicine, Foreign Health and healthcare personnel from prison institutions.

The Ministry of Health recalls that the vaccination groups and their order is a mandate from the Ministry of Health itself, underlining that consensus is reached in the technical commissions and they are taken to the Inter-territorial Commission of the National Health System chaired by Minister Carolina Darias.

In relation to the Astra Zeneca vaccine, The Canary Islands received 37,100 doses last week, and it is not recommended for those under 55 years of age, which is why 4,409 have been administered to workers of home help services, staff of centers for minors and health second-line therapists such as physiotherapists, pharmacists, pharmacy staff and dentists.