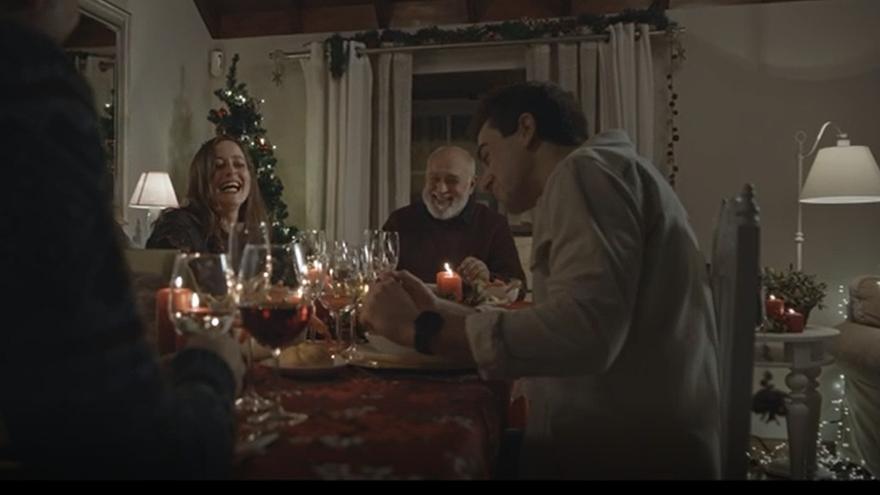 The Ministry of Health of the Government of the Canary Islands starts this Friday an advertising campaign to raise awareness among citizens on how Christmas lunches and dinners should be carried out safely, reducing the risks of contagion by COVID-19 and the appearance of outbreaks in the family environment.

With this initiative the Ministry seeks to emphasize sanitary measures established to maintain safe family and social gatherings during the upcoming Christmas holidays. In this sense, remember that the main outbreaks of COVID-19 infections that are occurring in the Canary Islands have been registered in meetings of families and friends and in the workplace, which also tend to have ramifications between them.

The audiovisual piece shows the same family that starred in the campaign ‘The last gift’ that this time gets together to celebrate a dinner at Christmas following all the recommendations to prevent COVID-19 infections.

Thus, we see that the diners keep safe distances seated at the table, open the window so that there is ventilation in the dining room and one of the protagonist’s daughters, not living with the family nucleus, does not go to dinner to avoid exposing the rest to the virus, but announces, at the end of the spot, that next year there will be one more member of the family, showing a photograph of his ultrasound.

The Ministry of Health insists on the importance of maintaining safety measures such as proper hand hygiene, keeping an interpersonal distance of 1.5 meters, the use of masks, and ventilation of spaces in closed environments.

Recommendations include maintaining distance at all times, including at the table during lunch or dinner, between people who are not living together and only removing the mask when eating and drinking, since the greatest risk occurs at the time of that people are unprotected.

Also, it is important sallude without maintaining physical contact, maintain separation at the table between non-cohabitants, perform adequate hand hygiene, do not share utensils, or chop from the same plate, toast without clashing the glasses to avoid contact and that the after-meals are as short as possible possible to reduce the risk of transmission of the coronavirus.

This campaign is carried out by the Meanwhile Agency, also responsible for the previous action ‘The last gift’, which has recently won a bronze in the El Ojo de Iberoamérica contest, the award for the ‘best institutional campaign’ carried out for or by a public administration or official body in the 10th edition of the Premios Agripina festival, where it also won the award for the best campaign.

‘The Last Gift’ has obtained, since its first broadcast, 27 million total views, more than 70 million people reached and more than 200 media appearances in 15 countries around the world. It has become a viral phenomenon that has generated international debate on social networks and in the media both in Spain and in other European and Latin American countries.