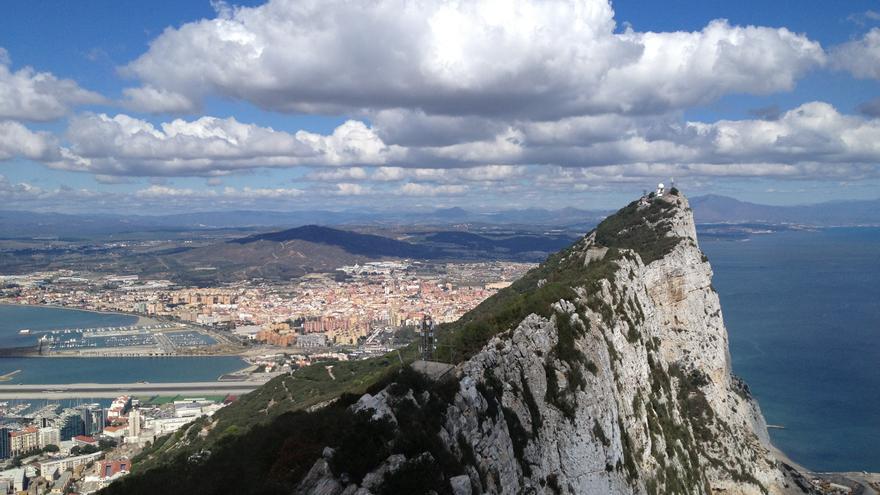 Since the afternoon of last Monday, by telematic means and at the highest level, new conversations have been taking place between Spain and the United Kingdom, which includes the Government of Gibraltar in its delegation, in order to seek a compromise solution to the memoranda that still remain. Remain pending. It is a series of protocols of understanding that began to be discussed in 2018 and whose negotiation has intensified this year, despite the pandemic and confinement, to the point that a historic agreement on reciprocity was reached several weeks ago. of workers’ rights, included in the memorandum of Citizen Rights.

Precisely this Tuesday, the Government approved a contingency measure that deepens even more in this aspect, by setting a transitional regime in the workplace for workers affected by Brexit and that guarantees access to the Spanish unemployment benefit to Europeans who travel to Gibraltar daily to work until December 31, 2022.

The Council of Ministers approved a royal decree on adaptation measures after the end of the transitional period provided for in the Agreement on the withdrawal of the United Kingdom and Northern Ireland from the European Union (EU), which includes this safeguard for cross-border workers. It will serve, in the event that there is no final agreement in the next few hours, to claim from the British authorities, as of January 1, 2021 and if necessary, the reimbursement of said benefits.

The Government has in turn underlined that a reciprocal agreement will be established for all companies located in Spain that as of January 1, 2021 have workers temporarily posted in the United Kingdom, including Gibraltar, or for British companies that have workers posted in Spain, a Dead time of one year, until December 31, 2021. However, from then on they will have to request the relevant residence and work authorization to prolong their activity, as set out in the Spanish immigration regulations.

This decree, of course, does not reassure the civil society of Campo de Gibraltar, which lives the last hours under absolute uncertainty. A hard Brexit would not only affect the daily lives of cross-border workers and Gibraltarians, but also the economy of the region and especially that of La Línea de la Concepción, with 32% unemployment in February 2020, before confinement.

Retail and wholesale markets, transport companies and customs agents, for example, are some of the sectors that will be affected by a hard Brexit and that, today, do not know what will happen from January 4: “Yes, because on day 1 Brexit will fully enter into force, but between the holiday and the weekend, we will not open until Monday and we do not yet know what procedure we will have to apply,” he laments, for example, Antonio Varela, President of the College of Customs Agents of Algeciras and La Línea.

“Everyone talks about the situation of the workers and I think it is very good because it worries us all. But the problems that the transit of goods are going to have are being left out, “he adds.

Many of the procedures that were carried out up to now for the clearance of goods will continue, since Gibraltar was a Community territory but not a customs territory and import or export declarations had to be carried out, as will continue to be done now. , whether or not there is an agreement: “However – Varela warns – we can find certain types of merchandise, food, etc., those that have to do with animal health, in which there were now controls but not as strict as required by the of an external border of the European Union ”.

“Nobody explains to us what is going to happen from now on and I don’t know what to say to anyone. Both those of us who declare the goods on behalf of third parties, such as carriers, sellers, supermarkets, we face total uncertainty, with two days to go ”.

According to these forecasts, whatever happens, “goods of animal origin, such as meat, sausages or cheese that come from England will not be able to pass directly through the border of La Línea. Like those from any third country, the food that comes from the United Kingdom will have in France or wherever is the first point of entry to the European Union, with its corresponding veterinary controls and from there it will travel to the Border Inspection Point in Algeciras and that it will not open in La Línea ”.

The Soivre Inspection Service of the Ministry of Commerce is expected to facilitate this work. Indeed, the Government of Gibraltar has already contracted the services of a German company that will transport said merchandise by ship from Algeciras to Gibraltar, through the Bay. And it is unknown whether the Gibraltarian authorities will establish a filter in the Rock to establish greater controls on the Community goods that arrive there.

“Hopefully there is an agreement or, in any case, if you have to fall off the cliff, let it be with the least possible damage,” concludes Varela.

In this sense, this Tuesday also, the Minister of Foreign Affairs, European Union and Cooperation, Arancha González Laya, in an interview with RNE, once again insisted that Spain and the United Kingdom have “inalienable claims” on the sovereignty of Gibraltar but has also assumed that it is necessary to put aside the “excuses” and “resolve the practical issues” of the citizens. The previous day, the possibility of a hard Brexit had added the protests of all the mayors of Campo de Gibraltar, that of the Work Table for La Línea, all the spokesmen of said City Council and the majority unions on one side and the other of the Gate. That day, the minister had threatened that if an agreement was not reached to facilitate mobility through the Gate, “on a smaller scale, one of the consequences may be that queues similar to those we have seen in Dover” form. He also listed another long series of daily inconveniences for Gibraltarians, from access to Spanish Social Security or the validity of their driving licenses. The minister also clarified then that the negotiation is not stuck because Spain wants its police to exercise control in the port and the Gibraltar airport, if the final solution lies in the incorporation of the Rock into the Schengen area.

The mayor of Algeciras, Jose Ignacio Landaluce, of the Popular Party and one of the signatories of the declaration of the Council of Mayors of Campo de Gibraltar demanding an agreement on this matter, has once again insisted that the same affection should be given to Brexit in Campo de Gibraltar as has been shown with the border of Ireland. And, by his side, Ana Mestre, deputy delegate of the Government of the Junta de Andalucía in the province of Cádiz, has insisted that “we need a Brexit that does not harm the Campo de Gibraltar or the Campo de Gibraltar. We expect a government of Spain that is sensitive but at the same time strong and implacable vis-à-vis Europe and the United Kingdom, and above all, in the defense of this region and of cross-border workers.

He also assured that the 112 measures promised by the Junta de Andalucía to mitigate the effects of Brexit in the area had been 65% fulfilled, but there is not the same confidence in this in other political parties in the region.

For his part, Cross-Border Group, which brings together unions, businessmen and associations from both sides of the Gate, has shown its “maximum uncertainty” regarding this negotiation. In a letter addressed to the President of the Government of Spain, the Prime Minister of the United Kingdom and the Chief Minister of Gibraltar, the members of that entity assure that they attend this process “expectantly and very concerned”.

The Chamber of Commerce, GGCA, GSFB, GTA / NASUWT, Unite the Union, on the Gibraltarian side, as well as the Confederation of Entrepreneurs of the Province of Cádiz, the Association of the Small and Medium-sized Company of La Línea, form ranks in this Group. CCOO, UGT and the Campo de Gibraltar Chamber of Commerce, Industry and Navigation.

“We would like to send you our appeal regarding the need for you to reach an agreement that allows the development of an area of ​​shared prosperity, so necessary for the Campo de Gibraltar Region and for Gibraltar (…). As you know perfectly well, there is an interdependence not only economic, but also social in this area, how can one expect from neighboring populations that are forced to understand each other in order to live together. These ties that unite us make it necessary for pragmatism to reign in the negotiation and for the interests of citizens to be placed above any other issue ”.

The letter, in a cordial but restless tone, concludes with the following words: “We consider, and we believe we share with you, that the main objective of a government is to respond to the demands and aspirations of its governed, especially when these are legitimate and reasonable such as those in which the Gibraltarian and Campo-Gibraltarian citizenship stars; being for this reason that we reiterate our call for an agreement that allows us a peaceful coexistence and common development between the communities that inhabit both territories ”.

“If your governments have been able to reach a general agreement for Brexit, we are firmly convinced that they can use that same spirit and talent to offer us a solution to the citizens of the Campo de Gibraltar and Gibraltar.”