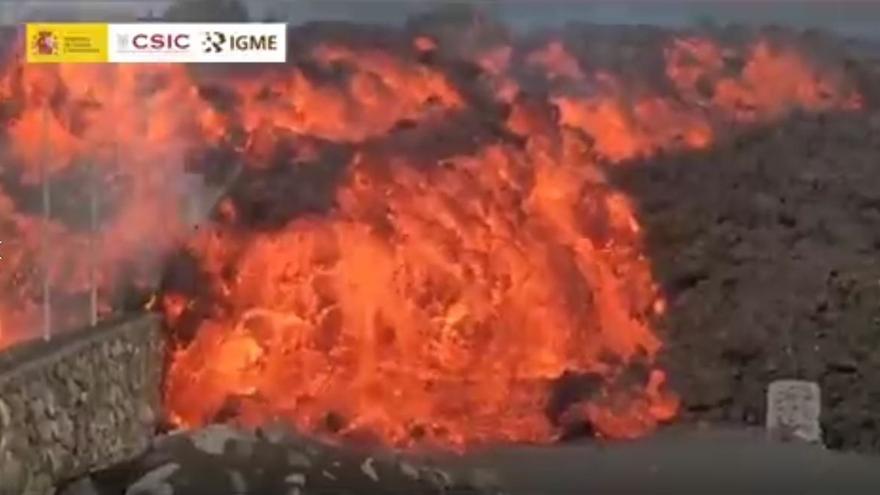 This is the starting point that Gonzalo Pascual, Minister of Territorial Planning of La Palma, exposes on the measures that are going to begin to be taken from the island institution: «The development of the projects that should replace those that have disappeared or were damaged by the laundry, ”highlights Pascual.

In this work to have new spaces, the necessary procedure has already been started to be able to locate a new industrial estate in the area between the Recta de Padrón and the neighborhood of Fátima, in El Paso. As the counselor explains, «the Cabildo is already working with the rest of the administrations to facilitate the recovery of the islands as soon as possible, both from an economic and social point of view. Within this objective, the role of the business fabric of the Aridane Valley is indisputable ».

Gonzalo Pascual explains that current legislation sets the deadline for modifying the ordinance at three years, but clarifies that “special measures have been requested to speed up and reduce the processing times, given how strategic it is for the island economy to seek an alternative after the damage caused by the eruption. ‘

“It is going to promote that the management system is public so that the Cabildo is the one who takes the initiative in the urbanization work, after which the owners may join,” he clarifies. This initiative has been accelerated and has been prioritized after the condition during the eruptive process of the Callejón de La Gata industrial park, providing a solution “as soon as possible” to companies that have seen their businesses disappear under the lava. “This is an initiative that at this moment is strategic for the Island,” he concludes.

Pascual defends that “there is soil” on the Island to occupy, “beyond the study plans of the different spaces.” For this, it is necessary for the territory to be ordered “in a different way”, but he insists that “courageous decisions must be taken.” It refers to the fact that in these situations “we cannot tell the public that there will be soils that are protected for a certain cause.” “It is the moment that that rustic land that is protected, can be recovered as a strategic resource”, insists Pascualy also claims: “we must be clear that if we want to continue living on La Palma we need to occupy new land”.

With regard to the infrastructures that the Island needs, he adds that “it is not only about creating residential bags, it is also necessary to provide them with quality and avoid falling back into the mistakes of the past.” He relates these failures to creating urban dispersion and emphasizes that it is time to “rethink” urban designs.

In order not to make mistakes, Pascual points out the need for a previous diagnosis, which is already being carried out by the public company Gesplan, to really see the affected area and what infrastructures have been lost. “What is most important is the real situation of each person and each family, which are the ones that have to be cared for in the first place,” reflects Pascual. It is from that moment, when knowing reality, “we can make decisions,” he says.

Along these lines, we must take into account the relocation of the neighborhoods devastated by the lava, “an endless number of family nuclei that have been dispossessed of their homes.” Road infrastructures, sanitation and water pipes have also been lost, and they have to be “redrawn”.

Gonzalo Pascual regrets that the current design of the Island, established in the 2011 Insular Plan, has been “cut across by several flows” that have stopped the main economic engine of La Palma. Now it’s time, says the counselor, “to see how we can relocate everything, but until we have the diagnosis, we will not know.”

The insular councilor for Ordination reflects on the moment of completion of the eruption. “What is necessary is to think about La Palma in 2030, not the situation in which we found ourselves on September 18,” he says.

The Regional Council for Ecological Transition and the Cabildo Palmero work in the territorial framework that will include the collection of data before and after the eruption, an analysis of effects, an early identification of needs and the consequent sectorized recovery strategies. It will also contemplate the necessary basic infrastructures, the definition of the social profiles of the affected population, the structure of the intervention in the different territorial areas and the definition of a participatory process so that La Palma society can make its contributions.

The working document also includes a compilation of the most common problems in the post-eruptive phase and the variants from the environmental point of view, such as possible alterations in air quality, the state of the soil or the impact that this will have. process in the quality of the water in the area.