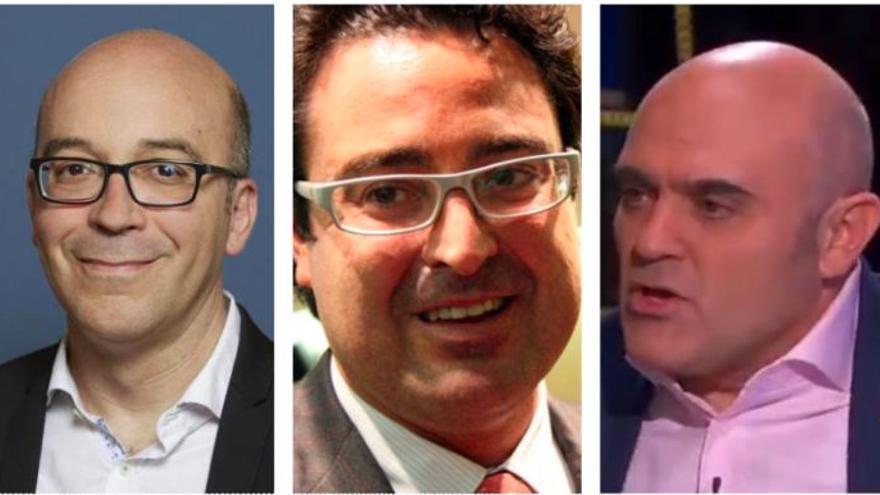 Turn for the defenses in Operation Voloh. Businessmen close to the process investigated by a Barcelona judge for various crimes – from alleged corruption to their alleged leadership of the Tsunami Democràtic protests, passing for a Russian plot to help independence– They have demanded that the Barcelona Court cancel the telephone punctures agreed by the instructor, of whom they have also questioned the competence to investigate them.

The initiative has been taken by the defense of businessman and former Convergència politician David Madí. In his letter, Madí considers that the telephone interventions – which lasted more than a year – should be canceled because at the time of agreement by the judge there were no “rational indications” of criminal activity. The punctures alone were based, emphasizes the defense that the lawyer Olga Tubau exercises, in a “conjecture” and a “first police hypothesis without objective foundation of any kind”.

The lever that the Civil Guard seized to ask the judge to intervene Madí’s telephones were two conversations found on the mobile of another of those investigated in the case, the former head of international relations for Convergència, Víctor Terradellas (accused by the alleged fraudulent grants from the Diputación de Barcelona to entities close to the convergent ones).

It’s about two conversations –Which the Civil Guard says that Terradellas recorded, something that the investigated denies–, that the former international head of Convergència maintains with Madí, on the one hand, and with the former ERC minister and now businessman Xavier Vendrell. In the talks they talk about cryptocurrencies and Terradellas ventures with what would have happened if a Russian group that he claims to know had helped the independentistas during the sovereignist fall of 2017, something that Madí and Vendrell receive with skepticism.

Based solely on the two recordings, the Civil Guard asked the judge to intervene the phones of Madí, Vendrell and the honorary former consul of Latvia in Barcelona, ​​Xavier Vinyals, from which it deduced that they were trying to divert public funds and convert them into cryptocurrencies. The contrary supports the defense of Madí, for whom the two audios do not provide “any element” that allows to shuffle the hypothesis of the Civil Guard, since the only thing that arises in the recordings is the eventuality that the Generalitat accepts payments in cryptocurrencies , without “a single allusion” to its possible instrumentation to divert public money since the Catalan Executive is going to approve it.

On your appeal, advanced by The vanguard, Madí asks the Court to annul the first telephone intervention, agreed in August 2019, and of all subsequent extensions, concluding that the wiretaps were agreed without regard to “essential norms”, which has rendered him defenseless and violated his fundamental right to secrecy of communications. In addition to the punctures, Madí’s defense requests the nullity of the entry and registration order of last October 28 in David Madí’s office, which, if successful, the appeal would leave the investigation empty of all content.

Madí’s defense also recalls that the Prosecutor’s Office opposed the first of the telephone interventions by calling them “hasty” and appreciating that there were not enough indications to agree on them. For the defense, the position of the Prosecutor’s Office is relevant because its mission is to ensure the “principle of legality and subjection to the Constitution and the legal system.” The way of proceeding of the Civil Guard and the judge, concludes Tubau, “is that of a prospective investigation that is constitutionally prohibited.”

Soler questions the jurisdiction of the judge

On the other hand, the defense of the editor Oriol Soler, also arrested on October 28, has asked the Barcelona Court to separate the investigating judge, Joaquín Aguirre, from the case. The defense argues that the judge has attributed the competence to investigate him for political, not legal, reasons, since the instructor should have sent to another court any suspicion that was not related to the initial object of the case, the alleged fraudulent subsidies of the Deputation,.

Soler, like Madí and Vendrell, They were members of the Sanhedrin that organized October 1 with the Government and was arrested on October 28, in the framework of a case in which the judge is investigating the alleged diversion of public funds to former president Carles Puigdemont, various influence peddling operations, possible contacts between the pro-independence movement and Russia in search of support for the procés as well as the direction of the protests of Democratic Tsunami.

In his letter, Benet Salellas, Soler’s lawyer, has asked the Barcelona Court – after Judge Aguirre refused – to refer the new investigation to the dean of the Barcelona courts for distribution, understanding that the instructor cannot assume a procedure that maintains “absolutely proper substantivity” with respect to the main cause, without a resolution arguing the “connection” between the two cases.

Aguirre rejected Salellas’ request by concluding that the “usual criterion” of the Barcelona courts establishes that the court that is already investigating some proceedings will be the “competent” of those that derive from them. On the contrary, the defense recalls that the Criminal Procedure Law establishes that “each crime will lead to the formation of a single cause” and denounces that Soler’s rights to the “natural judge and the impartial judge” have been violated.

The brief highlights that “the maintenance of an unjustified competence” of Aguirre in the case “totally breaks the appearance of impartiality”, since “it may cause a reasoned suspicion that the judicial body is adjudicating itself the knowledge of the file beyond what that legally corresponds to him for reasons unrelated to the administration of justice “. “And this is even more aggravated in the present case, which has its own obvious political significance, insofar as it deals with the Catalan process and the subjects investigated are part of or are close to political parties or organizations,” Salellas adds.