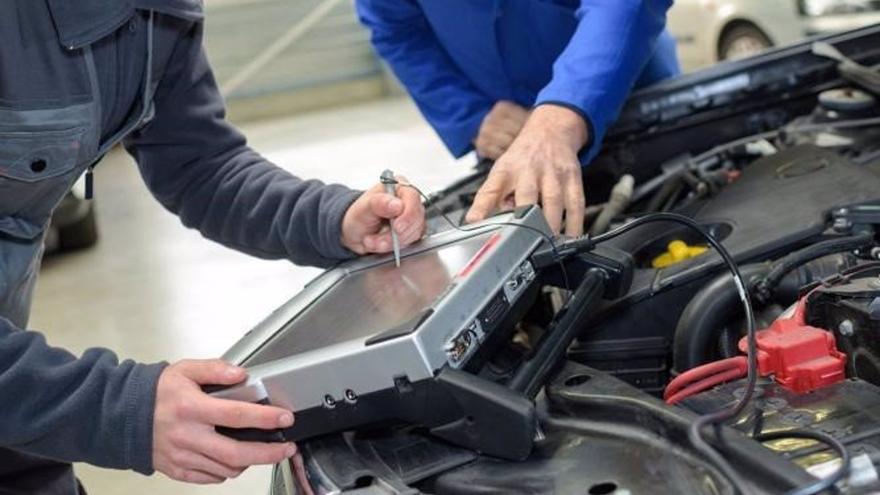 Private education is expanding. In the last decade, the so-called social initiative centers have absorbed the majority of the increase in students in the post-compulsory stages (Baccalaureate, Vocational Training and even the first cycle of Early Childhood Education), according to data from CCOO. The union speaks of “a notorious process of privatization”, as denounced this Monday at a press conference by the general secretary of the organization, Unai Sordo, and the head of the educational federation, Francisco García.

CCOO maintains, with data in hand, that there has been a paradigm shift. The private centers, they explain, have changed their model to seek new sectors in which to expand, once what could seem to be a limit on the mandatory stages has been reached. “During the last ten years, and in particular since the launch of the LOMCE, we have witnessed a privatization trend. Having turned for many years in growth through the agreement of compulsory education (from 6 to 16 years), they focus their attention now, and in the last decade, on seeking new privatization formulas in different niches, “they state.

This increase in the private sector is happening in all non-compulsory and pre-university stages, according to the report at the beginning of the course that CCOO has prepared based on data from the Ministry of Education. Actually, although it was not the object of the press conference, it is also happening at the University: the private ones have more and more piece of the cake.

The administrations are not alien to these movements. They explain it from CCOO when they allude to the nursery or baccalaureate checks implanted in some of them as a formula to take more citizens to private centers that cannot be arranged, and the budgetary data corroborate it. Spain is, for example, one of the countries with the most concerted schools in the world, and that is a political decision. The distribution of public funds also shows this evolution: departures for public school have just regained the level of ten years ago while the one that goes to concert grows without stopping. Education is the last great market to do business and the most suitable place for this are the non-obligatory stages.

In the Baccalaureate, from the 2013-2014 academic year, the number of students in private schools has increased by 14%, which, together with a decrease of 6.5% in the case of public schools, brings the growth difference to 20.5 percentage points.

In VET, which is experiencing a strong period of expansion, the distances are greater. In the Middle Grade, the stage equivalent to Baccalaureate, the students who attend a private center are today 25.7% more than eight years ago, while in the state centers they have gained 4.7%. In the Superior, the alternative to the University, the private student body has grown by 67% compared to 18.7% of the public ones. Basic FP, a somewhat particular training that is framed in the compulsory stage (15 years) as an alternative to the academic path for students who have not finished working in ESO, is not out of tune: 27.4% more private students per 21.5% public.

The case of the FP is especially bloody for the union, which denounces that while this is happening tens of thousands of young people have been left without their place just between Madrid and Catalonia, although the Generalitat seems willing to remedy this situation.

A similar situation occurs in the other stage that is not compulsory or university, Early Childhood Education, although the analysis is more complex here because it is a very atomized stage, with very different management models of schools and that in the last year has suffered a sudden change in trend motivated by the pandemic and the closure of thousands of private centers due to lack of students. But in the first cycle – the second is not compulsory, but it is universalized and responds to the dynamics of compulsory education, quite established in terms of distribution of students in recent years – it is observed that the student body of public centers fell to a 10% the year prior to the pandemic, while that of the private sector was 3%.

“Privatization advances like a rocket in non-compulsory education through nursery, high school, etc. vouchers,” García denounced in his speech, while Unai Sordo stated that “there is an undisguised offer” for the privatization of the system educational, and has warned: “The inequalities of tomorrow are brewing today and there is no greater vector of social integration than education.”

The CCOO report also reviews the situation of teachers after the decision of the Ministry and the autonomous communities to return to the prepandemic ratios this year. The union’s calculations conclude that 21,439 additional teachers have been hired this year, 35.66% less than the previous year, and regrets “the low ambition of education administrations to address the challenges of the education system and their propensity to save costs by passing page and returning to an old normality “, in García’s words, alluding to the previous ratios.

The breakdown of the data leaves notable regional differences, ranging from Murcia (the only community that has not hired a single extra teacher) to the Valencian Community, which has incorporated 15% more teachers than last year, and that It was already among those that most reinforced their Education. Special mention also for Castillas, Catalunya, Euskadi and La Rioja, which have repeated the same contracts. The rest, less.

The CCOO Head of Education explains that to maintain these quotas of a maximum of 20 students per teacher How well did the 2020-2021 academic year work? –According to the unanimous opinion of all educational actors– it would be necessary to hire a total of 68,884 more teachers throughout Spain (for a total of 80,323).

García is aware that the measure has a significant economic cost that is behind the communities’ refusal to implement it. But he has played by the numbers. Hiring the additional teaching staff requested by the union represents an expense of 3,241 million euros. Expanding the templates of early childhood education to get closer to its universalization would add another 5,954 million euros of investment. In total, just over 9,000 million euros per year.

And this is where the union squares the circle. In 2009, public spending on Education reached its peak in recent history with 5.04% of GDP. From there came the cuts, which have plummeted investment to the current 4.27%. This drop of 0.77 percentage points of GDP is equivalent – in absolute terms and according to the Gross Domestic Product of 2020 – to 8,638 million euros. What is eaten for what is served.