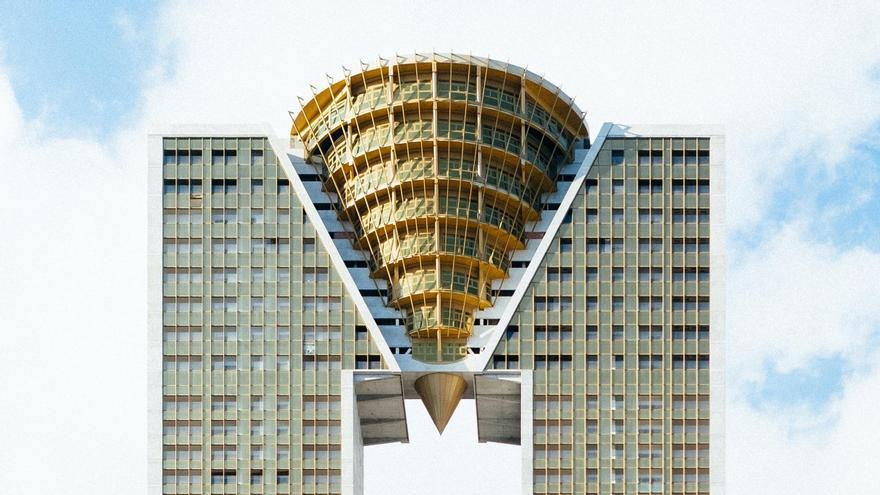 “Before, when you bought a flat, the bank valued it through an appraisal. In many cases the appraisals were rigged. How much do you want? 100,000. garage, car and you pay for the wedding. “

The words are from the economist Alejandro Inurrieta in a recent interview in this newspaper and they describe a reality not so far away, but one that has definitely passed. Today in Spain five times fewer mortgages are signed per month than at the peak of the bubble, when we reached 180,000 (September 2005). The pandemic has reduced sales and the number of loans, but the sector is confident that it will not fall much further.

“The market is not suffering too much. The international buyer has disappeared: otherwise, there is movement”, says Simone Colombelli, director of mortgages of the financial comparator iAhorro. “The analysis of the confinement said that prices would fall, but that it would not be a catastrophe. And that is more or less what is happening.”

What happened between the peak of the previous graph and today was the crisis and the tightening of banking conditions. Where credit used to flow – and the bank lent you for the house, the car, the vacations and the wedding – now, as a general rule, they do not lend more than 80% of the value of the house. That means that 20% must be saved as a base, in addition to having taxes (the property transfer tax for a used home and VAT for a new one) and other expenses.

If the average house price in Spain is 1,390 euros per square meter (data from Tinsa) and the most frequent size, from 76 to 90 square meters (data from the INE), a normal home will be between 105,000 and 125,000, although in cities like San Sebastián, Madrid and Barcelona the square meter costs almost double. The average amount of the new mortgages is 129,000 euros. The entry that a bank would ask for in that case would be 25,800 euros. Someone who received the most frequent salary in Spain (18,469) would take seven years to collect them if they saved 20% of their annual gross salary. And while he would have to pay the rent.

Faced with this vicious circle – you can’t buy because you don’t have savings and you have to rent, but it’s expensive and it prevents you from saving – companies and new business models have emerged that seek to provide a solution.

The Spanish Rento was born as spin-off of the real estate group Pryconsa. It adapts a model that comes from the Anglo-Saxon world: the shared equity or shared ownership, consisting of buying the house between two owners, of which one is the person who wants the house and the other is the company. “What we do is buy any house on the market at 100%. I buy 95% and you buy 5%,” explains Nacho Martínez, the company’s head of marketing. “You enter to live by paying me a rent for that 95%: that is, if it is 1,000 euros, you pay 950. As long as you live in the house and as far as you can, you buy more percentage of the property from me. The more percentage you have. , you pay less rent, because it is more yours and less mine “.

To avoid paying taxes every time the client buys a part of the house, the company offers a purchase deposit contract between years 3 and 7. The idea is to get there having between 20 and 30% of the house, to request the mortgage on the remaining 80% (which the bank does finance). The price of the house is fixed from the beginning and is revalued with the CPI. The company was born a year ago, so it has not yet completed any cycle, but ensures that it already has several signed contracts. In the UK, this model of shared ownership it is usually run through housing associations.

Another company, Proportunity, comes from the United Kingdom, which has ‘copied’ the British Government’s purchase aid scheme and turned it into a product. The call Help to Buy It was presented and launched in 2013. It has several legs, but the one we are interested in – loans – is available until 2023. The buyer puts 5% of the value of the house and the Government lends up to 20% or 40% if You buy in London, so you can take a mortgage for 75% (or 55%) of the value of the house. The buyer repays the loan without interest for the first five years and with interest of 1.75% thereafter.

Proportunity offers something similar: up to £ 90,000 of loan (with interest from the beginning) for people who can contribute 5% down. “We lend a percentage of the value of the property. When you return the loan, the house is revalued and you pay the same percentage that we have loaned you: that means that if the house has appreciated, you will pay more, but if it has lost value, you will pay less “, they explain from the company to elDiario.es. Thus, his business is to finance houses in areas that he considers are going to go up in price.

In Spain, Ana Botín proposed in mid-2020 the creation of a similar program in collaboration with the ICO to help young people buy a house. Their idea was that they would contribute 5%, that Santander would lend 95% and that ICO – the State – would guarantee 20% of the loan. That idea has not been spoken of again and sources from the Ministry of Transport confirm that they are still “focused on the affordable rental plan”, which includes the construction of public housing and collaboration with banks and developers to provide social rental housing.

Those consulted warn, yes, that the 80% rule is not always fulfilled and there are banks that finance more if the client’s profile fits them. “We come from the world of banking and we are very clear about the type of client that each financial institution wants,” says Oriol Batet, director of the mortgage intermediary AFinance, which successfully charges and claims to get 100% mortgages. “If you are single, you can go to a type of bank. If you are a salaried, pensioner, self-employed … to others. There are times when the end of the quarter or the year comes, financial institutions need to reach goals and they throw offers at you. We have experience in the sector and we are closing mortgages at 90, 95 or 100% “.

“There are entities that are aimed at a young public, with good income and solvent, but who do not have many years of savings and adapt their mortgage product,” adds Colombelli. “Another solution that goes hand in hand with this is to finance 80% of the value of the property and 80% of the reform. What does not exist is the formula of requesting a personal loan to reach 20%. This has been made a lifetime without the bank noticing, but now they avoid it: what they want to lend you is that you also make a financial effort “.