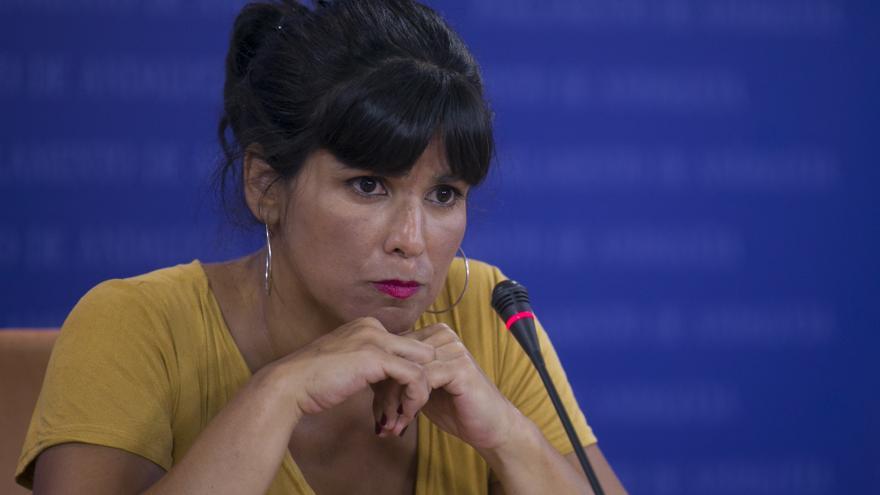 Day of huddles, hurrying the safety distance, in the Parliament of Andalusia. The plenary session took a glancing turn despite the fact that the previous day the 2021 Budget Bill. Despite the increase in hospital pressure caused by the record of the highest income figure for Covid-19 of the entire pandemic.

Attention was fixed on the embers that remained from last week’s fire when Forward Andalusia returned to immolate itself. The members of the Bureau of Parliament, the governing body of the chamber, decided on the resource what Teresa Rodriguez and other seven deputies expelled from the confluence of the left presented to request the “inadmissibility” of the letter by which they were considered “turncoats.”

In the end, neither that yes, nor that no. After more than three hours of debate, to which are added four hours on Wednesday, the members of the Board of the Andalusian Parliament have agreed to nullify the expulsion of the eight deputies from Adelante Andalucía. They are “full deputies”. For now Following the proposed resolution of the Chief Counsel, in charge of advising the Board, the request presented by the spokesperson of the parliamentary group has been “partially” considered. Immaculate Grandson (IU), on October 28. But Nieto will have to prove that the dismissal of the Adelante Andalucía deputies is a consequence of their separation from Podemos. For this, it has two calendar days, until Sunday.

Once this letter is presented, the Parliament’s lawyers will draw up a legal report that decides the future of the eight deputies. “We are going to make this documentation available to the Table and we hope that in the next few days there will be a final decision,” said Nieto. The proposal for a resolution by the Chief Counsel, which did not refer to issues of trans-fuguism, has had the votes in favor of PP and Cs. PSOE and Vox have voted against.

The decision came after a morning of hesitation and many encounters. IU counted the hours while those related to Rodríguez sent messages in favor of his readmission to Adelante Andalucía. The expectation was chewed through the corridors of the old Hospital de las Cinco Llagas. The mood changed sides by the minute. The group’s co-spokesperson, Angela Aguilera, stressed in an interview in Canal Sur that IU had concocted an “operation to get them out of the way” and pave the way for “configure United We Can in the south”. His words were seconded by the deputies Maria Grace Gonzalez, Ana Villaverde Y Nacho Molina in parliamentary headquarters. “This parliament is in the democratic ICU if such an outrage is allowed,” said the deputy.

Sources close to Anticapitalistas did not have “much hope” that the resource would prosper. Now they breathe and insist that “the accusation of transfuguismo does not hold.” They continue to refer to pact signed in February with Pablo Iglesias. The current coordinator of Podemos in Andalusia, Martina Velarde, has remarked that the national leader of the purple had “nothing to do with this story, which is merely Andalusian.” Velarde justifies that the cause of this situation is the “breaches” of the anti-capitalists within the confluence.

The coexistence within Adelante Andalucía was unsustainable. The break, inevitable. The divorce was carried out in installments and was precipitated with the request made by Podemos Andalucía, through Izquierda Unida (IU), to to remove Teresa Rodríguez and seven other deputies from the parliamentary group for “transfuguismo”. PSOE, PP and Vox supported the petition. Cs abstained.

With this ruling of the Table, the expelled deputies are reinstated and thus save what they described as “democratic outrage”. The procedural appeal of the deputies who have spent a week as not attached is temporarily supported. But the judicial route is still a possibility of his expulsion from the parliamentary group in the days to come. For now, everything returns to the starting box. Adelante Andalucía has celebrated the Board’s decision in networks:

Is ‘the crown’ possible with the Spanish royal family?

The Aemet activates the orange and yellow warning in the Canary Islands for rain, wind and rough seas