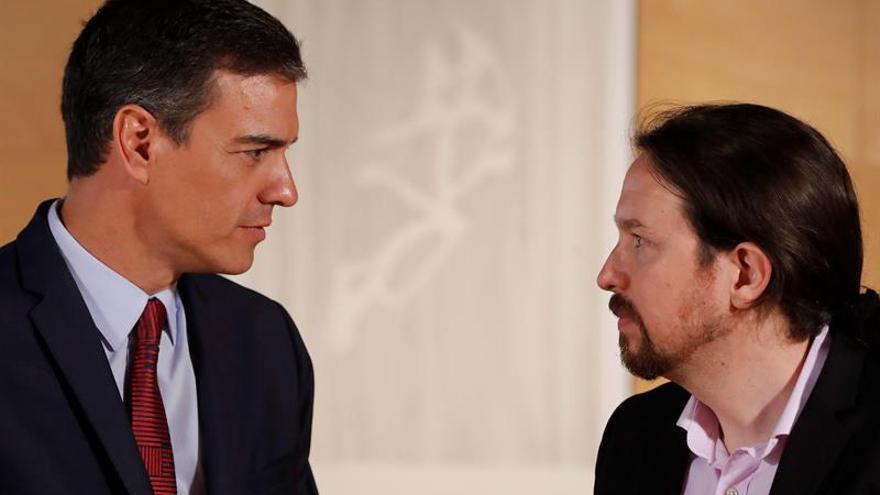 Some “progressive” Budgets that will involve the largest public investment in some State accounts, more than 239,000 euros that includes the 27,000 million of European aid advanced by the Government, and with a significant tax increase to reduce the income gap of more than seven points that separate us from Europe. These are the keys to the General State Budgets that the president of the government, Pedro Sánchez, and the second vice president and minister of Social Rights and the 2030 Agenda, Pablo Iglesias, presented this Tuesday.

Pedro Sánchez has been in charge of deciphering how the main items of expenses will increase. Health will have 3,064 million euros more, 151.4% more. The amount for Housing will rise 367% more, with an increase of 1,772 million. The ecological transition ministry will have 11,935 million for green policies.

In tax matters, Pablo Iglesias has revealed that the budget project includes an increase in corporate tax for large business groups, “limiting exemptions for dividends and capital gains generated by subsidiaries”; an increase of one point in the Wealth Tax for those assets that exceed 10 million euros; a rise of three points in personal income tax for capital income above 300,000 euros; and two points for earned income of more than 300,000 euros.

The project also includes fewer deductions for private pension plans and a minimum tax of 15% for Socimis, as explained by the second vice president. According to Iglesias, this is “a very important first step” towards “a profound reform of our tax system” that “corrects” the difference of 7 points in Spain’s tax burden with respect to the EU.

The IPREM (Public Multiple Effects Income Indicator) will increase by 5% throughout the legislature after frozen years. This indicator is key for granting social aid, scholarships and benefits and is used at the state, regional and regional level: if the Interprofessional Minimum Wage sets the minimum that a company must pay, the IPREM is the reference to access some aid (for example , to officially protected housing) and to determine the amount of certain subsidies (for example, aid for the unemployed over 52 years of age).

The last rise was 1% in 2017, after six years without touching. Currently, the IPREM is set at 537.84 euros, with which the committed increase in the PGE will raise it to 564.73 euros. Sources from Podemos assure that they have pressured the socialist wing of the Government to increase its amount and that is why the rise will be so large.

The new accounts include 2,000 million euros earmarked for active employment policies, according to the second vice president of the Government. In this same section of social protection, Iglesias has also highlighted an item of more than 200 million euros to “strengthen and modernize” social services. The leader of Unidas Podemos has also pointed to the update of pensions to the CPI, the rise in non-contributory pensions to double inflation.

The new public accounts are accompanied by two commitments, which were closed last night after several hours of negotiation between PSOE and Podemos. First, the Government is committed to expanding coverage and improving Minimum Living Income benefits. It will do so by promoting three amendments to the royal decree law by which it is regulated. Specifically: the income from the months of the current year (and not the previous year) will be taken into account to be able to access this benefit, so that someone who suddenly loses their income does not have to wait for the following year to credit it. Those under 30 years of age who want to apply for it will have to demonstrate two years, and not three, of independent living. Finally, the new pact between PSOE and Podemos establishes that the Ministries of Social Rights and Inclusion and Social Security will seek “solutions” that facilitate the identification of beneficiaries.

Regarding the regulation of rent, included in the coalition pact between PSOE and Podemos, the Government is committed to bringing the Housing Law to Congress within four months. This law is under development in the Ministry of Transport and Urban Agenda and is currently in the prior public consultation phase. The law must include a section that enables the Autonomous Communities and municipalities to intervene in the market in stressed areas, in which there have been abusive and sustained increases in income. Autonomous administrations may use their own price reference system, if they have one, or the one already prepared by the Ministry.