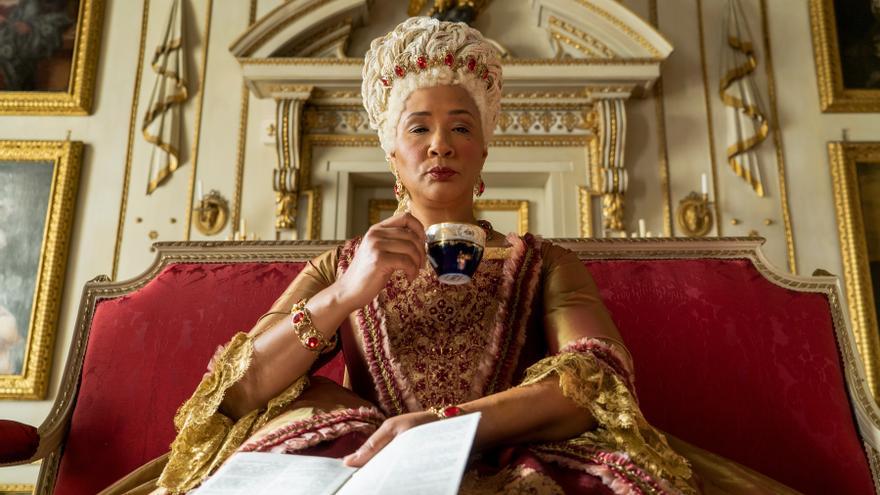 Madrid, Dec 23 (EFE) .- “Los Bridgertons” is emerging as one of the Christmas series, a classic soap opera with a good dose of love, family and intrigue in an Anglo-American and vintage version, shot in marvelous sets and with a delicate wardrobe both for them and especially for them.

“The Bridgertons” is a series inspired by the best-selling novels by Julia Quinn, one of today’s best-selling American romantic authors.

A series that does not lack sensationalism, scathing dialogues, in which they talk about family, their influence, friendships forever and the desire to find a love capable of supporting the social norms of the time.

A mix between the kind of “Donwton Abbey” and “Dangerous friendships”, as far as aesthetics are concerned, but which is far from being a period series, thanks to the creative licenses, the irony and the language used.

The series overwhelms with exuberant sets and a careful wardrobe by Ellen Mirojnick, a fable in which there is no shortage of gossip and interested rumors.

The designer Jorge Vázquez, creative director of Pertegaz and the firm that bears his name, explained to Efe that the time in which the action takes place “is incredible for fashion. Napoleon is at the forefront of Europe at that time and the Empire style becomes very fashionable, a return to the Greco-Latin aesthetic, but updated until that moment “.

Vázquez, a virtuoso in the selection of fabrics, admits that he personally “loves” that era and warns of the “wonderful” quality of the fabrics.

The cut in the dresses is placed under the chest, “the woman experiences, for the first time in many centuries, a certain comfort or relaxation when it comes to dressing, exquisitely dressed, but without a breastplate that does not let them breathe”.

The protagonists’ costumes are delicately tailored with attention to embroidery and minimal details, jewels and feathers that make even the simplest scene aristocratic. A series where extravagant suits, intense tones and very daring prints for that moment are also not lacking.

“It is a time in which everything was made by hand, to measure, they are garments that show that they are very, very worked, with not very complicated patterns, but with many hours of workshop,” Vázquez added.

As explained by Ellen Mirojnick, the team made 7,500 pieces, including hats, shawls and coats.

A good wardrobe, Jorge Vázquez stresses, “always adds up” and adds that a film ages better if the wardrobe is well adapted and “they are not carried away by current trends. It makes you travel to another time, feel a bit like Mr. Darcy. by Jane Austen “.

Precisely, a time, the end of the 19th century, in which the men’s wardrobe was also taken care of to the extreme because it said a lot about their social class.

“Men at that time were much better dressed than at any other time. There is a sophistication in outerwear, jackets, shirts … that we would like to have right now. We could apply the well-known phrase of ‘any time past was better ” in that sense.

Created by Chris Van Dusen “The Bridgertons” tells the story of Daphne Bridgerton (Phoebe Dynevor), the eldest daughter of the powerful Bridgerton family, and her debut in London’s competitive “marriage market” in the Regency period.

Daphne wishes to find true love like her parents did. However, as her older brother begins to dismiss potential suitors, the scandalous publication of the mysterious Lady Whistledown raises serious doubts about her persona in London high society.

Then the Duke of Hastings (Regé-Jean Page) will appear, a stubborn and rebellious bachelor, the dream of all debutante mothers and will change her life forever. Although both express their disinterest in the other, the reality is very different.