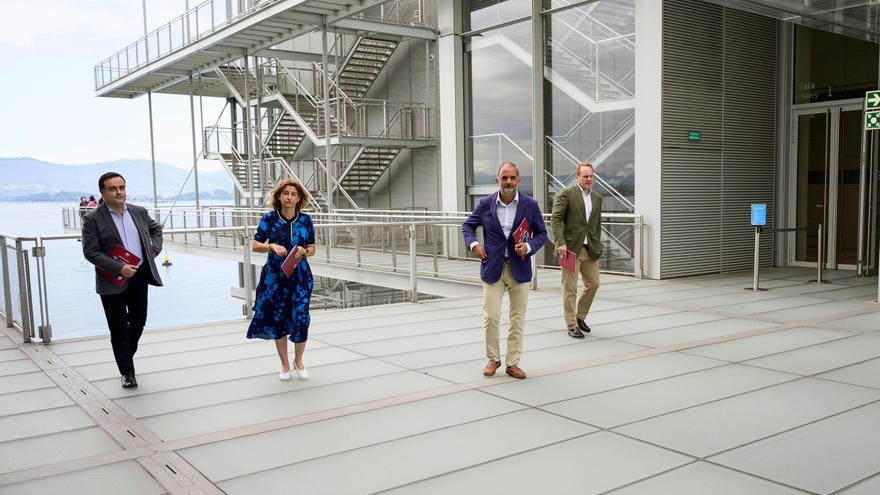 Santander, Jul 29 (EFE) .- The Botín Foundation invested 14 million euros in 2020 between the Botín Center of Santander and its education, institutional strengthening, science, rural development, water observatory and collaborations programs, while a year before the figure was 22 million.

The general director of the Botín Foundation, Íñigo Sáenz de Miera, explained that the decrease in this investment is due to the fact that the Botín Center was closed for months and also to a drop in the entity’s general expenses.

Saénz de Miera has presented the 2020 report of the Foundation with those responsible for areas and programs: the director of the Botín Center, Fátima Sánchez, the head of Programs, Javier García Cañete, and the director of Administration, José Manuel Setién.

The general director of the Foundation has also said that the entity’s equity comes from the Banco Santander shares donated by the Botín family, and that the budget has been adapted to the evolution of the dividend distribution.

Sáenz de Miera stressed that, “like everyone else”, the Botín Foundation has been affected by the pandemic, but that at the same time this situation has reaffirmed that the objectives of social programs are more relevant than ever.

He also spoke of the reopening of the Botín Center on May 12, after the confinement, which was the first in Spain and “one of the first” in Europe.

In 2020, despite the reduced capacity and the closure due to confinement, the Botín Center received 54,845 visitors, more than 58% from Santander and Cantabria.

Despite health limitations, 251 activities were organized over 40 weeks.

Sáenz de Miera stressed that the Center “has not had a single health problem.”