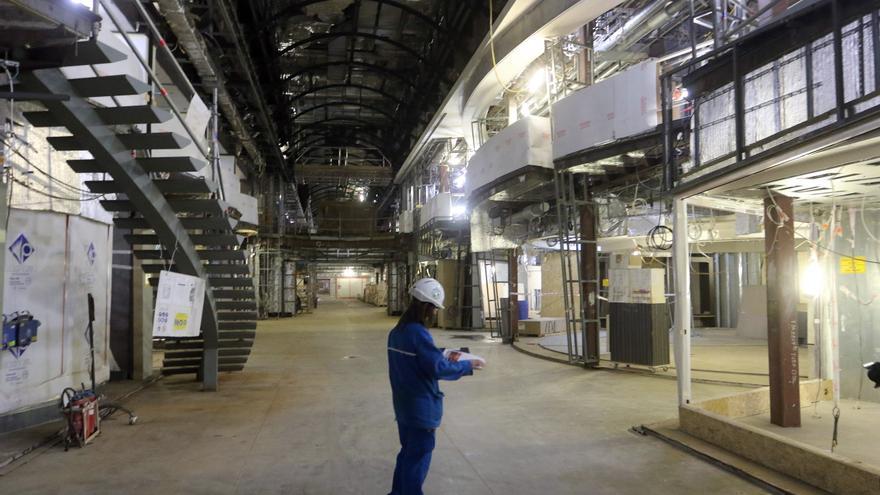 "The boss would not let me go to the bathroom, he aggressively asked me to urinate in a bottle of water," says one in his written complaint. "I had been injured at work and they had forbidden me to take time off work under the threat of firing me and sending me home. There were several witnesses to my accident. They did not like that I was on leave and decided to fire me," explains another. "We witnessed racist insults from a crew chief to fellow Africans and Arabs. The insults were 'shitty Moor' and 'dirty blacks'. We reported this behavior to the director of the PINE play, but he did nothing to prevent it ", details another. "While our colleagues receive 200 euros per Saturday, they pay us only 11 euros per hour on Saturdays," argues one more.

The complainants are posted workers, many Spanish, assigned to electrical installations at the Chantiers de L'Atlantique de Saint-Nazaire shipyards (south-western France, near Nantes). And they have submitted written complaints to the management of the company, PINE –To the managing director Carlos Mate Cota– based in Bizkaia; with a copy to the French labor inspectorate; the Spanish works council for the humiliating working conditions; and the French union CGT, which is representing them in France.

"The company has opened a completely confidential internal investigation process", PINE responds to elDiario.es: "For this reason, until there is a final report of conclusions, after collecting all the necessary evidence, testimonies and statements, it is not possible to issue no statement on the matter. "

"PINE turns a deaf ear to the claims and complaints", says André Fadda, CGT leader, to elDiario.es: "The height of this situation has occurred as a result of the attempted discussion that the CGT tried to establish with the head of works on August 25. The latter, with a cocky and haughty attitude, typical of a farmhouse gentleman, confronted the union representatives, even pushing one of them, a national representative. Faced with this situation, the CGT union has filed a lawsuit. to the Saint-Nazaire Labor Inspectorate to report the harassment, intimidation and daily harassment that PINE practices in Saint-Nazaire. "

However, PINE states: "The company is in continuous contact with all the parties involved in order to clarify the situation, that is, workers, client, labor inspectorate, works council and unions present in the company." On the other hand, the CGT maintains: "We have questioned the shipyard management. The shipyard has been written to receive a delegation. The shipyard management has not answered this at the moment. For at least a week, ten days. And the French Labor Inspectorate is doing its investigation. But here the situation has not changed. "

And ditch a PINE spokesperson: "We inform you that in the face of any communication not verified, the company reserves the right to take the legal actions it deems appropriate."

The Force Ouvrière union -preferred by Rassemblement National voters, according to the polls–, for his part, he has defended the company in a statement in the local press: "We are dismayed, they are declarations of part and slander. We have received many testimonies from workers who have not reported any case of discrimination."

In the Chantiers de L'Atlantique de Saint-Nazaire shipyards, large cruise ships are built for companies such as RCCL and MSC, and more than 9,000 workers work there, of which 5,000 are subcontractors, according to union sources. Among the auxiliary companies that operate in the shipyard are several Spanish.

"The company PINE, of the ZIMA group, present in Cadiz and Basque shipbuilding, has displaced Andalusian, Basque, Latin American and African workers to Saint-Nazaire for electrical work on board ships under construction", says Fadda, leader of the CGT: "For these trips, the company relies on an office in Madrid to establish end-of-work contracts, and in this way workers cannot benefit from the agreements in Cádiz or Bizkaia, which are more advantageous. authentic social dumping. Since PINE arrived in 2014, workers have been victims of non-compliance with Spanish and French collective agreements, unfair dismissals, and in recent years, mistreatment and workplace harassment by the project manager and two team leaders; José Antonio Delgado Reyes, Maite Pérez Diaz and Luis Nobles ".

"Since 2018 we have always had this type of treatment," says Julio (fictitious name of a worker who prefers not to reveal his real identity for fear of reprisals): "The first thing I heard was a 'go to hell, go to hell . Or you're going to go to the fucking street '. Textual words ".

Julio is one of ten Spanish workers who knocked on the door of the CGT in Saint Nazaire in mid-July seeking help. "Given the economic situation in Spain, what you do is look for work, make it a continuous job and not be from one place to another. And here the work is for a long time," he explains: "But the insults are daily. days, and we are not children to put up with an uncle who talks to me like that for wanting to keep my job. "

Pedro, another worker with a fictitious name, points out: "They are threats on a daily basis. It is typical of the medieval age. The great feudal lord, where he lacks nothing more than the right to pernada. Where he is allowed by the company. He is the typical figure of a feudal lord. "

"When I go out to the dock to get water to quench my thirst, he tells me that he pays for work, not for walking, and that we are taking advantage of the company," says a worker in the complaints to the inspection. Another adds: "I have frequently witnessed racist insults towards colleagues of mine, such as 'moro or sudaca de shit', as well as sending colleagues to steal reels of cable, threatening them that if they did not do so they would retaliate."

Pedro also relates another case: "A colleague asked for paternity leave of 16 weeks, to which he was entitled. But after four weeks the company called him to rejoin."

In total, union sources say, "between PINE Spain, PINE France and the Polish subcontractor, there will be more or less 75 people. Spaniards, about twenty."

Another of the workers' claims is that the company does not comply with the agreements regarding displaced personnel: "PINE gives a diet of about 40 euros a day; to others, 50; and others of 70 something; and others of 90 ", continues Fadda:" When it would have to be all the expenses, because these colleagues have to pay the rent for the apartment themselves and some are in 20 square meters. These are people who have been working here for years under these conditions and the company They do not want to pay for the accommodation costs that they are obliged to do because of the rights of displaced workers. And then there are overtime, which is not respected. "

"What is relevant," argues André Fadda, "is the daily inhuman treatment, the insults and racist and xenophobic behavior, the public humiliation." This pressure, explains Fadda, has led some workers to request a leave "due to workplace harassment, stress and because they received threats and racist insults from the site manager."