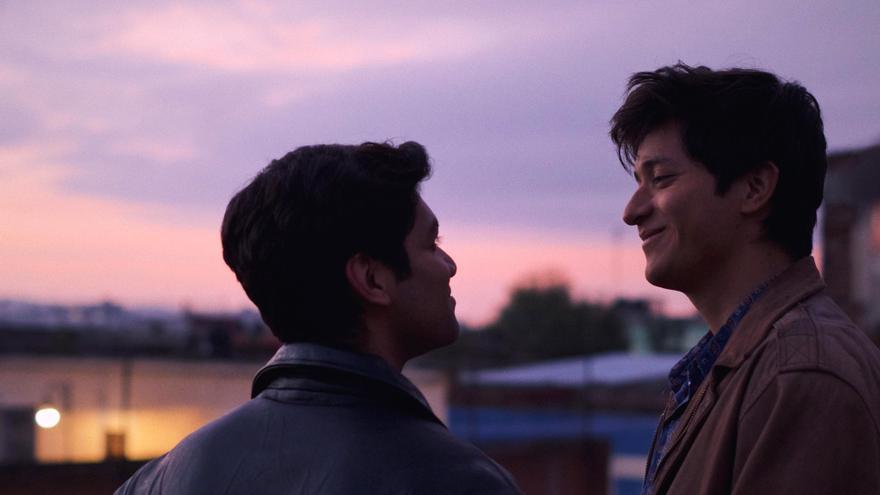 New York, Jun 15 (EFE) .- “Many people do not know immigrants, they do not know anyone who does not have documents,” Heidi Ewing, the American film director responsible for “I take you with me,” tells EFE. tells the story of love without borders of a Mexican gay couple who emigrate to New York and which opens this Tuesday at the Tribeca Festival.

“It is a story of great love and that is why I wanted to make the film, but also to show people the face of the immigrant who is not the stereotype,” says the filmmaker of her first fiction film, since until now her list of cinematographic works was full of documentaries.

“They are owners (of a business), they are a gay couple, they have a good life in New York,” he stresses. “(They are) the normal stories of real people who came here for a dream, who did not come for gang violence or drug traffickers,” he adds.

The film, which arrives in Tribeca after receiving the audience award at the prestigious Sundance competition in 2020 and which opens in theaters in the United States on June 25, is based on the lives of Iván and Gerardo, two men who meet in their native Mexico and fall in love.

After establishing a close relationship, which they are forced to hide, they emigrate to the United States in search of a better life in which they are allowed not only to advance in their professional careers and achieve greater financial comfort, but also to demonstrate their love. openly.

“This film is based on real events. It is a story about some friends that I have known for twenty years, and after eight years of friendship one night they decided to tell me their true love story,” explains Ewing.

“I was very surprised, because I did not know how difficult it was to come to the US, I did not know that they had faced discrimination in Mexico as a gay couple. It was such a romantic and intense story that I wanted to tell it to the world,” he adds .

Despite the fact that a good part of the film is narrated by Mexican actors Armando Espitia and Christian Vázquez, who put themselves in the shoes of Iván and Gerardo respectively, Ewing decided on an unusual format at the end of the film, in which he introduces images of the couple to continue showing their love story, honoring her role as a documentary director.

Some images that she obtained after having been following them with a camera for years, taking advantage of the close friendship that unites them, and that due to their authenticity and intensity the filmmaker could not stop using.

“There are no other films that do this, I did not have other references to study or see how it works because it is not done. But I did not want to use actors for this moment of his life because what I had was so emotional and real”, Ewing points out about the mixture of fiction film and documentary that he achieved.

The director confesses that she was initially “afraid” of working with actors, since she had never had to direct an interpreter, but the American was very clear that she wanted both Espitia and Vázquez to use their own imagination in the film instead of trying to recreate exactly one character.

Vázquez says that working on this film helped him understand the sacrifices of an immigrant much better. “The word ‘migrant’, I know what it means, but after this project I say, for me they are like anonymous superheroes, because they go, risk and leave everything,” he adds.

For her part, Espitia wants to emphasize that “I take you with me” also raises how migration to the US divides families, which sometimes can never see each other again, because if the undocumented return to Mexico they will not be able to enter the territory. American again.

“What I have seen with the public in the US is that they did not stop to think this, in the impossibility of returning, because what they build in the US will disappear from their hands if they return and cannot return. to enter “, the Mexican actor raises.

“I think it is important that a kind story, a love story, tells them that that also happens. That despite being hardworking people who are fighting for their dreams, they also have this little detail that they cannot return (to Mexico), and that makes them something that has been talked about a lot, if they are not from here or there, and how that affects people’s lives “, ditch.