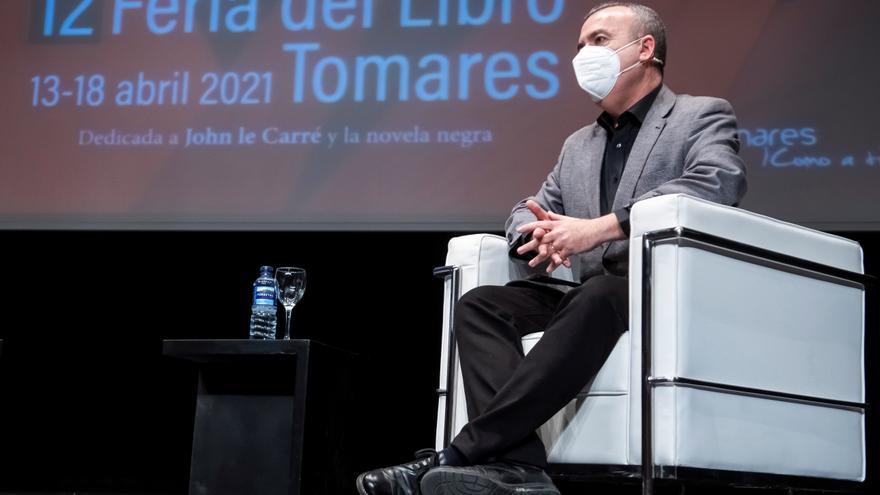 Tomares (Seville), Apr 14 (EFE) .- The Madrid writer Lorenzo Silva opened this Wednesday the XXII Tomares Book Fair (Seville), the first to be held in Spain this year, which is dedicated to John le Carré and the crime novel, in which he has highlighted the importance of books “for personal liberation in this pandemic.”

The first of the literary fairs in Spain and the first to return after the pandemic, is dedicated to Le Carré for “its genius in bringing us closer to the hidden reality that cannot be seen”, Silva said in his proclamation, where he highlighted “the The importance of the book not only because of its ability to approach such a diverse reality, but also because it has been a means of enrichment and personal liberation for many people during this pandemic, in which we have been impoverished and deprived of that freedom ”.

Lorenzo Silva, has begun his inaugural lecture by recalling the important work and figure of John le Carré, “an author who amazes me how he approached what happens behind the scenes, to that part of the hidden reality that we do not see, and masterfully that addresses it in his novels about spies, arms trafficking and the pharmaceutical industry ”.

He has also claimed “the importance of the book not only as a vehicle for knowledge and storytelling, but also for its great ability to approach such diverse reality and the stories that concern us” and highlighted “how the book has been a means of enrichment and personal liberation for many people during the pandemic, in the face of the state of impoverishment and deprivation of liberty to which it has led us ”.

Lorenzo Silva has inaugurated this great appointment with the world of books that began this Tuesday, with film noir, and that will bring more writers to Tomares than ever, ninety, including thirty of the most prominent Spanish writers of the moment .