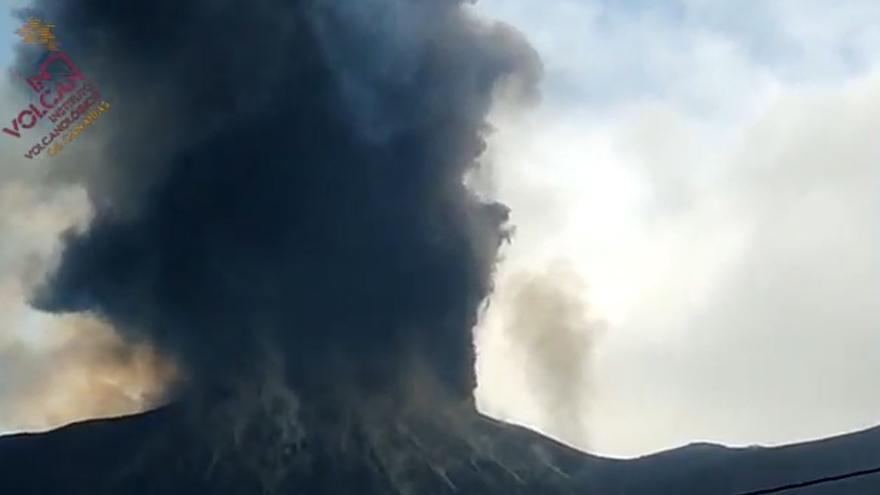 The ‘Meteored’ geologist, Lorenzo Pasqualini, has stated this Wednesday that the idea of ​​bombarding the lava of the Cumbre Vieja volcano, on La Palma –which has outlined the President of the Cabildo de La Gomera, Casimiro Curbelo, in a gathering although later he has qualified -, “it is not new” and it was already used in the eruptions of the Etna, in Sicily, in 1983 and early 1990s.

Thus, he relates that This technique was used when the lava threatened some inhabited centers located on the slopes of the volcano..

However, the explosives were not launched from military aircraft, they were precisely placed from the ground to modify the morphology of the terrain and deflect the lava, after careful planning.

However, Pasqualini points out that Etna’s environment “is very different” from Cumbre Vieja and the Italian towns are situated at a considerably greater distance from the eruptive mouths.

What’s more, “The difference in level is important, on Etna there is a long journey, both in length and in height, before the lava reaches the inhabited centers“.

Explosives to change the direction of the lava, which threatened two inhabited centers, were first used at the Sicilian volcano in 1983 and is considered the first intervention of its kind in Europe.

Programmed by Italian volcanologists supported by explosives experts from Sweden, this action met with much criticism, both from other volcanologists and environmentalists.

Their results were even considered “insufficient” by an important part of experts, although there is an open debate on this subject, they point out from Meteored.

With this explosion, the lava was forced to flow in a channel previously prepared by the Army. and the preparation also ran into several technical problems, among which the placement of explosive material in a very hot area stands out.

Initially, an attempt was made to modify the lava flow – which threatened the town of Zafferana – by building dams and throwing concrete blocks from helicopters.

In the end, in the month of May 1992, the explosives were used again (7,000 kilos) to force the lava to enter a new channel previously prepared.