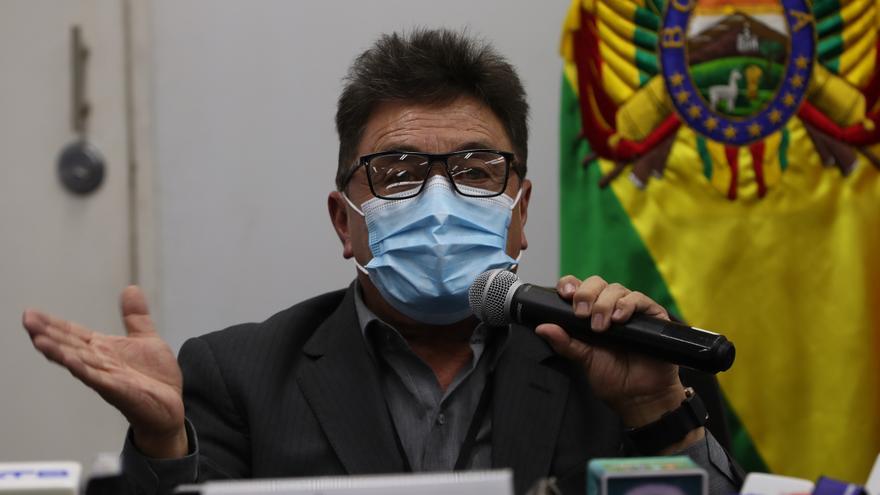 La Paz, May 28 (EFE) .- The Bolivian Government presented a project to preserve the patrimonial Cerro Rico de Potosí, which was the largest silver deposit in the world in the 16th century and for years has been registering landslides that endanger its shape conical due to persistent mining at the site.

The plan was presented to the local authorities and citizen leaders of the Andean region of Potosí by the Minister of Mining and Metallurgy, Ramiro Villavicencio Guzmán, together with the Vice Minister of Mining Policy, Wiston Medrano, and the president of the state Mining Corporation of Bolivia ( Comibol), Eugenio Mendoza.

“In this project what we want to do, and it is important, is not to damage the morphology of the hill,” Villavicencio said, quoted in a statement released this Friday by his office.

The authority pointed out that a “world-class” solution is being sought to the Cerro Rico problem, and mentioned as an example the case of the Chilean Chuquicamata mine, which has been operating underground since 2019.

According to the minister, in Potosí you can have “a similar project” with an investment “of up to 20 million dollars” to provide an “almost definitive solution to this problem in Potosí.”

The Bolivian city of Potosí, where the hill is located, was inscribed as a World Heritage Site in 1987, but in 2014 it entered the List of World Heritage in Danger due to “uncontrolled” mining activity that could “degrade the site,” as reported at the time Unesco.

The landslides in Cerro Rico have been present for several years at the top, which has affected the traditional conical shape of the mountain.

Its top is 4,702 meters above sea level and its protection is a permanent demand of the Potosí population.

The silver deposits of the hill have been exploited since 1545 and were one of the main sources of income for Spain in colonial times.

At present, exploitation above 4,400 meters is prohibited, something that is not fulfilled.

Bolivian authorities have sought various alternatives in recent years to preserve the hill with measures such as an attempt to relocate the miners who worked in risk areas and the “dry fill” applied in some collapsed areas.

The government study proposes to cut a five by five meter section that will begin in the lowest part until connecting with level 17 to enable new areas for the miners that currently operate in the prohibited areas, according to the press release.

Vice Minister Medrano pointed out the need to also have a plant for the “treatment of acidic water” and to consider the management of solid waste in the new areas that are enabled.

Villavicencio indicated that the project seeks to ensure that Cerro Rico “continues to be heritage, but also continues to be productive and, above all, benefits all social actors.”