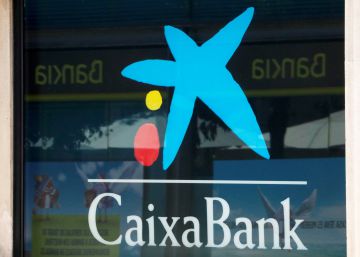 On Tuesday night, the Minister of Economy, Nadia Calviño, and the president of the La Caixa Foundation, Isidro Fainé, closed the pending fringes to be able to convene the boards of directors of CaixaBank and Bankia to approve their merger, operation which will give rise to the largest bank in Spain. But first, the two parties sent the documentation of the integration to the FROB’s governing committee yesterday. The FROB is Bankia’s main shareholder, with 61.8% of its capital.

This commission is made up of 11 members with voice and vote in the operation. In it sits the CNMV, Competition, Economy, Finance and the Bank of Spain, in addition, of course, its president, Jaime Ponce. The opinion of this body is fundamental for the operation, the councils could have been convened yesterday, but they preferred that the FROB had knowledge of the details of the operation, even if it was only included within the usual procedure carried out by these operations, since the approval final will be produced in the coming weeks.

At today’s meeting, the final green light will be given to the closing of the exchange equation of the operation, once all the data of the due diligence, to address the merger proposal and define the price of the operation, are already in power. of the directors.

The extension of the work in the information exchange phase, in which the numbers of each entity have been thoroughly analyzed, and certain divergences on the exchange equation are the factors that prevented the boards from meeting last Sunday, such as was shuffled.

In the new resulting entity, which will maintain the CaixaBank name and brand, the La Caixa Foundation will control 30% of the capital, since below that percentage, CaixaBank could no longer be the head of the fiscal group that includes the La Caixa foundation. Criteria, in accordance with the Corporation Tax Law and the Banking Foundations Law. That would complicate the group’s tax strategy, with multiple investees.

Maintaining this percentage was not in line with the FROB’s claim to obtain a 20% premium over Bankia’s average price since the transaction was announced on September 3, and to control between 15% and 16% of the capital of the new CaixaBank .

Given this, and after positions festering, last Friday La Caixa consulted with the ECB whether temporarily it could now raise its stake in the bank above the 40% it owns, a ceiling that is also set by the regulations on foundations. The European supervisor saw no inconvenience, to which he added that all parties wanted to save the operation, and Fainé’s request did not require modifying any European norm, only a criterion of good practices, explain sources familiar with the negotiation.

After resolving this point, which allows La Caixa to retain its 30% in CaixaBank, and slightly increase its future stake in the resulting entity to Bankia from the initial 14% to 15.5% or 16%, the negotiations flowed again. Although there have also been certain tug of war in the distribution of the new board of directors.

CaixaBank will have in the new group between 74% and 75% and Bankia between 25% and 26%. Considering only the current valuation of banks on the stock market, Bankia could account for around 30% of the new group in capitalization. The FROB would have imposed a minimum premium of 20% to 30% on capitalizations prior to the announcement of the start of negotiations.

Today the council will reveal the final exchange equation, although everything indicates that it will be slightly higher than 20% (the rise in the Bankia and CaixaBank stock markets must be taken into account).
Regarding the structure of the new board, it will be made up of 15 members, 10 of them independent, and three proprietary members –one of them will represent the State, through the FROB’s participation in Bankia, and two from La Caixa–. There will be two executives, Gonzalo Gortázar, who will be the first executive, with the position of CEO, and José Ignacio Goirigolzarri, who will be executive president. The rest, 10, will be independent.

Venues. The headquarters will be in Valencia, where the headquarters of Bankia and CaixaBank are located. In addition, there will be two operational headquarters, one in Madrid and one in Barcelona. The merger will mean the departure of 7,000 to 8,000 employees in about three years, with the closure of some 1,500 offices. The restructuring costs will be covered by the negative goodwill, derived from the merger, which amounts to about 8,000 million euros, which is why no capital increase is needed.

Synergies. The cost savings of the operation amount to about 720 million euros, which adds up to synergies of approximately 5,000 million.

A giant is born. The combination of both banks gives a group with 664,027 million euros in assets, practically entirely in Spain, of which Bankia would contribute 218,455 and CaixaBank the remaining 445,572 million, and would be the largest bank in business in the country, above BBVA and Santander. It would have 6,727 in starting branches (2,267 of them Bankia) and 51,536 employees on the workforce in this market and Portugal (35,589 on CaixaBank payroll), although there will be duplications that will allow cost adjustments.

Coronavirus: If the crisis has left you without money, these are the 10 tips to save | My finances section