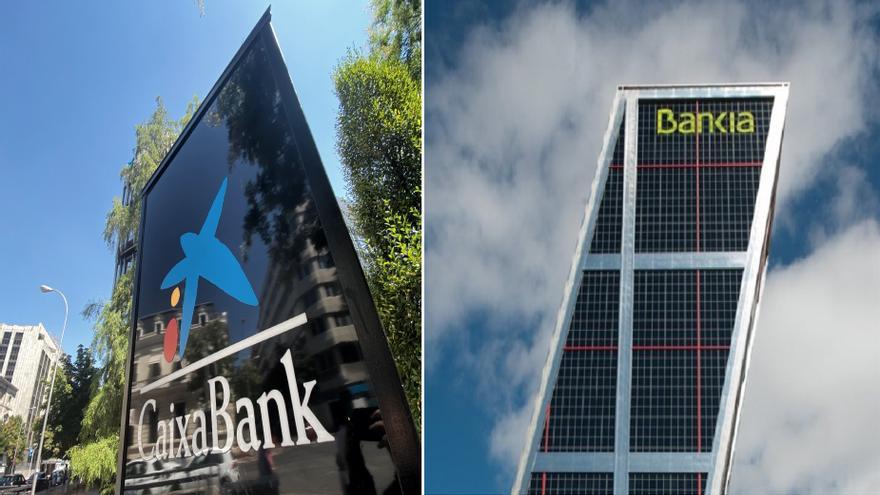 The boards of directors of Bankia and CaixaBank have approved in their respective meetings this Thursday afternoon the merger of both entities to create the largest Spanish bank. After completing an agreement in recent days, these financial groups have informed the National Securities Market Commission (CNMV) of the endorsement of their governing bodies to the union of the two great heirs of the Spanish savings banks. The Chairman of Bankia, José Ignacio Goirigolzarri, and the CEO of CaixaBank, Gonzalo Cortázar, present this Friday to the press.

Both groups have successfully carried out the negotiations that they made public on September 3. During the past weeks they have been debating what the exchange of the shares and the stake with which the Fundación La Caixa and the FROB, the first two shareholders of the resulting group, would finally be. Bankia has undertaken this process with the advice of EY and Rothschild and CaixaBank by Morgan Stanley and Deloitte.

Bankia and CaixaBank are thus heading towards the largest financial operation in recent years in Spain and one of the most important in Europe. They thus comply with the wishes of the European Central Bank, which in recent months had urged the banking sector to carry out mergers to improve the profitability of a business that has been very deteriorated in recent times. Some analysts have pointed to this agreement as the first piece of a new wave of mergers both in Spain and in Europe.

With the operation, the State puts an end to eight years of control of one of the largest financial entities in the country. Until now, the FROB controlled 60% of Bankia after having had to come to the rescue of the entity after a disastrous IPO that resulted in the largest financial rescue. It is the third operation with its shares in the entity that it carries out after having divested 7.5% in 2014 and 7% in 2017. Now it will become the second shareholder of the new bank, behind the La Caixa Foundation.

After the agreement and approval of the boards of directors, the next step that remains to complete the merger will be the approval of the shareholders’ meetings of each entity. As the State owns 60% of Bankia and Criteria 40% of CaixaBank, it is expected that this step will be a mere procedure.