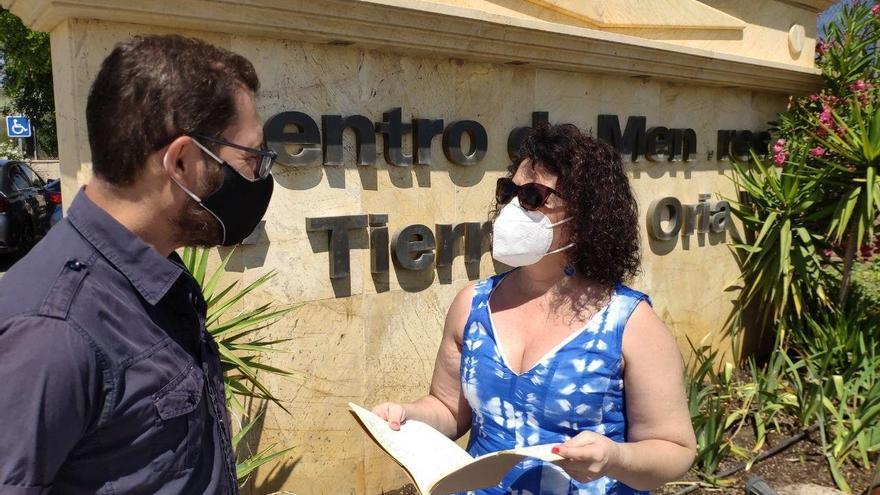 The Child Protection Law it was approved last Thursday in Congress leaving some gray areas related to the child protection centers for which the associations would have wanted it to “go further”.

When the young Iliass Tahiri lost his life in a center for juvenile offenders (called socio-educational centers and, previously, reform centers) in 2019 he was face down, holding hands and feet with some straps that tied him to the bed. After carrying out a series of inspections and verifying that these containment measures were being used with some frequency, the Ombudsman issued a recommendation to abolish them for centers for juvenile offenders. This institution requested that the regulations of the Law of Responsibility of Minors be reformed but finally the processing in the Senate of the law on children incorporated an amendment so that mechanical restraints were prohibited in all child protection centers. With one exception.

According to the law, only in very specific cases, centers for minors with conduct disorders may use, as part of physical restraint, “restraining the minor’s wrists with approved equipment” and only on an “exceptional basis”, when ” it is not possible to avoid by other means putting the life or physical integrity of the minor or third parties at serious risk “. The legislator does not clarify what type of approved equipment is this element that would fulfill a shackle-like function and that the deputy of Podemos Lucía Muñoz, during the parliamentary process, has called “wristbands”. The maximum time of immobilization of the minor with this restraint is one hour. During this time, the minor will be accompanied in person, or permanently supervised, by an educator. The centers for conduct disorders are intended for minors in a situation of social difficulty who, as a result of a serious maladjustment to their environment, may harm themselves or others. The new law allows that with these children and adolescents a wrist restraint can be used when prevention and de-escalation measures have failed.

Therefore, “they have not been prohibited in all cases, as requested by the Ombudsman, but a greater regulation of use has been proposed,” says Ricardo Ibarra, director of the Platform for Children, since until now it had not been regulated The use of shackles in specific psychotherapeutic centers such as conduct disorder centers is so expressly used. “Only fixed-point restraints have been eliminated, which is progress but, for us, the law should have gone further and prohibited all of them,” explains Almudena Escorial, head of political advocacy for this platform, which represents 68 entities. .

The Raíces Foundation, which works for the social integration of minors in vulnerable situations, frames this aspect that is not covered by law within “institutional violence.” It is “particularly concerned” that the law does not “generally” prohibit mechanical restraints and restraints, both physical and mechanical, of children and that it only eliminates fixed-point restraints. “The possibility of using shackles or handcuffs is maintained, which until today can be applied to children residing in Reform and Therapeutic Centers and leaves the door open for it to be applied to children residing in Protection Centers” , which means giving children residing in any center “less guarantees” than “those recommended by the National Mechanism for the Prevention of Torture of the Ombudsman for adult inmates in Penitentiary Centers.” “Talking about institutional violence does not mean assuming that it occurs in all cases, it means understanding that there may be cases of violence exerted within institutions or by institutions against children, and that controls and guarantees are needed to protect them. protect, “says its president, Lourdes Reyzábal.

In 2009, the Ombudsman made a report on these centers where minors are admitted without a court order, of which there are 82 in Spain, which he called “a system with more shadows than lights.” In it, he pointed out “the lack of a planned, coordinated and responsible action on the part of public administrations – health, educational and social – concerned with the care of minors with behavior problems.”

For the deputy Mertxe Aizpurua of EH Bildu, the law “avoids and makes invisible” the “violence of the abuses that are exercised from the centers of institutional protection”, which has called a “dark and uncomfortable reality” during the Plenary of Congress in the one that approved the Law for the Protection of Children and Adolescents.

Last year they were uncovered 16 cases of child sexual exploitation in girls under the care of the Consell de Mallorca and a victim denounced that these abuses have been in place for decades.

On the other hand, there is no defined action in the law regarding child protection centers. “The law misses the opportunity to close the residential care for children under 10 years old at once”, assesses Jesús Palacios, professor of Evolutionary and Educational Psychology at the University of Seville. The law of 26/2015 was “very timid” in that sense, strictly limiting it only to children under three years of age, “even for these, leaving the door open to exceptional situations, which is like locking the front door, but leaving the window wide open, “he adds.