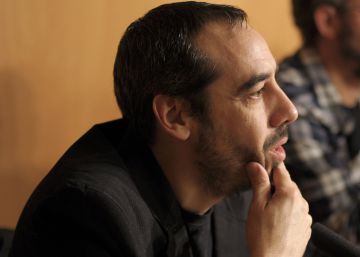 The Spanish writer Carlos Bassas del Rey and the Argentine Juan Sasturain have won ex aequo the Dashiell Hammett award for the best black novel written in Castilian. The authors have obtained the award thanks to the works Fair Y The last Hammett, respectively. The distinction is granted annually by the International Association of Police Writers and has been ruled this Friday in Gijón in the framework of Black Week that the Asturian city celebrates every summer since 1988.

Fair (Alrevés) is a stark tale of violence and blood in which Bassas del Rey intertwines a song of love to a neighborhood Barcelona already disappeared. The last Hammett (Alfaguara), on the other hand, is a tribute of Sasturain to the black genre, written over four decades of literary production in parallel.

Single Bassas del Rey could be present this Friday in the Asturian city. The writer thanked that he has been awarded a work that is "a short poem to Barcelona", as well as a "tribute" to the figure of his father, "connoisseur of the small stories of the corners of each street." In the novel, the author goes back to the legend that states that in each generation of Jews are born just 36 men to define the protagonist of the work, an old man who wanders "pissed off" by the Catalan city. The organizers of Semana Negra have attributed the absence of the second prize winner to the "little help" from the Argentine Government in financing the writer's trip to Gijón.

Bassas del Rey and Sasturain have imposed themselves on the other two finalists: the work Black hearts (Erein), in which the Basque author Noelia Lorenzo Pino shows the sordid conception of sex that encloses prostitution; Y The chemistry of hate (Plaza y Janés), a fiction by the Salamanca journalist Carme Chaparro about a female chief inspector, is in charge of investigating the murder of one of the most famous women in Spain.

EL PAÍS journalist Nacho Carretero, with On the death row,has won the Rodolfo Walsh Prize, the second great award that is granted in the contest and that distinguishes the best non-fiction black novel. In his thanks, the author recalled the start "eight or nine years ago" of the project, centered on the story of Pablo Ibar, sentenced to life in the United States as alleged perpetrator of a triple murder in 1994. "Unfortunately, for Pablo and his family, this is a real black novel," said the writer, who has defended several times that he believes that Ibar he is innocent of the act for which he remained for 16 years (until 2016) waiting to be executed.

The rest of the awards granted by Black Week have fallen on the following writers: Memorial Silverio Cañada to the best first novel of black genre of an author, for The cain (Ediciones Adn), by Enrique Llamas; Celsius Award for the best fantasy novel, horror or science fiction in Spanish, for Where it is always midnight (Editorial Pez de Plata), by Luis Artigue; and the Spartacus to the best historical novel in Spanish for Comanche (Ediciones B), by Jesús Maeso de la Torre.