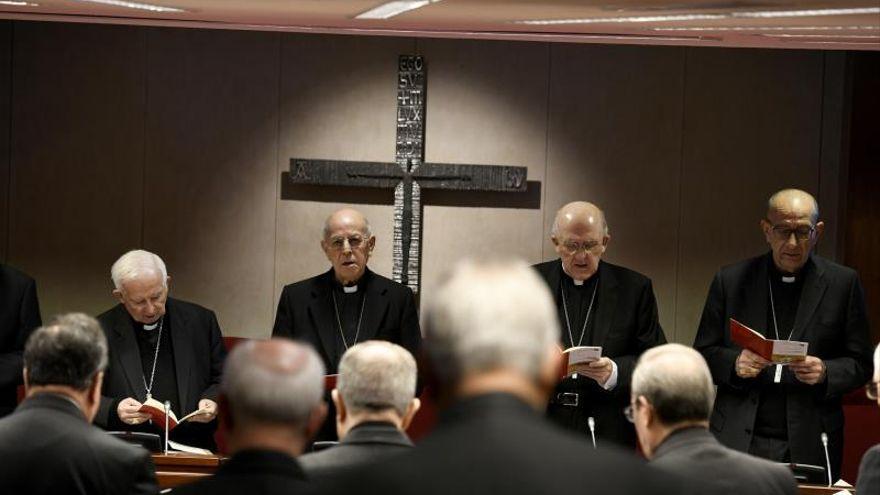 The bishops consider that the Celaá Education Law, which was approved yesterday in Congress, “introduces limitations on rights and freedoms” of students, parents and subsidized centers. In a press release, approved by the Plenary Assembly, the Spanish Episcopal Conference (CEE) regrets that “this law has been processed despite the difficult circumstances caused by the pandemic and at extremely accelerated rates.”

So much so, that at a press conference, the spokesman for the EEC, Luis Argüello, warned of the possibility of going to the Constitutional Court if freedom of education, the right of children is not respected, as in his opinion parents and the dignity of the Religion class.

“We continue to reach out, but if we have to defend our rights, we will do so,” added Argüello, who did rule out that the bishops would lead the protests against Lomloe. “We are aware that we live in a diverse society. Lomloe herself is confessional in the way of understanding education, in the way of understanding the public, identified in the state. Each of us is in the public square from our convictions and ideological approaches “, stressed the auxiliary bishop of Valladolid, who regretted that Education had not even responded to their proposals.

“Unfortunately, this proposal has not even been studied jointly, but we do not want to lose hope. An educational law has decrees that develop it, and in our autonomous system as well,” he said.

“It would not be acceptable for the State to try to appropriate this role of the family and society – to whose service it is called -“, consider the bishops, “identifying the public nature of education with its organizational dimension of a state nature.” Not only what is owned by the state is public, the note states, which advocates “a Global Educational Pact” that does not make Religion “a criterion of exclusion.”

At the same time, the EEC claims that the new law “offers greater protection of the right to education and freedom of education”, especially “the exercise of the responsibility of parents in the education of their children.” Thus, the Conference supports “the efforts of families, platforms and social agents who have mobilized in these days to defend these rights”, in reference to the platform More plurals, which brings together several employers’ associations, unions in the sector and associations of Catholic families.

For the bishops, the new law “should include the ‘social demand’ [término que aparecía en la ley Wert a la hora de programar las plazas educativas] at all stages of the educational process: freedom to create schools, freedom of choice of center and educational proposal, equal treatment of the various types of center, for which free education without discrimination is necessary “.

In his opinion, this does not occur: “We deeply regret all the obstacles and obstacles that they want to impose on the action of concerted Catholic institutions. This is not the time to confront educational entities and institutions, but to work together, in the public space , to offer an adequate education to all children, adolescents and young people in our country “.

Finally, the bishops recall that “education of the moral and religious dimension of the person cannot be excluded from the school environment”, for which they proposed to the Ministry of Education that “school religious education be integrated into an area of ​​common knowledge for all the students, in a way that does not generate comparative grievances for anyone “, which” should not be considered alien to the educational process, but must be comparable to other fundamental subjects “. They had little success with their proposal, although the Government has introduced into the law a subject called Culture of Religions, of which little is known in the absence of regulatory development except that it will be non-denominational and will be optional.

“Unfortunately, the proposal made by the EEC has not received a response from the Ministry. In fact, the approved legislative text suppresses the academic value of the evaluation of the Religion subject, and leaves students who do not take this subject without training with scholarly content “, criticize the bishops in reference to the fact that the subject will not have an alternative subject, which its defenders understand as a degradation of it.

“The disqualification of this subject or the work of its teachers as indoctrination is not acceptable. On the contrary, it respects the set of demands of its presence in the school environment, relative to the methodology or the status of the teaching staff,” the bishops maintain, who advocate “continuing to defend the school and educational inclusion of school religious teaching as part of the scope of a necessary moral education.”