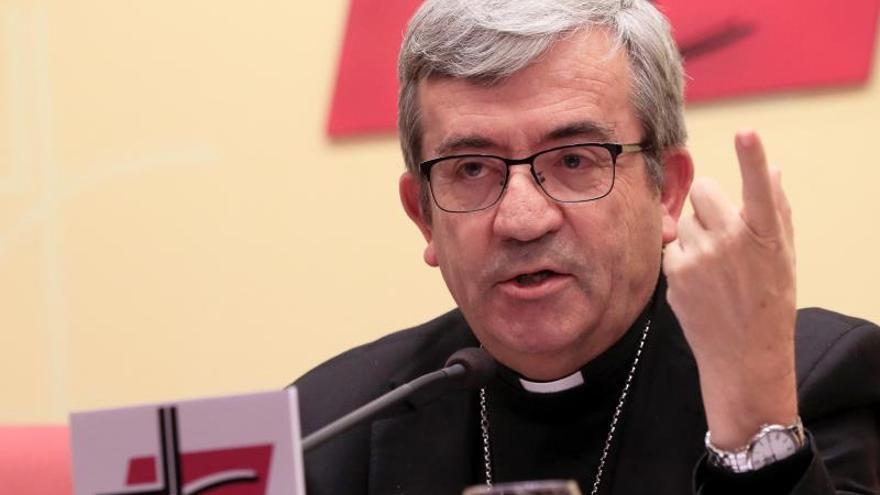 “We can talk about those cases [de inmatriculaciones irregulares], but not an amendment to the entire process unless a new confiscation is wanted. “The spokesman for the Episcopal Conference, Luis Argüello, has defended the legality of the more than 40,000 unregistered assets in the name of the Church by virtue of the reform of the ‘Aznar Law’, and which has been harshly questioned by patrimonial groups.

In an interview in Digital Religion, the general secretary of the bishops assures that “the Church owns and administers assets dedicated to the service of the society in which they are located” since time immemorial, because “it was obvious that they belonged to the Church.” Regarding the registration process carried out between 1998 and 2015, in which the signature of the bishop (who acted as a notary for legal purposes) was enough, and whose final list, prepared by the College of Registrars, has not yet been published by the Government , Argüello admits that “perhaps there is some good, or some surface around a good that is debatable”, although he adds that “they were given two years to be able to appeal”, and nobody did.

“I believe that public administrations, the Church and society are called to agree on how to maintain such an impressive heritage, located in many cases in very small municipalities,” says the spokesman for the EEC, who opens a negotiation on taxation announced for this September.

“The proposal is to review together, and not through statements in the media, the issues that have appeared in recent years (registration fees, taxes and the recommendations of the report of the Court of Accounts)”, explains the bishop. “We are very interested in clarifying these issues, because we believe that globally the Dioceses have done well, in accordance with current legislation,” he adds. Of course: “in the event of reforms, the Church wants its status as an entity that collaborates in the common good, that develops and fulfills social purposes that deserves to be recognized and promoted, also fiscally respected.”

Regarding the new course, the spokesman for the Spanish bishops advocates “face-to-face teaching with the indicated hygiene and prevention guarantees,” in the face of the threat of coronavirus outbreaks. In this sense, Argüello criticizes some “partial confinements” that imply reductions of capacity in the temples. “The restrictions on only 25 people, whatever the size of the temple, as has been done in Valladolid and Salamanca, seem excessive, taking into account the rigor with which preventive measures have been followed in the temples,” he laments.

On the future of Church-Government relations, Argüello advocates “collaboration for the common good from respect for the place and function of each one.” “Our democracies increasingly need an ethical regeneration and the bonds that make us a people capable of organizing in freedom. The Churches contribute to this much-needed task, which is why any Government, following the Universal Declarations of Human Rights, must contribute to the exercise of its mission “, he concludes.

Tags: be, bishops, debatable, no one, recognize, recurred, spokesman, there be, unregistered