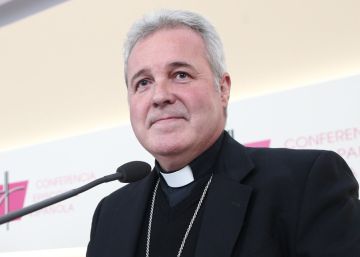 The Spanish Episcopal Conference (CEE) He has proposed a two to three year course to train the bride and groom before marriage, because they believe that the 20 hours of current premarital courses are not enough. One of the objectives is to avoid ruptures because, as they indicate, “after five years, 40% of marriages have been broken.”

“When I was pastor, I asked the bride and groom: Why are you in the premarital course? Someone said: ‘It is that if not, they do not give us a paper and we can not get married,” he said Thursday in the presentation of the course the bishop of Bilbao and president of the subcommission for the family and the defense of the life of the EEC, Mario Iceta. “I said: ‘False. You are here because according to statistics, after 40 years, 40% marriages have been broken and at 15 years, 60%, and we come to prepare to avoid that,” he continued.

In addition, he has insisted that the 20 hours that a premarital course usually lasts are not enough. “To be a priest it takes seven years of seminary and to be a husband, wife, father and mother, 20 hours?” He asked.

A non-mandatory course with 12 subjects

The new agenda, titled Together on the way, + Q2 and elaborated with the collaboration of a dozen marriages, it is composed of 12 subjects in which issues such as sexuality, premarital relations, fidelity or conflict resolution are addressed.

This course, which is available on the website of the EEC for free, is not mandatory as such although each diocese can take it on and decide what is the formation required of the bride and groom to marry, according to Iceta.

The bride and groom taking the course would attend sessions every 15 days, as explained by the marriage formed by Fran and Toñi, who have been married for 21 years and have participated in the preparation of the material. “We went to a two-day course and we were surprised that sometimes when you buy a kitchen robot you have more training than to get married,” Fran said.

As this husband has indicated, a two-year itinerary may seem “long” but it is necessary, as Ignacio and Pilar also defend, another of the marriages that have collaborated. According to Ignacio, to prepare the materials have relied on film and literature. The agenda that appears on the web has small videos of movies like To a man, by Mel Gibson, or the animated film Reverse. There are also a series of duties for the bride and groom, such as going to Mass once a month together or participating in family events.

Asked if the course addresses the problem of sexist violence, Bishop Mario Iceta has indicated that “without a doubt” during the itinerary with the bride and groom will insist that “love is absolutely contrary to this execrable violence,” he will warn of jealousy and the bride and groom will be tested through a series of questionnaires. Even, he said, in case they are not “mature”, they will be invited not to marry.

Among the topics included in the itinerary, the issue of sexuality is also described. In this section, the bishops propose to the bride and groom “chastity” until after the wedding. “The panic of total surrender means that it has been extended to prove sexual relations before being married,” they say, while stressing that the Church “opposes” this type of relationship.

They also warn of “pansexualism”, when “the focus on the behavior and spirit of the person is centered around the pleasure of sexuality.”