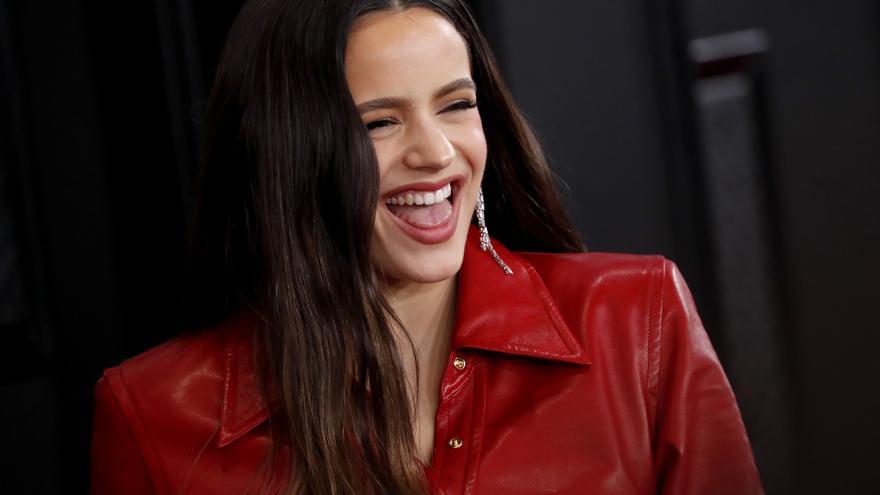 Beyoncé, Madonna, Rosalia, Kendrick Lamar or Red Hot Chili Peppers ... After a sparse 2021 in big names, the stars of music prepare their return with one eye on omicron and another on which vaccination allows to finally turn covid-19 into an anecdote and amortize his new albums on world tours.

The Weeknd it will be the first big name of the season. Yesterday he reported by surprise that 'Dawn FM', his fifth studio album, the first after the successful 'After Hours' (2020), will be released this Friday, the same day that 'Night Call' by Years & Years will be released.

At the moment there are few confirmed albums with date and title for the coming months, most of them by leading figures in the more cult or alternative field, as is the case of Elvis Costello, who will return on January 14 with 'The Boy Named If', or Eels, who will publish 'Extreme Witchcraft' two weeks later.

January will also bring two notable returns, that of the Veteran progressive rock band Jethro Tull with 'The Zealot Gene', her first studio album after almost 18 years. It will be the 28th, the same day Urge Overkill to release 'Oul' a decade after its last installment.

Animal Collective to release 'Time Skiffs' on February 4, the date Bastille will present 'Give Me Future' and Korn, 'Requiem'. They will be followed on the 11th Alt-J's 'The Dream', Eddie Vedder's 'Earthling' (his third solo adventure outside of Pearl Jam) and Spoon's 'Lucifer On The Sofa'.

On the 18th of that month, Beach House to release 'One Twice Melody' and Metronomy 'Small World', while on the 25th they will see the light of 'Everything Was Beautiful' by Spiritualized, 'The Tipping Point' by Tears For Fears (first album in 17 years) and Soft Cell's 'Happines Not Included' (Marc Almond's group hasn't released a new LP since 2002).

The release schedule gets even hotter starting in March. On day 4, Band Of Horses will release 'Things Are Great', on the 11th Bryan Adams will do the same with 'So Happy It Hurts'On the 18th, 'CRASH' by Charli XCX is scheduled to arrive and the 25th Placebo will put on the street 'Never Let Me Go'.

We will not have to lose sight of in the following weeks 'Chloe And The Next 20th Century' by Father John Misty, to be published on April 8, nor 'C'MON YOU KNOW' by Liam Gallegher, which will do so on May 27. In parallel, Jack White will surprise not with one, but with two new albums: 'Fear Of The Dawn' on April 8 and 'Entering Heaven Alive' on July 22.

That list becomes even more dazzling when you look at the records that could see the light of day throughout 2022. The international media talk about Kendrick Lamar, Arctic Monkeys, Camila Cabello ('Family'), Cardi B, Janet Jackson ('Black Diamond'), Lizzo, Lykke Li, Megadeth ('The Sick, The Dying And The Dead'), Megan Thee Stallion, Morrisey '"Bonfire of Teenagers') and The Cure.

It is unnecessary to continue talking about ninth disc of Rihanna, the one that has apparently been ending for years but that, sheltered by the success of other business facets, has already shown that it is not urgent to publish.

More explicit about her plans was Beyoncé, who in an August interview for Harper's Bazaar stated that she sensed in the world the desire to live again and that she wanted to contribute to that post-pandemic "renaissance" with the fruit of her year and a half of work in the studio.

"Surprises in the new year" Madonna also announced in recent weeks, after posting a photo in the studio, while some members of Red Hot Chili Peppers confirmed that their new work was "almost done" and Joe Frusciante, back in the band, even dared to point out spring.

Within the Latin urban area, one should not lose sight of very prolific stars given to unexpected releases, such as Maluma, which in summer already anticipated the theme 'Sobrio', or Bad bunny, which confirmed new album for the next few months.

In that style, it will make its debut Christina Aguilera, who thus returns to sing in Spanish 20 years after 'My reflection', the language in which he sings the last great winner of the Latin Grammy, the Colombian Camilo, preparing new work, just like another 2021 phenomenon, Rauw Alejandro.

By last, Rosalía also confirmed that 2022 will be the year of 'Motomami', her third studio album and the one that should establish it in the international market. Of him he said in a talk with Rolling Stone that it is the result of "a very great experimentation", with influences ranging from Héctor Lavoe to Patti Smith, through Pedro Almodovar and reggaeton.

There are more Spaniards who will release outstanding albums in the coming months, such as Amaia Romero, or simply Amaia on her second LP since her departure as the winner of 'OT 2017', this time accompanied as producer of Alizzz. His former partner Aitana also confirmed that 'Formentera', his most recent single, was the preview of a third studio album.

Imminently, for this winter new albums by León Benavente, Miss Caffeina, Dani Fernández, Fangoria and Álvaro de Luna and, with the season of flowers, of Manolo García, Loquillo and La Pegatina, among others.

More uncertain is the question of the successor of 'Vertigo' by Pablo Alboran. Speaking to Efe, the man from Malaga declared that he is "writing non-stop" and that, in fact, has two songs "ready", one of which will be released this month, although he did not dare to date his new album.