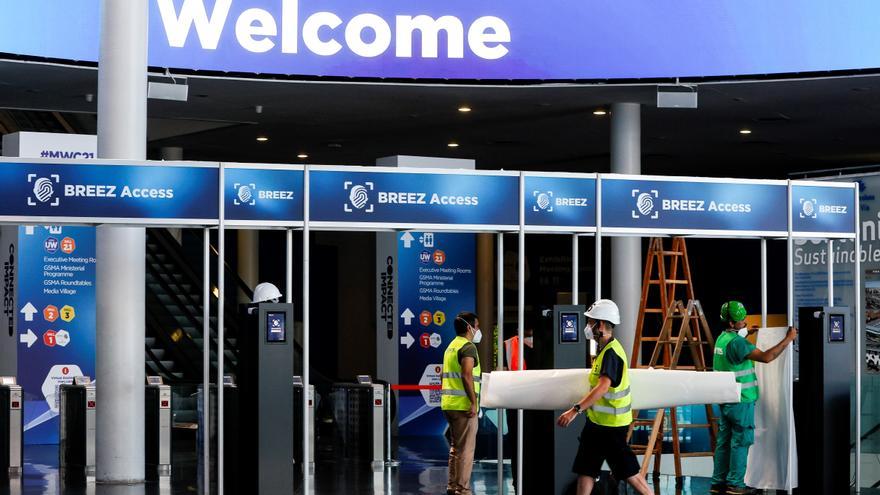 The large telephone operators have started the Mobile World Congress (MWC) in Barcelona this Monday with their sights set on the development of 5G as the new tool that will increase digitization capabilities and social and business connectivity. However, they do it with a ‘but’. Telefónica, Orange and Deutsche Telekom, three of the largest companies in the sector, have coincided at the beginning of the international fair in demanding a change in European standards in order, as they suggest, to be able to undertake the necessary investments and compete with new players in the sector, mainly large technology companies.

José María Álvarez Pallete, president of Telefónica, was in charge of starting the fair, after the institutional meetings that took place this Sunday. The head of the Spanish ‘telecom’ has claimed in his speech that “Europe needs a sustainable telecommunications sector, otherwise we will fall further behind in the global race for digital leadership.” To do this, he has called for a regulatory “kick in the board” that changes the rules in the sector. “We demand a new regulatory framework and competition rules to build a strong digital Europe,” he insisted.

Large companies in the sector have long made countless criticisms of telecommunications regulation in Europe, which has facilitated the emergence of new operators that have pushed prices down. These national and international operators, many of them heirs to former state monopolies, are now under much greater competitive pressure than years ago and are demanding rules that facilitate mergers and reduce the number of companies per market. With this, they usually argue, they could have access to a more profitable sector that would allow them to make the necessary investments for new technologies, especially 5G.

Thus, Pallete has called in Barcelona for a “complete review” of the regulatory framework, which will also serve to face the pressure exerted on some traditional services in the sector by large technologies. “I no longer compete solely with Orange or Deutsche Telekon, now there are many more players,” insisted the president of Telefónica.

Pallete’s statements have been supported by other executives in the sector. Tim Höttges, CEO of Deutsche Telekom, defended this Monday that Europe needs “courageous politicians” to address the regulatory change that he considers necessary. “We failed in Europe with 27 regulations, without clear rules on data and on competition,” he insisted. “The bigger the companies, the greater the economies of scale, the authorities must be aware of this,” he remarked, calling for “a regulation that allows our investments.”

In the same vein, Stéphane Richard, president of Orange, has positioned himself. The manager has addressed the long-term plans that Europe has to lead the digital development of the economy, warning that “this is a political objective” but that some questions must first be “answered”, as in the case of competition or financing. “The question is how we can do that, with what regulatory framework,” emphasized the manager.

Matts Granryd, General Director of GSMA, the company that organizes the MWC in Barcelona, ​​also participated in the inaugural conference that these executives had starred in. During his initial speech, he provided some data on the evolution expected by the sector worldwide from the hand of 5G. The manager has estimated that the sector will earn about $ 700 billion in revenue thanks to this new technology, although he has warned that this requires $ 900 billion of investment until 2025 for the development of 5G networks.