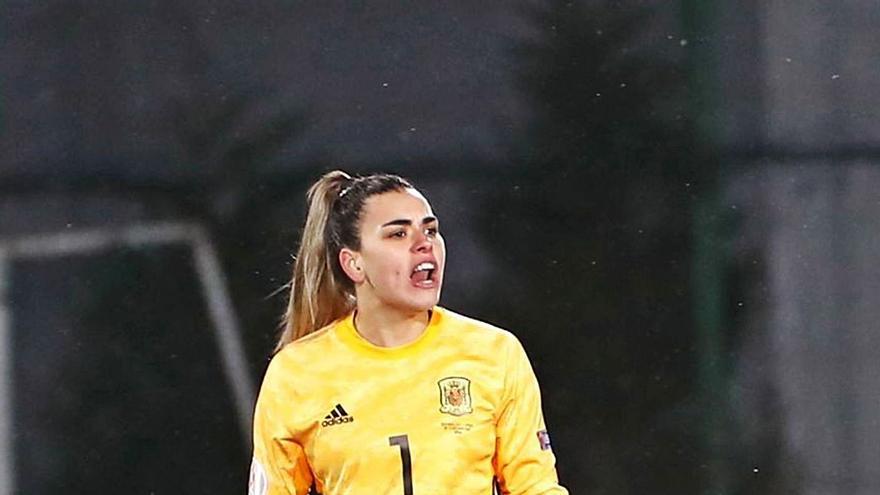 Misa Rodríguez continues with her professional climb, unstoppable throughout this 2020-2021 season. In summer came his first big step of this course to make history with Real Madrid and be part of its first team. At 21 years old, the white club trusted in his qualities to give him the opportunity to defend his goal. His great impact on the merengue team gave him the confidence of coach Jorge Vilda in September to add his first call-up with Spain. A sample of the monitoring that the owner of the national bench had already done during the last season of Telde’s goalkeeper at Deportivo de La Coruña.

Fixed on the plans

Since then, Misa Rodríguez has carved out a niche on Vilda’s 23 footballers’ lists. With the extremely high competition from Lola Gallardo, goalkeeper for Olympique Lyon, and Sandra Paños, from FC Barcelona, ​​finding the hole under the sticks of Spain is not easy. However, Vilda gave him the option yesterday to put his name on the national goal.

After a complicated preparation in the last months of qualifying for the Eurocup, with entries and exits due to the pandemic, Spain certified its pass in style. He also did it in a freezing environment – about a degree during the duel.

The match for Misa Rodríguez could not have been more placid. Maybe too much. It appeared on the television plane only on a couple of occasions, the result of the overwhelming dominance of Spain in Baku. Knees up, shoulders rolled and a quiet afternoon. However, Misa Rodríguez will not be able to forget February 18, 2021, when he closed his particular circle with the Spanish team.

And it is that the goalkeeper from Gran Canaria has always been on the radar of the Spanish team in its different training stages. The sample is her record with Spain in lower categories where she was the European Under-19 Champion (2017) and World Runner-up (2018). Now it is a reality of the senior team.

A sample of the strength that women’s football in the Canary Islands has acquired in recent years. In the past World Cup in 2019, the Aruquense of FC Barcelona, ​​Andrea Falcón, reached the round of 16 with Spain, where they fell against the United States (2-1), in the best performance of the senior team in a World Championship.

In his first season at Real Madrid, Misa Rodríguez has clearly taken ownership. David Aznar has given him the 18 games his team has played so far, all as a starter. He has produced outstanding performances that have led the footballer trained at Yoñé and Femarguín to be in the position in which he is right now facing the coach.

Real Madrid is third in the table, three points behind Levante, second classified, but with one more game. In its premiere, the white team has put more competition in the hegemony of national women’s football that Atlético had and that maintains, for now, FC Barcelona.