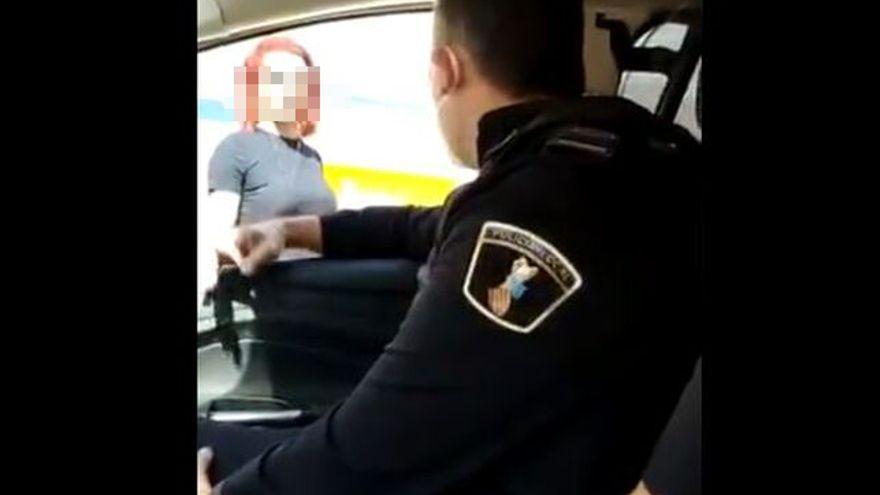 “By day, I’m serious, by day you’re even uglier, you’re horrible”, “What do you do now that you can’t pull cocks or steal? How do you live?”, “If before you would pull few cocks with how ugly you are “,” Go away, pig! “. All these expressions are not insults uttered to a woman for being trans, or so at least the municipal policemen of Benidorm affirm it before the judge, who recorded a video throwing all these expletives at her.

As explained by the newspaper Información, the two policemen admit to defend themselves against the hate crime accusation that they were unfortunate and very reprehensible, but without a transphobic tinge. In fact, the agent who carried out the insults has affirmed, when asked by his lawyer before the investigating judge, that before the recording it was the woman who insulted them and made obscene gestures at them. This led them to start the recording and then she would have realized it, she kept quiet and it was the police who attacked her with the insults.

In addition, the defendant’s defense finishes his argument by assuring that the woman had been skipping confinement for days – the events took place during the first state of alarm – and accumulated more than 150 complaints of robbery and prostitution on public roads.

After jumping the scandal by transcending the video on social networks last May Benidorm City Council announced the suspension of the agents, the opening of a disciplinary file and an investigation. On the other hand, the Ministry of Equality also announced a complaint to the Prosecutor’s Office of these facts. So did the Generalitat Valenciana, which, as announced by the president Ximo Puig himself, was opening an investigation and appearing in the case considering that there cannot be “the slightest space for complacency” with this type of attitude.