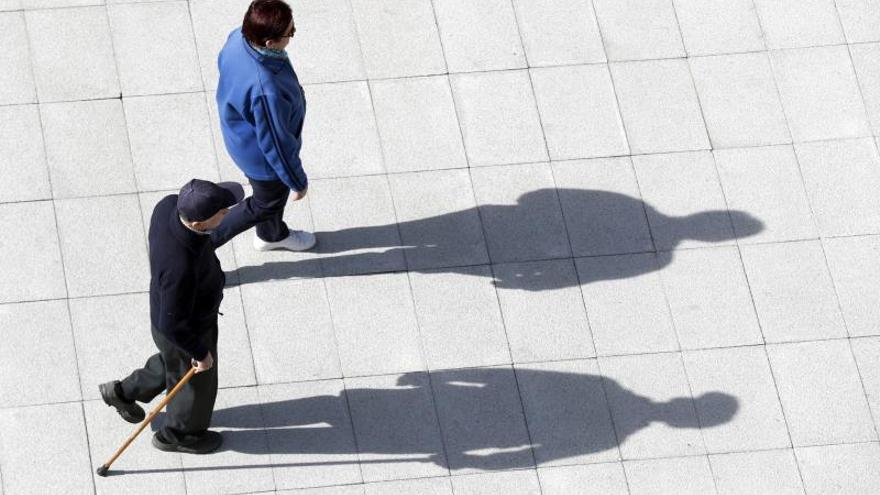 The groups of people who suffer a disability speak of an obstacle course in front of the administration for professionals who request a permanent disability when they perceive that the evolution of their pathology prevents them from working. “It is a constant struggle not only with the situation that generates the disease, they also have to go against the current of estates [administrativos]”, explains Javier Font, president of the Federation of Associations of People with Physical and Organic Disabilities of the Community of Madrid (FAMMA).

A negative resolution of the Social Security, entails a judicial procedure for those workers who want to continue with their claim. José Antonio has taken two years to achieve absolute permanent disability through a court ruling. “It has taken a lot of effort, exhaustion and humiliation,” he explains by telephone thanks to the intermediation of his wife, because his disability prevents him from having a fluid conversation. Until the ruling was issued, on April 29, José Antonio worked as a coupon seller for the ONCE.

The difficulties of his disability made his work difficult. Hearing impaired, she found it difficult to communicate with customers and sell lottery tickets. The magistrate of the social court number nine in Barcelona has proven that she suffers from “severe bilateral sensorineural hearing loss with progressive worsening”, and a loss of 97.5% in the left ear and 92.5% in the right. The sentence also includes as proven facts that he has “conversational difficulty” and suffers from “neurological atrophy.” Thanks to this ruling, José Antonio will become part of the almost one million people (947,296) who receive this benefit. According to the latest published by Social Security, the State allocates 941 million euros each month to pay these pensions, with amounts that on average amount to 993 euros per month per person who has recognized permanent disability.

The lawyer who has handled the case, Jorge Campmany, explains that these types of clients suffer a “double penalty.” On the one hand, they have to face “the consequences of their illness”, which disables them to work, and also the uncertainty about their future work and personal life, since they cannot carry out work, which is their vital sustenance. “The person who asks for a pension is because he needs it, at least in Extremadura, where salaries are low and pensions too,” adds María José Iglesias Toro, a labor lawyer.

Olga (not her real name), who was engaged in the manufacture and assembly of plates, had to wait a year and a half to achieve total permanent disability, also through a sentence. Unlike Social Security, the court does consider it to be proven that the “bronchial asthma and hyperreactivity” that he has diagnosed causes him breathing problems, which prevent him from carrying out his “profession with regularity and normality”, according to the sentence issued on past February 12 by the social court number 13 of Barcelona. The magistrate recognizes his total permanent disability and a monthly pension of 700 euros, which Social Security will have to pay retroactively from June 2019, the date on which the disability was denied.

Recognition of disability “frees” those affected, says Campmany. Throughout these procedures, which begin administratively and end in court, “the pathology can worsen”, highlights Luisa Fernanda Panadero, president of the fibromyalgia association of the Community of Madrid (Afibrom). Font also points out that the effects of these positions generate “great uncertainty” and “economic instability” among those affected.

“I have taken off the weight of work and the heaviness of communicating with people. I didn’t find out about anything and people left,” says José Antonio, about his last years of work experience. The disability worsened over time, and finally, due to hearing problems, she chose to communicate “by writing on paper.”

The Social Security opposed the permanent disability of José Antonio claiming that a report from the Catalan Institute of Medical Evaluations (ICAM) “does not reflect injuries that permanently disable him at the present time.” A statement that the magistrate has not supported, who has stated that the plaintiff’s ailments “have worsened” since he arrived at the ONCE in 2008, at that time he had a “50% hearing loss”, currently he has “a loss almost 100%. ” Therefore, it concludes that, despite a recent cochlear implant, José Antonio’s disability “prevents him from carrying out all work activities and his usual profession as a coupon seller that requires conversational skills.”

A recent sentence, also issued in Barcelona, ​​by the social court number 19, determined that the reports of the Primary Care professionals must have more “credibility, certainty and validity” than those issued by the health workers of ICAM, an institution that prepares in Catalonia the assessments used by the Social Security in Catalonia, as published by El País.

There are various degrees permanent disability. The absolute disqualifies the worker for any profession or trade and the total invalidates the plaintiff to dedicate himself to his usual profession but can dedicate himself to a different one. For Campmany, the “most important” to prove them “are the medical reports.”

“The problem is that doctors think that everyone has the same knowledge as they do and they do not explain what consequences a disease has,” adds Iglesias Toro. In these cases, lawyers have to show that their clients suffer from “a chronic, serious pathology and that all possible treatments have been adopted,” Campmany sentenced. Severity “is the most complex thing to demonstrate,” says the lawyer, since “the same disease can incapacitate one person and not another.”

In recent years, the largest number of cases that reach their offices are from patients with fibromyalgia. “Being a disease that does not have biomarkers, it focuses on the exploration that a rheumatologist or an internist can do, unlike most diseases, which are diagnosed based on objective tests,” says Campmany. In turn, it highlights that “few recognized” disabilities “administratively, judicially recognized a little more.”

Tomasa (fictitious name) also had to go to court to obtain a total permanent disability for his job as a janitor in an educational center, after proving to the court not only that he suffers from fibromyalgia, he also showed that he suffers from a syndrome (Raynaud) which causes a decrease in blood circulation in the fingers and a depressive anxiety disorder. Justice recognized him in several instances – he reached the Superior Court of Castilla-La Mancha– total permanent disability because he was “limited to his usual profession”.

From the groups affected by fibromyalgia, they regret that the peculiarity of their disease causes them to be “subject to the subjectivity of the Social Security worker,” laments Panadero. In the same vein, Iglesias Toro stands out, highlighting that this pathology consists of “pain, inflammation and fatigue” and, therefore, it is assumed as “subjective” symptoms. “You have to have many reports,” says the lawyer.