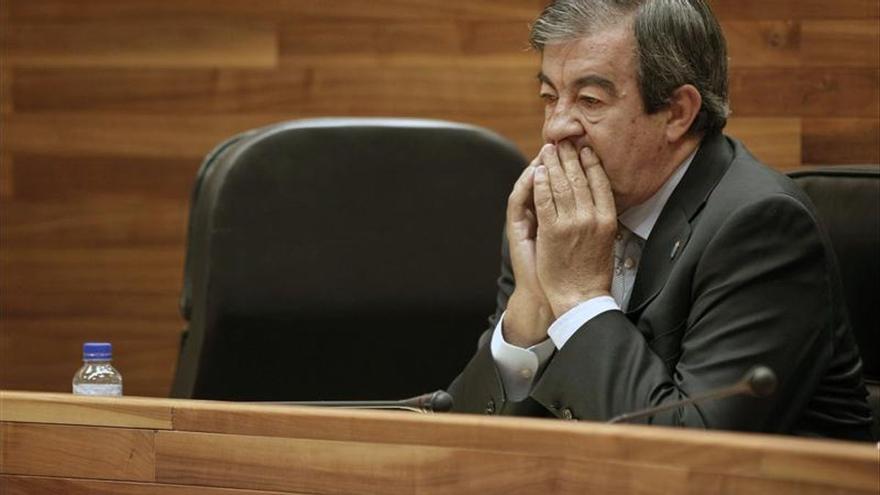 “Why do we have to be the white label of the PP?”, They ask at the top of Foro Asturias Ciudadanos. Francisco Álvarez-Cascos’ party is no longer ‘the party of Cascos’ since the Board of Directors decided to expel him from the formation in June after conducting an audit in which close to two million euros were revealed between expenses and invoices charged to FAC with the signature of its founder.

Helmets upset them that they modified the essence of Foro and of becoming an appendix of the PSOE and the leadership accused the former president of the Government and the Principality of Asturias of misappropriation and unfair administration of party funds. They will face each other in court on September 23.

With the trial just around the corner, the end of an internal war seems to be looming that has been raging since the summer of 2019. An endless fight for the “true essence” of the formation. On the one hand, the supporters of Cascos and, on the other, those of Carmen Moriyón, former mayor of Gijón and current president of the Asturian formation. A dispute that, in addition to the strong accusations between both sides, has already claimed several victims (or expelled), until it ended up in the courts of Oviedo.

In addition, the link with the PP flies over this internal crisis in Foro. “In recent years there has been a confluence with the Popular Party that FAC has not benefited,” he explains in an interview for elDiario.es Jesús Martínez Salvador, general secretary of Foro in Gijón: “This is how the essence is lost,” he adds. “The only principles that move the current leadership of the Forum is to recover the spirit of the year 2011”, sentence Adrián Pumares, party spokesman in the General Meeting of the Principality.

However, devastated by this internal crisis, with the shadow of Cascos and a single deputy in the hemicycle, once again being the useful party and not a “hinge” between socialists and popular ones seems more complicated than ever for Foro Asturias.

From touching the sky of the Principality to almost touching bottom. “Forum was born because in this region there was a bipartisanism that divided the territories”, explains Martínez Salvador, “it was created to fight against that.”

In January 2011, after his disagreements with Mariano Rajoy, Francisco Álvarez-Cascos, José María Aznar’s Minister of Public Works, left the Popular Party to found Foro Asturias Ciudadanos. In May, five months later, he won the elections in the Principality with 16 deputies compared to 15 in the PSOE, obtaining 158 councilors and the mayor’s office in 9 municipalities, including Gijón, a classic socialist fiefdom.

“First it went from 16 deputies to 12, in the following (2015) we lost nine deputies and recently we have gone from three to two,” says Adrián Pumares, Foro Secretary General. “The last elections were the ones with the least electoral disaster,” he consoles himself.

Since its founding as a transversal and center party, as stated in its statutes, capable of “turning the regional political landscape of Asturias around”, Foro Asturias has experienced a free fall of voters, from 177,588 to 34,388; and also from leaders, from Francisco Álvarez-Cascos, Cristina Coto, Pedro Leal and, finally, Carmen Moriyón, president of the parliamentary group since September 2018.

Casquistas against moriyonists (or anti-caskists). “It is this critical minority sector that has led Foro Asturias to the multiple setbacks it has suffered and wants to turn the party into something else,” explains Adrián Pumares about the FAC’s drift in recent years, which, according to the spokesman, under the Cascos baton has been renouncing its founding principles.

“Foro was and should never be a Hindu party, but rather an Asturian party, not Asturian, which aspires to be an alternative, not a satellite,” says the deputy in Congress Isidro Martínez Oblanca, aligned with Álvarez-Cascos’ thesis and very critical with the party leadership, which accuses of approaching the PSOE and breach of the original statutes. The battle between Cascos and Moriyón has divided the party and raised an unknown: who defends the true essence of Foro Asturias Ciudadanos?

The president has the support of the majority of Forum councilors, among whom is Jesús Martínez Salvador, as well as the general secretary and deputy on the Board, Adrián Pumares. For her part, Álvarez-Cascos has the loyalty of the other deputy on the Board, Pedro Leal, and the only one with the Forum in Congress, Isidro Martínez Oblanca.

Both have maintained tense confrontations with the executive leadership, even going so far as to propose initiatives in both chambers outside of it.

Leal said he felt “free” to decide on his vote in addition to considering “illegitimate” the direction of FAC, headed by Carmen Moriyón and Adrián Pumares. The deputy came to present an amendment of totality to Asturian budgets on his own. After accusing him of public insults against Moriyón and considering him guilty of four very serious infractions and three other serious ones, the Board of Directors of the Forum expelled Pedro Leal from the party on May 28, with 22 votes in favor and one against.

“There are no precedents in Spanish or Asturian politics for the expulsions of militants or public positions for defending the founding ideology of a political party, for respecting its statutes or for complying with the electoral program in the institutions,” the parliamentarian explained at a press conference after learning of his expulsion, in addition to stating that he does not plan to leave his seat on the General Board of the Principality.

Along the same lines, Oblanca has voted in numerous initiatives together with the Popular Party, such as his opposition to the Euthanasia law or the extension of the State of Alarm in the Covid-19 crisis. For this reason, it was highly criticized from the leadership of the Forum for not having agreed to that position. The deputy defends himself: “Since I took office on December 3, 2019, I attended 20 plenary sessions of Congress without receiving any news from you.”

A Forum without Helmets

In the midst of this battle between the Cascos and Moriyón fronts, where there are also five lawsuits filed by affiliates against the current leadership and president; A series of expenses and bills have been leaked, in addition to the high salary that the founder charged to Foro since 2011, which have led to her expulsion and accusation to justice. The amount amounts to 1.8 million euros, according to management sources.

Between 2012 and 2019, Álvarez-Cascos collected more than one million euros in salaries, in addition to 230,000 euros in invoices passed to training in concepts as diverse as women’s shoes, video games and mobile lines for their children or hotel stays for relatives. To this sum is added 174,000 euros from the collection of rent, between 2012 and 2014, from a headquarters in Madrid to the training that, according to Moriyón, no one knew about and, according to Oblanca, yes.

“I do not feel responsible for the irregularities” and “there is no mystery,” Cascos said after the audit was made public on May 29. Consequently, on June 19, the Board of Directors of Foro decided to expel its promoter and file a complaint for these alleged irregularities.

The general secretary of the FAC in Gijón, refrains from giving his opinion on the cause or the possible sentence, but hopes that, with the trial, it will finally be possible to return to tranquility within a very weakened formation.

“It is clear that internal disputes do not help” he responds when asked how to regain the Asturias voter, “but if one wants to regain credibility, he has to first solve the problems at home. What we are doing is an exercise in democratic hygiene and internal hygiene within the party, “and concluded his speech by stressing the importance of the total” independence “of Foro with the Popular Party.