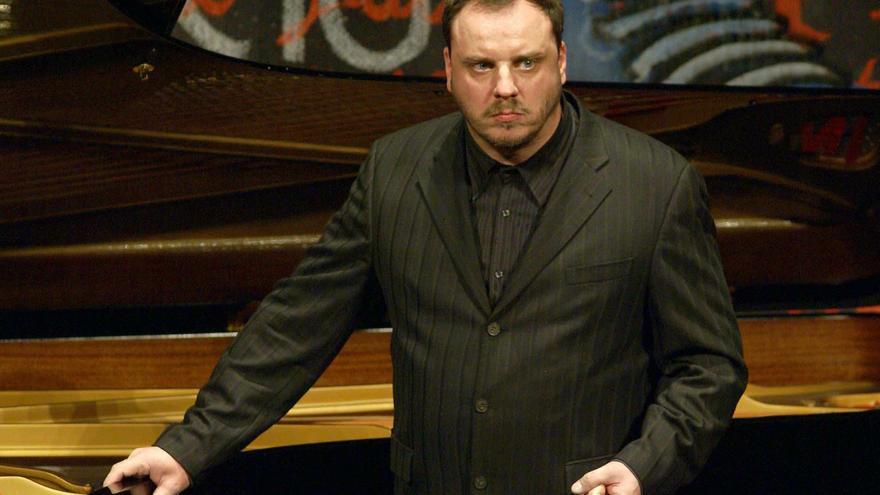 Granada, Jul 6 (EFE) .- The International Festival of Music and Dance of Granada takes this Wednesday to the Patio de los Arrayanes de la Alhambra the mastery of the German baritone Matthias Goerne who, accompanied on piano by Alexander Schmalcz, will offer a repertoire that closes three concerts dedicated to Franz Shubert.

The baritone has explored the repertoire of songs of Franz Schubert, considered one of the greatest melodists of all times, like few current singers.

Of his first lieder cycle, La bella molinera, which the composer wrote about Wilhelm Müller’s poems between 1823 and 1824, Goerne has left memorable records thanks to a quality that he will represent this Wednesday at Los Arrayanes accompanied by the German pianist Alexander Schmalcz.

Between the two they will perform a set of twenty songs that review some of the common themes of German Romanticism.

The Festival thus offers the third of the programs dedicated to Franz Schubert, a concert in which light dominates the shadows, as reflected by the constant presence of nature.

Matthias Goerne is one of the most versatile and internationally sought-after vocalists, and a frequent guest at renowned festivals and concert halls, as well as having collaborated with leading orchestras around the world.

Among its musical partners are the most prestigious conductors and eminent pianists.

For his part, Alexander Schmalcz has worked with legendary singers such as Edita Gruberova, Grace Bumbry, Anna Tomowa-Sintow, and Peter Schreier, and maintains a close collaboration with Matthias Goerne with whom he has given numerous performances around the world.

In addition, the Festival brings to the García Lorca Center and with the Contemporary Atlantic Workshop (TAC) directed by Diego García Rodríguez, the interpretation of the four books of the Madrigals for soprano, flute, harp, double bass and percussion.

In “The Ghosts of Alhambra” the Andalusian echoes resound through seven poems taken from “Poema del cante jondo” and thanks to the presence of the guitar, to which Lorca himself dedicated some beautiful verses.

On the other hand, the Fex, the free extension of the Festival, will bring the trikitilari and Basque singer Xabi Aburruzaga to the Palacio de los Córdova tomorrow, who presents a show of traditional music and dance.

With the Alhambra as a backdrop, music with a lot of rhythm will sound where tradition and modernity, past and future are mixed, with original compositions full of nuances that make you travel to the place where they were dreamed of.

He is accompanied by Aitor Uribarri, percussion and voice, Eriz Pérez guitar, acoustic and voice, Jon Cañaveras, electric bass, and the dancers Iraitz and Ainhize Guarnido.