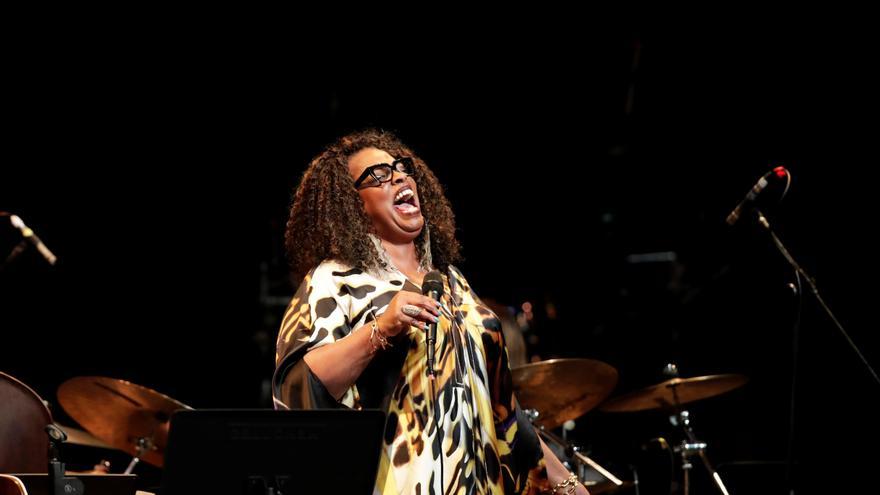 Among the first confirmed is also the great lady of Catalan song Maria del Mar Bonet, who will debut at the festival with a jazz project, leading the Begues Big Band.

After an edition, number 52, which has been strongly affected by the pandemic, the oldest festival in Barcelona today presented a first batch of concerts for the 53rd edition, which represents the return to the city of figures such as Bobby McFerrin , Dianne Reeves and Maria Schneider, who have chosen Barcelona to start the tour to present their latest album, "Data Lords" in Europe.

Also noteworthy is the return of Chucho Valdés, godfather of the festival, with his new large-format work, "La Creacion".

The flamenco series De Cajón! It will feature Chano Domínguez in a duo with Diego Amador, Dorantes, Estrella Morente and Tomatito, along with many others that have not yet been confirmed.

As usual, the Liceu Conservatory will host a series of master classes, in which Jakob Bro, The Charlie Parker Legacy Band, Vijay Iyer, Christian Sands, Ben Monder, Ambrose Akinmusire and Kenny Garrett will participate, among others.

L'Auditori de Barcelona will also present three special concerts at the festival: a commission from the Catalan composer Enric Palomar, who will premiere his work "Tres amores Oscos" together with four young soloists, the singers María José Llergo and Pedro Martínez, and the pianists Carles Marigó and Marco Mezquida.

Guitarist Mary Halvorson and pianist Xavi Torres complete the offer at L'Auditori for the moment.

As for the Artist Portrait, the one chosen for the next edition is the multi-instrumentalist Joan Chamorro, founder and soul of the Sant Andreu Jazz Band, from which musicians such as Eva Fernández, Andrea Motis, Rita Payés and Joan Mar Sauqué have emerged.

Chamorro will offer five different concerts at the festival, including the final celebration of the first 15 years of the Sant Andreu Jazz Band in a concert that wants to bring together all the musicians who have been part of it at some point.

From the list of Catalan artists present at the festival, the debut of Vic Mirallas stands out, who will present the songs from his new album.

The current edition of the Festival, which began on October 24 and is still underway, will end next July with a performance by Wynton Marsalis, who will receive the Gold Medal of the contest.