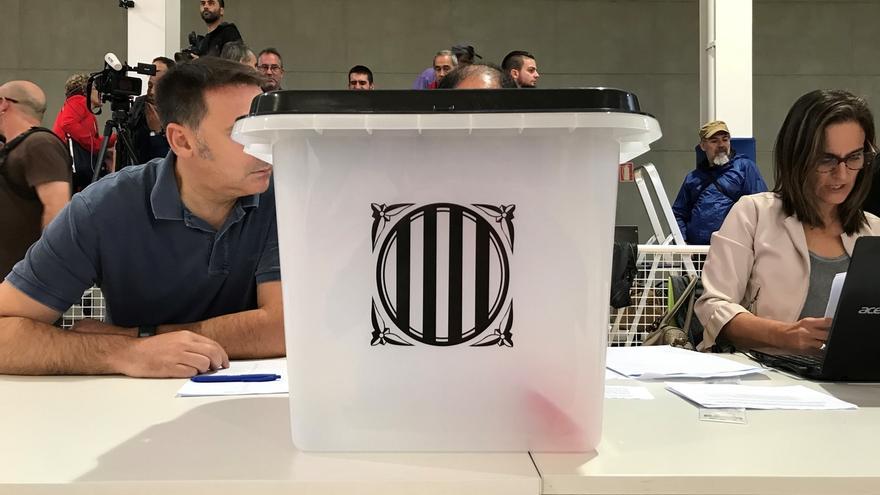 The Barcelona Court has refused to investigate crimes of sedition and resistance to voters injured in the police charges of 1-O, as requested by the Professional Police Union. The central wielded the judgment of the Supreme Court against the leaders of the procés to charge for sedition also the wounded who denounced the agents for injuries, but the magistrates discard it when they understood that the conduct of the citizens who came to vote “must remain extramuros “of Criminal Law.

In a car, to which elDiario.es has had access, section 3 of the Barcelona Court dismisses the appeal of the Professional Union of the Police and several of the National Police officers charged with the charges of 1-O and confirms the decision of the examining magistrate not to investigate the injured in the referendum.

In essence, the justices’ arguments are the same for which In July 2019 they already ruled out charging the voters of 1-O for disobedience and resistance to authority, As a result of a request from the Professional Police Union, which was joined on that occasion by both the Public Prosecutor’s Office and the State Attorney’s Office. In this case, however, the Attorney and Prosecutor’s Office rejected the accusation of sedition of the injured voters and that they denounced the agents for injuries.

In October 2019, after the publication of the judgment of the procés, the police union again asked the judge to impute the injured in the case opened by the charges of the National Police in Barcelona, ​​arguing that the Supreme Court ruling opened the door to investigate them for sedition or resistance.

The third section of the Hearing has once again endorsed the judge’s decision not to investigate the injured voters because, the judges argue, the objective of those mobilized on October 1 was not to “denigrate the principle of authority held by the police officers “. The court reiterates that it is necessary to “tolerate” the rallies in the 1-O centers “as an exceptional form of political participation” since they were framed in “a movement of disobedience or non-violent civil resistance that impacted on public opinion.”

In its car, the court reminds the police union that, after the judgment of the procés, the National Court has acquitted the leadership of the Mossos d’Esquadra for its action on 1-O, despite the fact that the Supreme Court had considered the Catalan police “coadjuvant party in holding the illegal referendum”. And highlights a paragraph of the judgment of the National Court that acquitted Major Josep Lluís Trapero: “The use of force against defenseless citizens, against the elderly, against entire families, could not be, in this situation, the solution to impose compliance with the legal system, even if it was legitimate.”

In the case of the Court of Instruction 7 of Barcelona, ​​which faces the final stretch of the investigation, more than fifty police officers remain accused of injuring voters in different schools in the Catalan capital. Before deciding how many agents to send to trial, the judge is waiting for the Barcelona Court to resolve several of the appeals that the parties have presented, such as the Prosecutor’s Office regarding the refusal of the instructor to archive the case for the majority of agents or that of Òmnium against the refusal of the magistrate to impute to the leadership of the anti-riot police and the information unit.