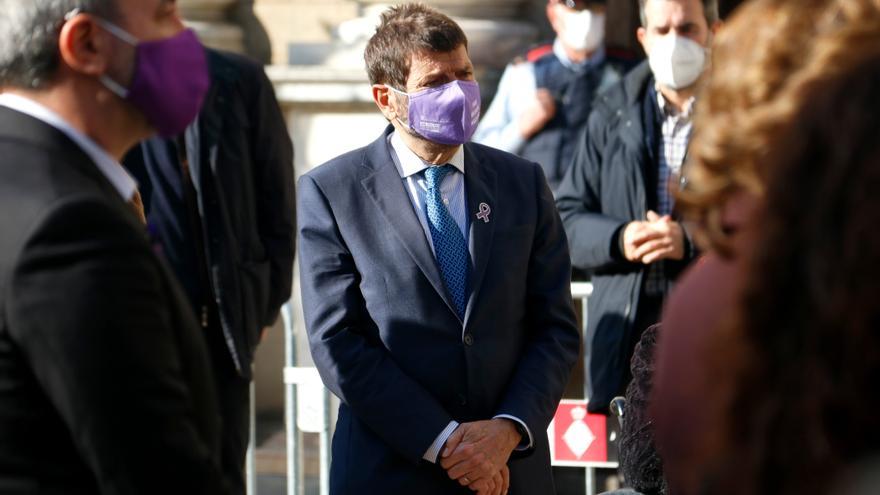 The Barcelona City Council has refused to assess the police action of the Guàrdia Urbana agent who on Saturday fired a shot at a homeless man who had previously allegedly threatened him with a knife and whether it complied with police protocols. According to the Deputy Mayor for Security, Albert Batlle, an assessment of this type would be “venturing.”

The municipal press conference, called by surprise in the middle of the morning, has hardly brought any answers. Batlle has only announced a generic “protocol review” that, as he explained, occurs every time a police action ends with an “unwanted result”, referring to the homeless man shot, who is still admitted to the Hospital de Sant Pau although his state of health has improved in recent hours. ElDiario.es has requested the City Council the protocol on the use of firearms of the Urban Guard, but the council has declined to provide it, claiming that it is for “internal” use.

For the rest, Batlle has refused to answer questions from the press about whether the action protocols of the Urban Guard allow the use of a firearm when a person threatens the officers with a knife, as he maintains that the City Council passed. Several witnesses to the events However, they maintain that the homeless man did not threaten the policemen with a knife, and in the videos they recorded it is observed how the officer who fired had already held the weapon for at least 20 seconds before the shot.

Nor has Batlle wanted to assess whether the actions of the four officers were proportional or whether, on the contrary, it would have been more congruent with the situation that the four officers present at the events had reduced the homeless by using physical force, but without shooting. “This is all speculation,” Batlle said in response.

In contrast to the forcefulness of last Saturday, when he assured that the homeless had threatened the agents with a knife, Batlle on Wednesday refused to carry out “ventures or speculations on non-verified issues”, and has summoned the end of the judicial investigation of the facts to take a position.

“All the information we have has been placed in the hands of the Judicial Police and the results of the reserved information opened by the Urban Guard will also be transmitted to the judge,” added Batlle. The agent who shot is still in the body but does not perform operational functions because the weapon is still guarded by the Mossos d’Esquadra.

Judicial sources have explained that the investigation is still in a very embryonic state and that they will wait for the recovery of the homeless to activate it. The only thing the judge has is a report from the Mossos d’Esquadra which has served to accuse the homeless of an attack on the agents of the authority. The regional police do not make any assessment on whether the use of the firearm was appropriate as it was the initial report, which is limited to collecting facts and versions of witnesses.

Despite the fact that the injury suffered by the injured homeless is also prosecutable ex officio by the Mossos, the initial configuration of the case does not include them, an option that could nevertheless change since the Arrels Foundation, which cares for hundreds of homeless people in Barcelona, ​​including the gunshot wounded, announced this Wednesday that he will appear as an accusation in the case.