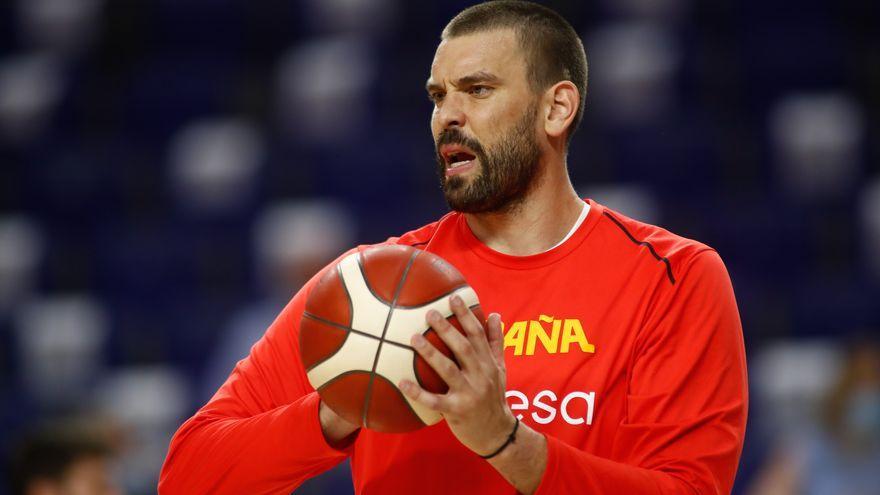 The manager responsible for the section basketball of the Barça, Josep Cubells, has advanced this Tuesday that, “the new Palau Blaugrana should be ready in the 2025-2026 season and will have a capacity for 15,000 spectators “, in an event in which one of the great novelties has been the recognition of contacts for the possible signing of Marc Gasol.

Cubells has pronounced these words together with the general director of the section, the former Barça captain Juan Carlos Navarro, and the sports director Mario Bruno Fernandez, in the first meeting with the media in more than two years because of the pandemic of the COVID-19.

There was a lot of interest in knowing the situation of Marc Gasol with Barça and Juan Carlos Navarro has not hidden that he is “in talks with him to come to the team.”

“They are only conversations and there is no negotiation, although he has not given any refusal. He knows of our interest and has the last word. I will not deny that I would like to have him “, has explained.

As for the new Palau, Cubells has said that it will have capacity for 15,000 spectators because the club has “the intention that a Final Four be played there of the Euroleague And that’s the minimum capacity. ”

“We also want to have the possibility of setting up other events such as concerts, conventions, etc. and the capacity would increase to 20,000, with 5,000 spectators on the track, “he added.

While the time comes, the club has approved an investment of one million euros in the current Palau “for change electronic scoreboard, improve public address and lighting, the area of ​​court chairs and the ‘hospitality’ in the annexed part of the north goal of the Palau “, has specified Cubells.

In the Euroleague match against him Zenit Saint Petersburg the seats of the Palau that were put up for sale were sold out and in the Endesa League in front of Fuenlabrada 2,800 tickets were sold.

“It must be taken into account that there are 4,000 subscribers in the Palau, although about 600 do not attend regularly. There is a desire for basketball and we will try to solve this type of situation “, said the manager responsible for the section.

On the other hand the Barça store in front of the Palau, last week, for the first time, in its windows, the marketing of the basketball section and the acceptance was positive. “What we want is that coming to the Palau is an experience for the fans,” said Cubells.

The Barça manager has also revealed that the club has hired an expert who will look for sponsorships exclusively for the section: “Our intention is to balance income and expenses for a current budget of 41 million euros and the one we are trying to reduce deficit “.

“We have come across transfers made with prices above the market and containing the budget from one season to the next is complicated, “concluded Cubells.

Mario Bruno Fernández, the sports director, has indicated that, “the transfers made this season have already been made at market prices. Even the renewal of Cory Higgins and there are issues like Mirotic or Calathes that are being negotiated. ”

“The signings that Barça made at the time above the market what caused the clubs to shoot too contracting prices and this is a real problem, “remarked Fernández, who has also advanced that, next season, in the Endesa League there could be up to five training players on the match sheet.

“It is something that is being studied and for this reason we are creating a strong quarry. We have some players who aim high and this would also do lower the salary bill of the first team“, has stood out.