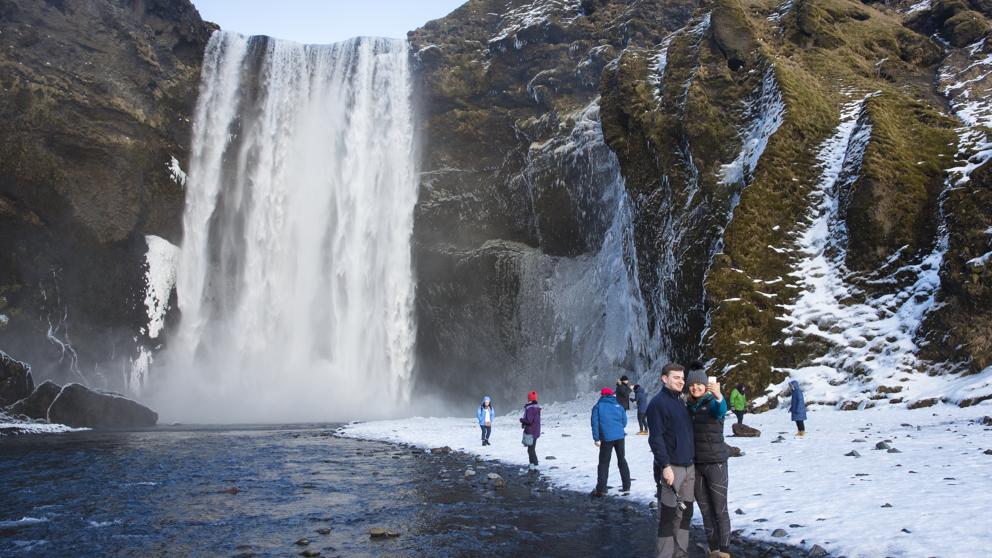 The Iceland tourist bubble It deflates. The bankruptcy of the low cost airline Wow air in March it has brought with it an unprecedented decline in visitor numbers, of more than 20%, after almost a decade of extraordinary increases. In rebound, the country's economy as a whole has been affected, with recession forecasts when a few months ago forecasts predicted growth close to 2%.

How can the disappearance of only one low cost airline drag an entire economy of a country? It becomes easier to understand when analyzing the statistics of Iceland, a remote island with only 338,000 inhabitants and five times more visitors, who have catapulted the tourism sector to represent 40% of export earnings and about 9% of GDP. This contribution, which has also grown at a dizzying pace in less than ten years – tourism's weight on GDP was 3.5% in 2009 – explains that a bump in this sector do shake the economy as a whole.


The Central Bank expects GDP to contract 0.4% this year compared to a previous estimate of 1.8% increase

In May, the Central Bank of Iceland decided to reduce its main interest rate by half a point (up to 4%) and also announced a downward modification in GDP evolution forecasts: it expects the economy to contract 0.4 % this year, compared to a previous growth estimate of 1.8%. In addition, it revised its unemployment forecast for the whole of the year to 3.9%, compared to the initial 3.1%.

Keflavik International Airport has seen how the number of passengers has plummeted by more than 22% between January and July compared to the same period last year. This is the first reduction in tourism since 2010, when the fury of the Eyjafjalla volcano paralyzed Iceland's airspace for a whole week and caused chaos in that of other European countries. Instead of further affecting the touched Icelandic economy, the eruption of the volcano contributed to Iceland on the map and tourism became the lifeboat of a sunken economy after the financial collapse of 2008. The number of visitors multiplied for five in less than a decade, from 460,000 annual tourists in 2010 to 2.3 million in 2018.

Now, this upward trend has been abruptly truncated. Already in the first months of the year, decreases in the number of travelers began to be registered, although it was in April when the hit was made clear, after the bankruptcy of Wow Air on March 28, after not reaching an agreement with investors to inject capital new on the airline, and at the gates of the beginning of the short Icelandic summer. Passengers were reduced by 27% compared to April 2018, followed by falls of 30% in May, almost 28% in June and 29% in July.

"The bankruptcy of Wow Air is undoubtedly the main factor," says Icelandic bank analyst Arion Bank, Elvar Ingi Möller, to La Vanguardia, although he adds that they have also affected Icelandair's problems, having to suspend flights with Boeing 737 MAX after the deadly accident of Ethiopian Airlines, also in March. In recent weeks, Icelandic media have published news about the possible purchase of Wow Air assets by an American company, as well as the alleged imminent birth of a new airline l ow cost founded by Wow former directors, although for the moment not There is no confirmation.

The number of tourists for the whole of this year will fall by 15%, according to most forecasts, to 2 million. "It is a sharp fall, but we must bear in mind that the growth since 2011 has been extreme," says Landsbankinn bank analyst Daniél Svavarsson, who recalls that in 2016 a 40% year-on-year increase was recorded. "Iceland would appreciate a growth in tourism at lower levels and that is what we expect," he says. This will help the industry catch up with investments and pave the way for consolidation. ”

And that coincides with the tourism industry. “We have always known that the annual growth of the last ten years was not sustainable over time. We knew that there would come a time of declines and then consolidation, ”explains the director of the Icelandic Tourism Industry Association, Jóhannes Skúlason. He admits that the bankruptcy of Wow Air has accelerated the fall and the sector expects a year and a half of downward trend in the number of tourists, but estimates that by mid-2021 it will have reached an adequate level to ensure long-term sustainable growth of between 3% and 5% annually.