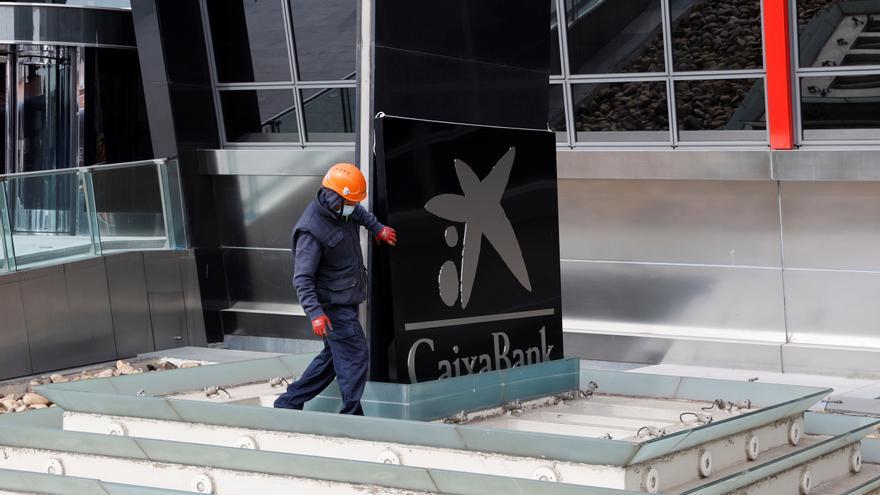 New record for Spanish investment funds. Its assets under management exceed the barrier of 300,000 million for the first time. This milestone for managers, mainly banks, comes in the midst of a battle between financial institutions to offer their clients products that bind them beyond the current accounts. Investment funds and their recurring commissions for banks have already been confirmed as one of the ways of income for these groups that are growing the most and gaining more prominence, along with insurance or pension plans.

Specifically, at the end of 2021, the investment funds based in Spain accumulated 318,000 million euros, according to data from the sector employer, Inverco. Never before has this business come close to these figures before. The previous record was reached in 2019, just before the pandemic, with 276,000 million euros. But the managers, driven by the activity of the banks, have already exceeded that milestone by 15%. The wealth managed by investment funds has doubled since the financial crisis of 2008 and has almost tripled since its lowest level in 2012.

In just one year, the managers have increased the assets they manage for their clients by 43,200 million euros. It is the highest annual increase in the historical series carried out by the employers' organization Inverco, where practically all the country's managers participate. The sharp increase in this financial activity in the last decade has much to do with two causes. The first is that banks are looking for new sources of income in the face of low interest rates. Interest is the main source of billing for banks, since it is the revenue they obtain for lending money. The second is that the households that can save are turning to these vehicles given the practically zero profitability of deposits and traditional bank savings accounts. With this, the entities have been expanding the client base to which they offer these investment funds.

The statistics, in fact, show the significant advance in the number of clients in Spain who have contracted an investment fund. The data that serves as a reference is that of participants, which does not correspond exactly to the number of individual people who have this product, since there are some clients who may have contracted more than one. However, it does allow us to verify the progress of attracting customers in this field that, in the past, was more closely linked to private banking and large estates. In 2021 alone, 3.2 million new participants have contracted an investment fund, reaching 15.8 million at the end of the course. In less than a decade the data has multiplied almost fourfold.

It serves as a reference that the average wealth of a participant in investment funds has been declining in recent years. In 2014, the average was around 30,000 euros and, seven years later, it has fallen to 20,000. As in everything, it is an average, so the differences between high net worth and small savers can be important. Just under 3,000 investment funds (2,916) operate in Spain. There are 217 more than those that existed at the end of 2020. The number of these vehicles has almost tripled compared to the data prior to the outbreak of the 2008 financial crisis.

The pandemic has accelerated a race among banking entities to convert their strategy towards businesses that allow them to have a more loyal customer. Traditional businesses (mortgages and deposits) are no longer enough for banks to continue increasing their income, which is why commissions gain prominence. b-entitiesThey look for clients who, in addition to loans, go to banks for other procedures, such as investment funds. The main groups have indicated this objective in their respective strategies and the income statements have been showing how commissions for managing client assets have grown for several quarters.

In the coming days, the results of the country's large entities will be presented, in which increases in commission income derived from this evolution in the management of investment funds will be seen. At the moment, only Bankinter has presented them, which showed in its accounts a 30% increase in income from commissions for asset management. This week it will be the turn of Sabadell and CaixaBank, in their first annual financial results after the absorption of Bankia, and the next, of Santander and BBVA. Until September, commissions already accounted for one out of every three euros entered by Spanish banks.

The data from the employers' association Inverco allow us to advance how the main investment fund managers have fared in 2021 in terms of the volume of assets they have managed. These statistics do not, however, take into account the money that the banks have in their managers in Luxembourg or the marketing of funds whose headquarters are abroad, with actors such as Blackrock or Amundi. These foreign funds are also marketed through Spanish banks, so they are also a source of income from commissions.

The battle in the managers to attract clients to investment funds is fundamentally led by CaixaBank. The Catalan entity was already a leader before absorbing Bankia, but with this it expanded its leadership position. At the end of 2021, it had almost 25% of the assets in these vehicles in Spain. Despite its important position in the sector, Competition did not see any inconvenience to the merger with Bankia in this business. They are followed by Santander (16%) and BBVA (14%). The three large entities increased their assets under management between 12% and 15% in the last year alone. However, among the main managers, there are those that are growing at an even faster rate, such as Bankinter or Unicaja, both of which have increased by around 23% in a single year.

All these data only include investment funds that have their headquarters in Spain, even if they also invest abroad. To these 317,000 million euros, it must be remembered that those found in collective investment companies and funds whose headquarters are abroad, but which are marketed in Spain, are added. There are still no closed data for the year 2021, but the CNMV has quantified that they represent another 261,000 million euros at the end of the third quarter of last year. The activity of managers such as Blackrock, Amundi, and others grew by more than 32% during the course up to that date, showing much higher growth than that of Spanish funds. In a large percentage, this money is managed from Luxembourg, the European financial center and one of the most important worldwide in asset management.