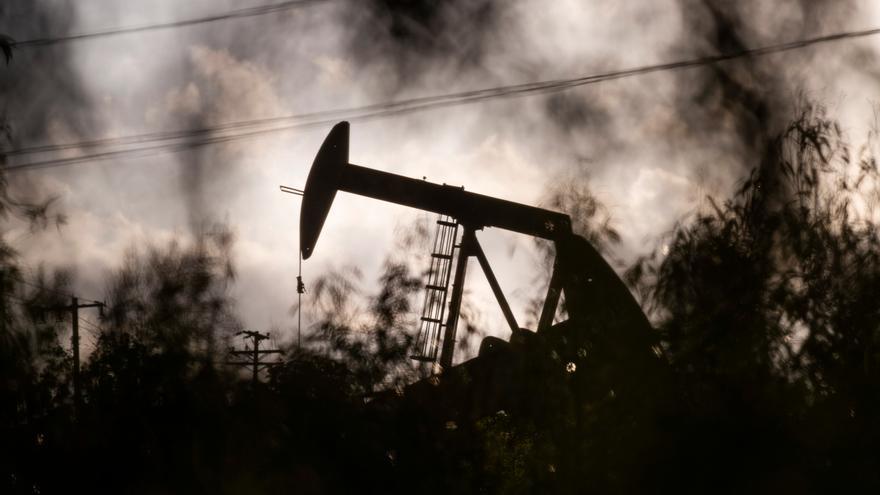 The Net Zero Banking Alliance It is an organization created last year linked to the UN and promoted by the big international banks to agree on the path of reducing polluting emissions and containing global warming. There are already more than a hundred entities from all over the world, including seven Spanish ones such as Banco Santander, BBVA or CaixaBank. Now, a report points out the contradiction since the main European banks, members of this group, continue to finance the main oil and gas companies and do not include these businesses in their commitments to stop supporting polluting industries.

The document published this week by the British organization ShareAction puts at 38,000 million dollars (just under 34,000 million euros) the financing that the 25 main European banks, members of the Alliance, have given to the 50 largest oil and gas companies since the creation of this organization aimed at reducing emissions in banking activity. "The Alliance members have committed to setting emissions reduction targets in their energy portfolios, but the guidance is silent on the expansion of fossil fuels," the report says. The document specifically points to Barclays, BNP Paribas. Deutsche Bank, and HSBC, which accumulate half of this financing since the creation of the Alliance.

ShareAction is a British NGO -linked to organizations such as Greenpeace, Amnesty International or WWF- which is dedicated to advising managers and investors on companies in which they invest, addressing issues such as working conditions or ecological transition. In this report they address the bank's commitments to limiting emissions by selecting the sectors they finance. Under the title 'Expansion of oil and gas a 'lose-lose' bet for banks and their investors', this organization points out that this alliance "has failed to have an impact on a critical issue like this."

The report acknowledges that some banks are taking steps to stop financing the most polluting industries and have made commitments, though mostly leaving out oil and gas. He points out that, since the COP21 in Paris agreed on a path to reduce emissions, the 25 main European banking groups, all of them in the Alliance, have financed the 50 largest oil and gas companies with 406,000 million dollars (357,000 millions of euros). These operations include not only the credits, but also the financing in the bond issues of these companies.

The ranking prepared by ShareAction places HSBC, Barclays, BNP Paribas and Crédit Agricole in the lead. But there are also three Spanish entities. Santander occupies the seventh position, with 20,600 million financed between 2016 and 2021; BBVA is the fifteenth, with 9,500 million; and CaixaBank, which is in twenty-second position, with 429 million. Petrobras, Pemex, Repsol or TotalEnergies are the main companies in the sector that are financed by Spanish banks. Although, the report itself shows that these entities have reduced their investment in these activities in the last year and are in the lower half of the ranking.

ShareAction points out about the financing commitments to polluting industries that it should not be limited to credits for the opening of new extraction projects, which would have an "insignificant" impact. Nor only to loans for these companies without requiring a decarbonization plan. The report points especially to the role of banking as "insurance" in debt issues. In other words, it requires banks to stop being an intermediary in the placement of company bonds in these sectors, which is currently the main financing operation they carry out.

This report points out that both companies that continue to search for new fields and oil and gas projects face a long-term problem in seeking a profit in the short term. Specifically, he points out that if these sectors are committed, but the demand meets the objectives of ecological transformation, these companies will see prices plummet and the banks will see that these assets will lose value and will not have the expected returns.

Added to this is another risk that affects the financiers, the banks: reputational. This situation, the report explains, creates a volatile environment in which "the economic impact of a project can quickly be outweighed by the operational damage." Specifically, it points out how groups such as Fridays For Future or Extinction Rebellion are focusing not only on companies that carry out new projects, but also on those that finance them. "That is why banks that support clients without specific expansion red lines face high reputational risks," the report says.

The report, with which ShareAction intends to serve as a reference for investors who participate in the capital of banks, regrets that a large part of the commitments that banks are making for the coming decades of emission reduction, such as the aforementioned Alliance, are focused on coal, while omitting concrete commitments for oil and gas. "Banks must urgently explain their expansion objectives in these sectors," recommends the organization.

The report acknowledges that banking decisions are being accelerated to avoid their presence both in coal mining projects and in power plants that use this fuel. In September, only a third of the 25 banks analyzed had made commitments to reduce carbon and since then they have doubled. But, therefore, half of them have not yet established their path of reducing funding to this sector. The report attributes the advance to the pressure that investors are exerting on banks to lower this exposure. Among the banks that have been making these commitments are in Spain both Santander and BBVA, which last year set out their decarbonisation goalsfocused on coal.

However, ShareAction recalls that the International Energy Agency, attached to the OECD, points out that in order to meet the objectives of curbing global warming, the commitments to reduce emissions must also take into account oil and not just coal. In fact, regrets the report, there are fewer European financial institutions that have made commitments along these lines. It only identifies the German Commerzbank, the French Crédit Mutuel and the Banque Postale; the British Natwest and the Danish Danske Bank among the entities with a path outlined to reduce their presence in the sector. In fact, Banque Postal, a French public bank, stands out for being the only one that has announced its exit from the sector in 2030 and that it will not finance any company in this industry if it does not commit to a path out of this business.