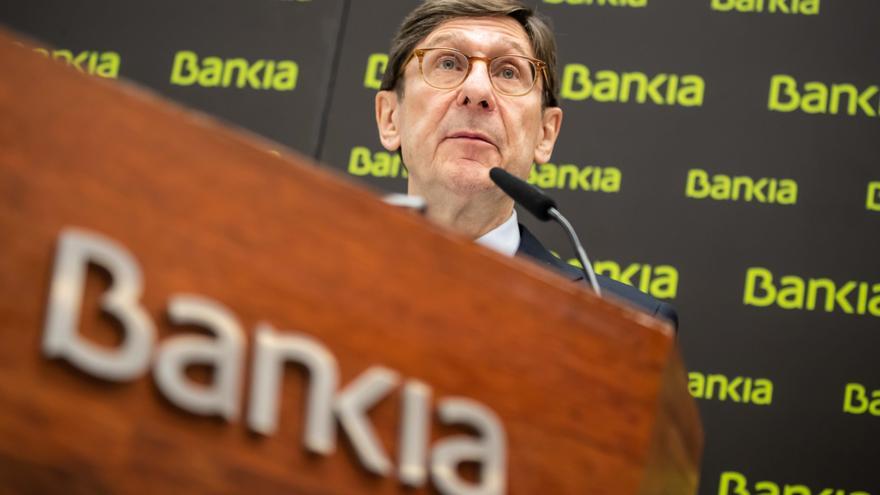 Bankia’s disappearance from the streets already has a date: next summer. This was announced by its chairman, José Ignacio Goirigolzarri, in the last presentation of the results of the rescued entity in 2012. As has already been advanced, on the occasion of the merger of Bankia with CaixaBank, all the branches of the former will operate under the mark of the second. “The process will begin shortly after the commercial closure,” according to Goirigolzarri. The merger is expected to be effective before the end of March.

Once this union is consolidated, Goirigolzarri has pointed out that the process will take “three or four months”, depending on whether the pertinent authorizations are actually received during the expected period. In this way, the 2,127 Bankia branches, except those affected by the network cut-off, will be transferred to CaixaBank, thus disappearing the brand that was born in 2011 after the union of seven savings banks, including Caja Madrid. “Our idea is that the rebranding process takes place immediately after the merger, slow but fast,” said the one who will later become Chairman of CaixaBank.

The financial group said goodbye this Thursday to the presentation of results, convinced that when the accounts for the first quarter of this year are presented, it will already correspond to CaixaBank. Goirigolzarri has ensured that the process follows the expected procedures. “Our expectation, with respect to the decisions of the CNMC, is that we do not expect any type of restrictions”, pointed out the president of Bankia, who has defended that, although in some businesses a 25% quota is reached, no supposes a decrease of competition in the sector. “During these years, the Spanish banking system has undergone a very important concentration process, but the levels of competition have not decreased, they have risen,” he stressed.

Although the merger with CaixaBank is imminent, there are still some questions about the new entity that have not materialized, such as what will be the volume of cuts in offices and staff or how the new bank management committee will finally be composed with the union of both entities. One of the doubts will be what is the role of the current Bankia CEO, José Sevilla. Regarding this, Goirigolzarri has avoided making any assessment, arguing that work has begun on it this month and no decision has yet been made.

The bank has closed its last year with a profit of 230 million euros, which represents a sharp cut of almost 58% compared to the results of 2019. This decrease is mainly attributed to the 505 million euros that the entity It has reserved as provisions for the foreseeable deterioration of the balance caused by the coronavirus pandemic. Revenues have been 3,088 million euros, with a drop of just under 5%, but sustained by the strong advance in commissions thanks to businesses such as investment funds or pension plans.

Furthermore, Bankia highlights the evolution of the fourth quarter of the year, which reflects a growth of the ‘core’ result of 10.8% over the same period of 2019. The ‘core’ result of the last quarter has been, according to the CEO of Bankia , José Sevilla, the highest in the last three years, exceeding 2019 by 11% and 2018 by 24%. Likewise, the delinquency rate stood at 4.7% in 2020, compared to 5% in which it was a year earlier, and the coverage ratio rises 4.2 percentage points compared to December 2019 and reaches 58.2%.

Three outbreaks in prisons in the Canary Islands leave 83 infections