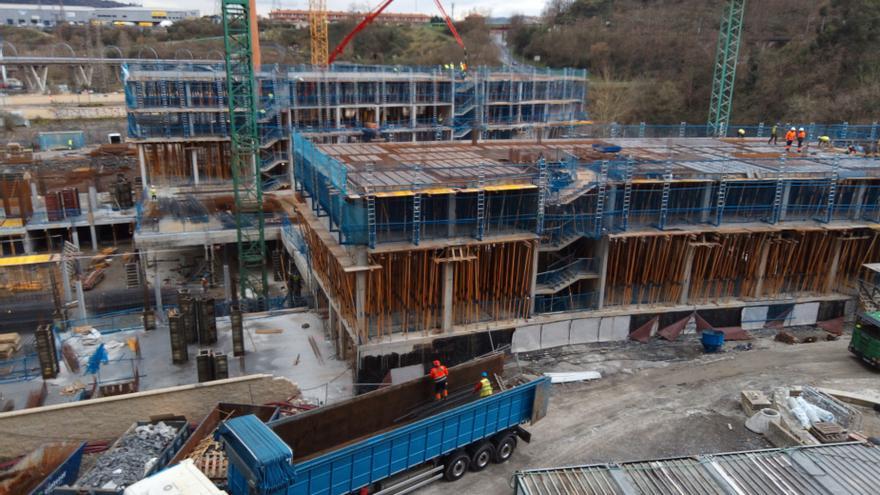 Green mortgages and an ambitious plan to renovate homes and improve their energy efficiency. A priori, they are two separate processes. The first is the business that the bank is testing with its initial offers in this regard. The second is one of the commitments that the Government has included in the Recovery and Resilience Plan to obtain European funds. However, in practice, both phenomena are condemned to converge in time. As more homes meet energy efficiency standards, banks will expand a business that is still in its infancy.

The Government has approved this Tuesday, in its last Minister council before the summer break, one of these first plans focused on the rehabilitation of houses. It was announced by Teresa Ribera, third vice president and minister for the Ecological Transition. The plan will be dedicated to municipalities with fewer than 5,000 inhabitants and funds will be mobilized between the central government and the communities to subsidize the improvement of the energy efficiency of homes located in these localities, also promoting the transition towards solutions that are not based on fuels. fossils.

Following this plan, the projects that the Government has committed to Brussels will follow in the coming months and years, generating an incentive for the incipient market for green mortgages. The initial premise of these loans is based on having conditions that encourage the purchase of homes with greater energy efficiency. By means of a lower interest rate or by eliminating certain commissions, the most sustainable houses would be rewarded. This would result in cost savings for the home by reducing energy consumption and, therefore, more resources to repay the credit.

However, in practice, the business is in such an incipient phase that it is still possible to find traditional loans with better conditions than those offered by entities that have opted for green mortgages and without some required obligations. For example, there are banks that limit the repayment term of these sustainable mortgages to 15 years, while the average in the sector is 25 years.

The offer is not very wide to date, but some banks have been positioning themselves in this business, facing a foreseeable future growth. Until not long ago, this product was offered only in the ethical banking niche, but now large banks have also begun to promote it. In recent weeks, Bankinter has joined, the currently fifth largest entity in the country, which has submitted an offer for mortgages for the purchase of new homes with energy certification A or second-hand and rehabilitated from the B seal.

Before Bankinter, other groups had taken their first steps in this nascent activity, although without a common model. Some discount the interest rate of a traditional mortgage if the house is sustainable; Others develop a framework of specific conditions for these houses and a third group eliminates certain commissions.

Santander was the first of the large banks to launch a sustainable housing loan. In your case, it is a reduction in the interest rate with homes with high energy certification. BBVA and Sabadell joined at the end of last year, although only for fixed mortgages. Bankinter eliminates the opening commission if the home meets certain conditions. Liberbank or Kutxabank have also positioned themselves in the market.

The business has started to take shape in 2018, but especially in the last few months. Its presence is, therefore, limited in Spain and in Europe as a whole, with exceptions in Nordic countries such as Norway or Sweden. One of the problems encountered by the sector to date is that there is no single conception of what a sustainable home is or what a green mortgage is. In addition, there are large differences in the various markets in the housing stock with the highest efficiency rating (labels A or B). According to a report by the Fitch agency on this sustainable loan business, susceptible homes in territories such as the Netherlands reach 35%, while in Spain there is barely 2%. In other words, the potential market for green mortgages at the moment is much lower.

In fact, as Fitch pointed out in its report, there are practically as many notions of what a green mortgage is as there are countries in Europe. As there is no common model to date, different employers in the sector at the community level have been creating certain green labels for this type of mortgages, in an attempt to create a homogeneous concept in the market.

The banks’ interest in a common label is not merely environmental, but also business. Mortgage activity is often financed with what are known as cédulas, debt issues backed by these mortgage contracts. To the extent that there is a greater number of loans considered “green”, banks will have more options to issue what are known as “green bonds”, which have other conditions when it comes to attracting investments.

This type of debt issuance, which must specify sustainable objectives, is on the rise in the markets, so much so that the Spanish State itself has announced that will start issuing green bonds in September. However, although there are labels that endorse this type of emissions, they are made with a self-regulation scheme, which has raised some controversy. The ECB itself has recently questioned the usefulness of this type of bond and has recognized that “greenwashing” is a problem.

However, the European Commission has recently drawn, within its objective of designing a common sustainability taxonomy for the whole EU, indications of which houses can be considered green. Specifically, those that are among the 15% most efficient in each country may be. At first, the proposal was more restrictive and was limited only to houses with label A, as reported by Expansión. With this, a much wider range of possibilities was opened up for banks in Spain.

The EMF-ECBC is an organization that encompasses issuers of mortgage bonds throughout Europe and that includes the Spanish Mortgage Agency, where the large banks of our country participate. This group had developed their own green label but welcomed the Commission’s approval of this taxonomy. “It will strengthen and accelerate the transition to a more sustainable economy with greater social inclusion and market transparency, in order to benefit consumers, credit institutions and the economy in general,” it said in a statement.

The aforementioned rating agency Fitch, in a report focused on this sustainable loan market, pointed out that the measures that had been implemented in Europe during the past year to try to develop this business were “insufficient”. He added that Europe’s housing stock is “old” and that a boost was needed to improve its energy efficiency. It is estimated, with data from the European Commission, that 75% of homes are inefficient. For this reason, it celebrated the steps that Brussels had taken in harmonizing what is considered “green” for the development of this business.

Having passed this community procedure, banks will face a context in the coming years that will boost the existence of this type of credit. The Recovery and Resilience Plan, with which the Government has requested European funds after the pandemic, contemplates an ambitious plan to rehabilitate homes. The project designed by the Executive includes an investment of 6,200 million euros between 2021 and 2023, financed with European funds, for this purpose. This includes rehabilitating 1.2 million homes and building 20,000 social rental houses. Improving the energy efficiency of buildings and homes opens the door to a much larger green mortgage market.

The Ministry of Transport, Mobility and Urban Agenda, in the Recovery Plan component in which this project for the rehabilitation of houses is collected, it states that “the development of green financing will be stimulated in collaboration with the banking entities, thereby contributing to the promotion and verification of the actions”. In other words, banking and its green financing will play a role in improving the energy efficiency of the housing stock in Spain.